The National Shooting Sports Foundation has posted their adjusted NICS checks for the month of January 2013 and they are astounding. Not only does this mark the 32nd straight month of increases compared to the prior period the year before but the numbers for January constitute the second highest month on record. Only the previous month of December eclipsed the January numbers. 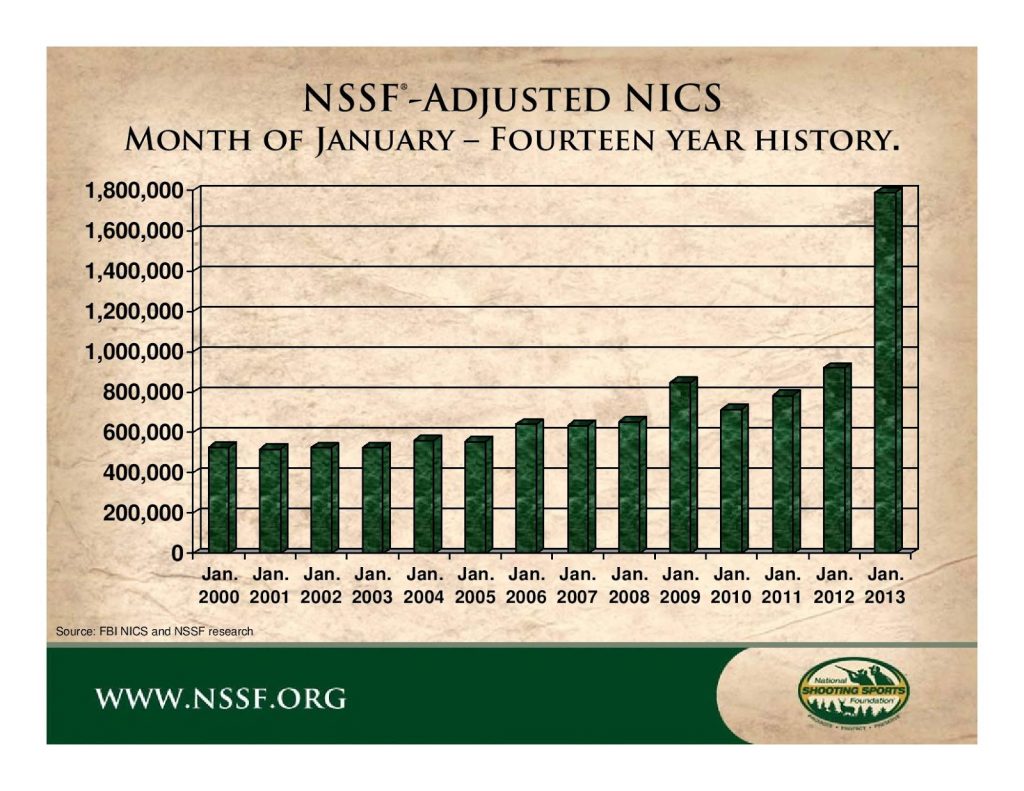 94%! The anecdotal reports that I have read and heard about suggest many of the firearms buyers are first time buyers who have been spurred on in their purchases by the clamor for gun control since the Newtown shootings. As others have commented, just how many of these new gun owners are going to surrender a firearm that they have just bought at inflated prices? Precious few.

Looking at the chart below which compares the current period with the year prior period you can see a substantial increase starting in November 2012. While earlier months do show increases, it is nothing like the last three months and especially December 2012 and January 2013. If the NSSF-adjusted NICS checks are down in February 2013 compared to February 2012 I would speculate that it is tied to the low inventories in many gun shops.

As always I need to add the caveat that NICS checks are not a direct correlation with firearms purchases. Holders of concealed carry permits in a number of states do not have to go through a NICS check as the permit suffices for that. Moreover, states such as Kentucky, Iowa, and Michigan use the NICS system to do part of the background check for new carry permits as well as using it to check on existing permits. That said, the adjusted NICS checks are a good indicator of trends in firearm sales.