74 years ago today, on December 7th, 1941, fighters and bombers of the Imperial Japanese Navy attacked the US Pacific Fleet in their home port of Pearl Harbor at 7:55am local time. IJN fighters and bombers also attacked US Army Air Force installations at Hickham, Wheeler, Bellows, and other air fields destroying most of the aircraft on the ground.

Most of the veterans on both sides have now passed away due to age. The National Pearl Harbor Survivors Association, in fact, disbanded at the end of 2011 due to the advanced age of the remaining survivors.

One of the few live broadcasts of the attack was from KGU Radio in Honolulu.

A list of the ships of the Pacific Fleet in port on December 7th can be found here along with the damage suffered. As bad as the attack was, most of the battleships went on to fight again later in the war.

The battle for Wake Island began simultaneously with the attack on Pearl Harbor. The IJN and the Japanese Imperial Army launched widespread attacks beginning December 8th on the British in Malaya , the Dutch in the Dutch East Indies (Indonesia), and the Americans and Filipinos in the Philipines and Guam.

One immediate impact of the attack was that the industrial base of the United States shifted from a peacetime to a wartime footing. The propaganda poster below was meant to urge workers on. 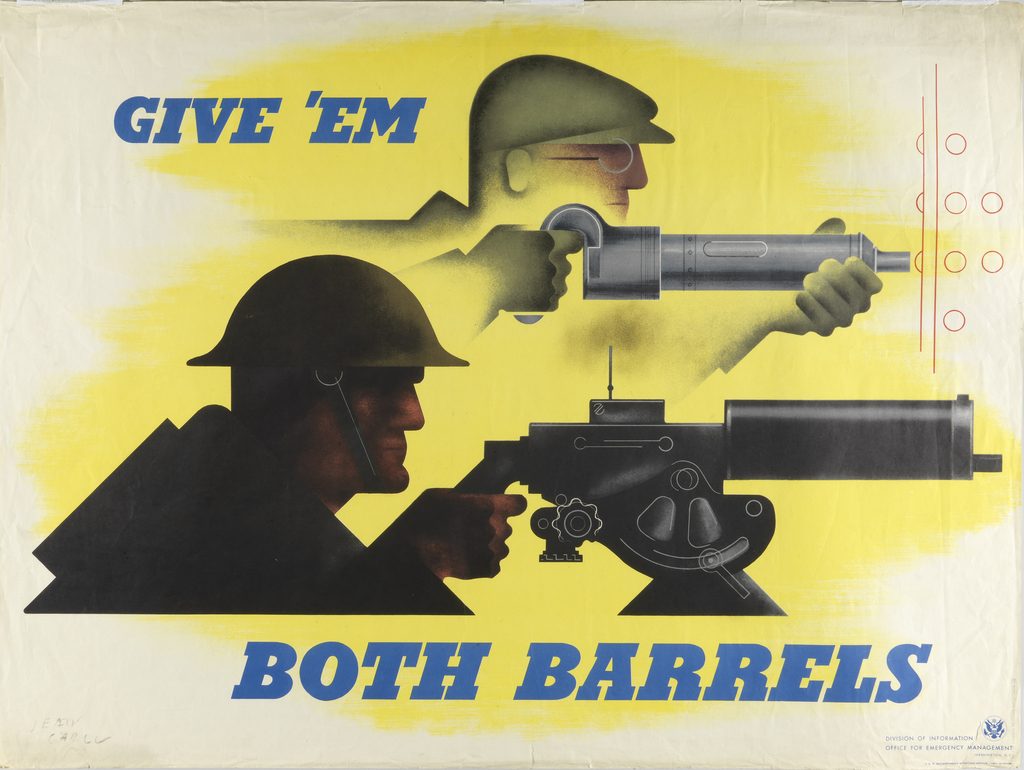