The National Shooting Sports Foundation released their adjusted-NICS checks report this week. It marks the 17th straight month with year over year increases compared to the same month in the prior year.

You can see it graphically in the chart below: 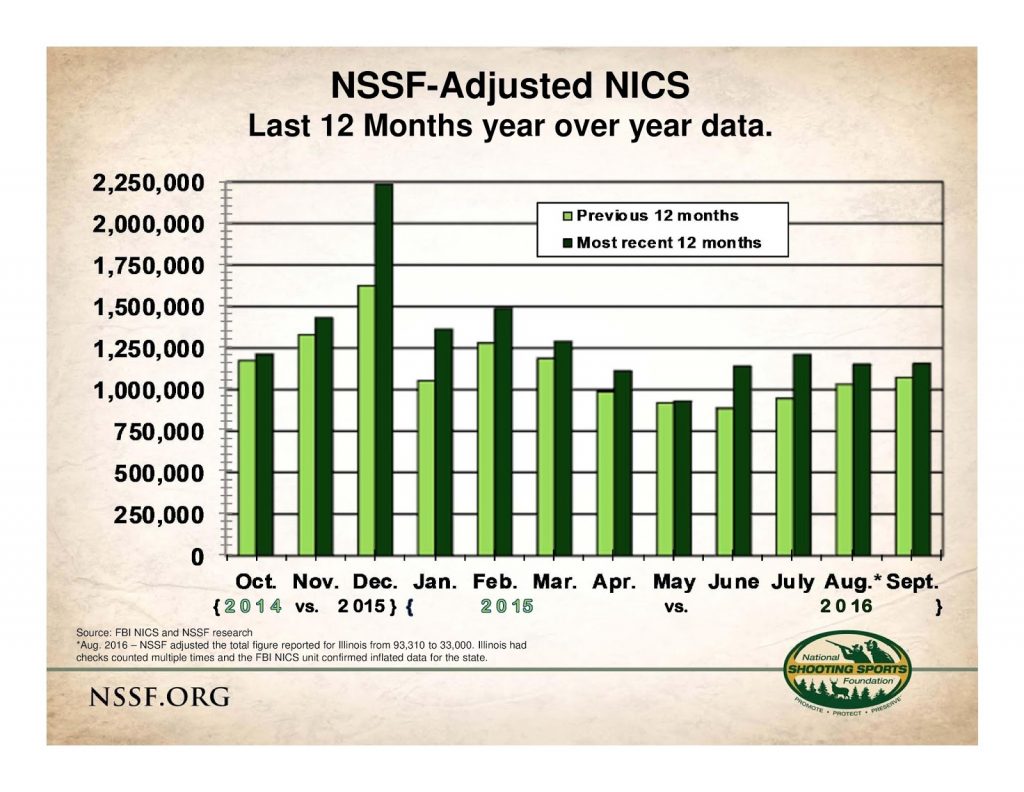 September 2016 also marks the highest September in the past 17 years. 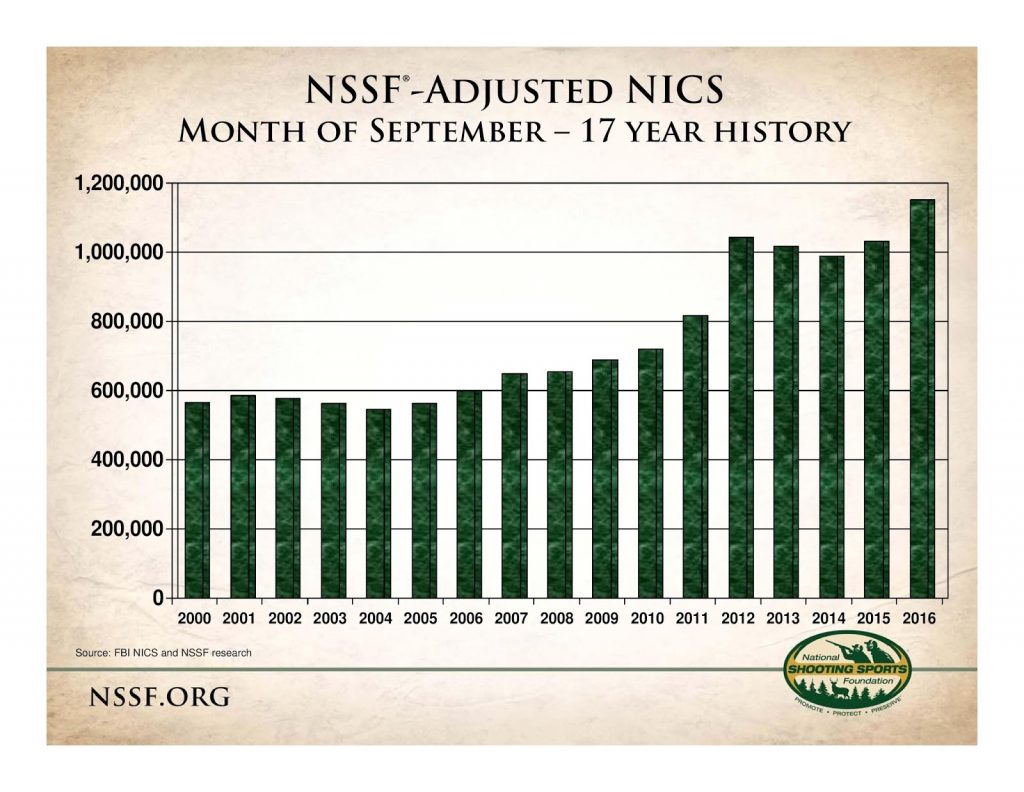 The adjusted NICS checks subtract out the NICS checks that are used by many states for carry permit checks and rechecks. States such as Connecticut and Illinois use the NICS database for their checks.

It should also be noted that in many states such as North Carolina and Texas a carry permit substitutes for a NICS check. While the retail purchaser must file out a BATFE Form 4473, a NICS check is not run.

Depending upon how close the election is in October and the likelihood of Hillary Clinton winning, I would not be surprised to see another record month for October. If Clinton wins, God forbid, then Katie bar the door.

This post was co-written by John Richardson and Barb Richardson

3 thoughts on “Another Record Month For NICS Checks”