I can’t help but compare the young men – boys really – who stormed the beaches of Normandy with the young men of today. Those young men’s formative years were during the Great Depression. It didn’t matter if they were “Harvard men” or eighth grade drop-outs they had all lived through it and were impacted by it. There are some Millennials who are made of the same stern stuff as the infantrymen and combat engineers who came ashore that day but they are few and far between. 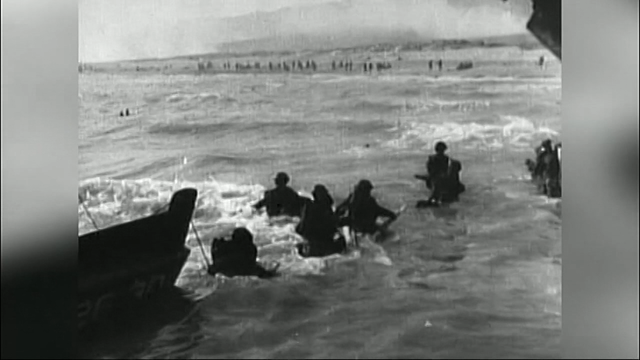 The men above had to wade ashore in chest high water wearing heavy, impregnated uniforms. They then had to make their way up across the wide beach and over the bluffs in the background. the Germans rained fired down upon them. If they survived that, then their battle to defeat the Germans and to establish a beachhead began.

To put their odds of making it off that beach into perspective, here are the casualty counts (killed, wounded, missing) by landing beach from West to East. This does not count the airborne and glider landings.

The casualty rates in the first waves ran as high as 50% The number of men killed on D-Day was traditionally given as about 2,500. However, more recent research by the US National D-Day Memorial Foundation puts the number as much higher. Their estimate derived by checking unit reports and names of individuals killed put the American number of deaths at 2,499 and other Allies at 1,915 for a total of 4,414.
I think it is important to remember the sacrifice of these men as so few of them are alive today. I would hate to see this fade from memory.
Post Views: 538
Tags: D-Day