Gun sales in 2012, 2015, and 2016 were so high as to be outside the norm. They were at least one, if not two, standard deviations from the long term average. We know much of the difference was driven by outside events such as the Newtown murders and the widely-assumed probability that Hillary Clinton would succeed Obama as president. What we are seeing in 2017 is a return to the norm but at a higher level.

The National Shooting Sports Foundation just released their adjusted-NICS figure for December 2017. The figure of 1.6 million NICS checks was down 12% from the prior year. That said, it still was the 5th highest December for the adjusted NICS checks on record. 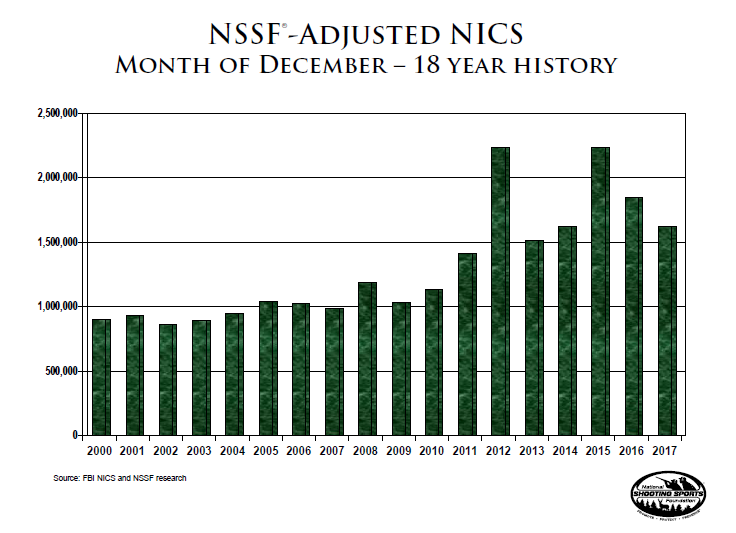 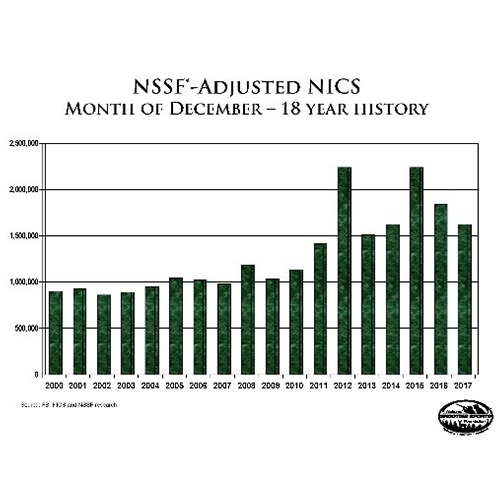 It is important to remember that NICS checks in and of themselves do not have a one-to-one correlation with gun sales. There can be more than one firearm on a single Form 4473. Likewise, carry permits from states like North Carolina and Texas substitute for NICS checks. Finally, many states use the NICS system for their original and continuing checks on those that they’ve issued carry permits.

I will be heading to the SHOT Show which begins in two weeks. I will be reporting regularly on what I’m seeing and what I’m hearing. I am particularly interested in the tenor of conversations I have with dealers.

One thought on “The Sky Is Not Falling For Gun Sales”