The Drudge Report has this mash-up on their home page regarding the Obama Administration’s invoking executive privilege. 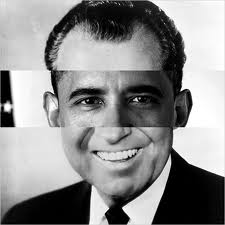 Sen. Chuck Grassley (R-IA) has responded forcefully to the White House’s claim of executive privilege for the documents involved in Operation Fast and Furious. He says it now raises even more questions.

Senator Chuck Grassley made the following comment about the President’s action today claiming executive privilege in response to congressional oversight of the government’s Fast and Furious gun-walking program. The congressional investigation began with Senator Grassley’s inquiry into whistleblower allegations that the government had allowed the transfer of illegally purchased weapons found at the scene of the murder of U.S. Border Patrol Agent Brian Terry. The Department of Justice denied the allegations to Senator Grassley for 10 months before being forced to withdraw its denial in face of evidence to the contrary.

Prof. Ken Klukowski of Liberty University School of Law had an article yesterday in Breitbart.com saying that Attorney General Eric Holder will lose in court if he pushes executive privilege as the reason for failing to comply with the subpoena from the House Oversight and Government Reform Committee.  Klukowski notes that there are two forms of executive privilege – presidential communications and deliberative process. The former is rooted in the Constitution and protects candid discussions between the President and his advisors. The latter is derived from common law and is considered a much weaker defense.

The only defense Holder can assert is to say that these documents are protected by executive privilege. That’s the doctrine that the president and his subordinates are independent of Congress, and that certain information can be kept secret to enable each president and his administration to do their jobs effectively. Though often asserted when information is sought regarding the president’s confidential conversations or for decisions involving military decisions or foreign diplomacy, executive privilege can be attempted whenever someone in an administration does not want to comply with a congressional subpoena.

But Holder will lose that legal fight if Issa and House Republicans persist in pursuing this investigation, as they should. This is in part because there are two types of executive privilege, as I explain in an academic publication. The first is the presidential communications privilege, which shields conversations a president has with his advisors. It’s rooted in the Constitution’s separation of powers, and allows every president to receive candid advice on how to discharge his duties.

That privilege only extends to communications directly involving the president, however, so instead Holder can only assert the second type of executive privilege, called the deliberative process privilege. It’s a common-law doctrine that is not found in the Constitution, and as such is a much weaker defense. Two centuries of legal precedent strongly suggest that if Holder tries claiming that this weaker form of executive privilege empowers him to refuse to answer Congress, the courts will smack Holder down–hard.

Klukowski examined the issue in detail in an article in the Cleveland State Law Review. A copy of that article can be found here.

Klukowski was interviewed by Cam Edwards of NRA News last night. In the interview he expands upon his article in Breitbart discussing why he thinks Eric Holder will lose in court if the Republicans show some spine and pass a contempt of Congress citation.