I will freely admit that I’m not a fashionista.

The Wall Street Journal had an article in their Personal Journal section yesterday noting that Mr. Hilfiger had brought in two designers to update his brand. Normally, I would have just ignored it. However, one of the pictures caught my eye.

They had taken the L.L. Bean Maine Hunting Shoe (or Bean Boot or duck boot) and tranformed it into a thigh-high boot with 5″ heels. Searching for more information on this, I find out that it was one of the staples of Mr. Hilfiger’s 2010 Fall Collection and the boot retailed for $498. 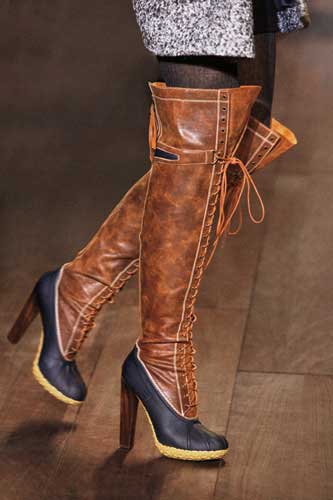 I also found out that they had an ankle boot version of this boot called the Bennington Duck Boot which was much more reasonable in price. It is only $298. 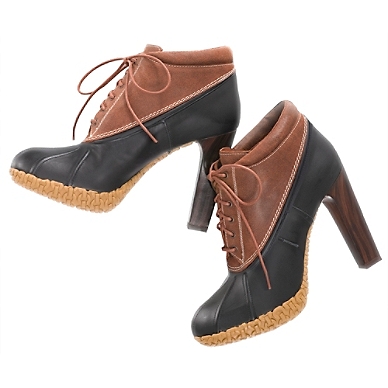 I have had many pairs of the Maine Hunting Shoe over the years but none like that! I’m not sure where you’d wear these but I know it isn’t in a field. Even the much-discussed LuckyGunner Ammo Girls wore sneakers at the LuckyGunner Memorial Day Blogger Shoot.

As I said in the title, I’m sure old Mr. L. L. Bean is rolling in his grave over those boots. That is, of course, unless the Tommy Hilfiger Company paid Bean’s a royalty for copying their basic design. Those old Maine Yankees understood the value of a dollar.