One of the more unusual propaganda posters published after the attack on Pearl Harbor has to be the one below. 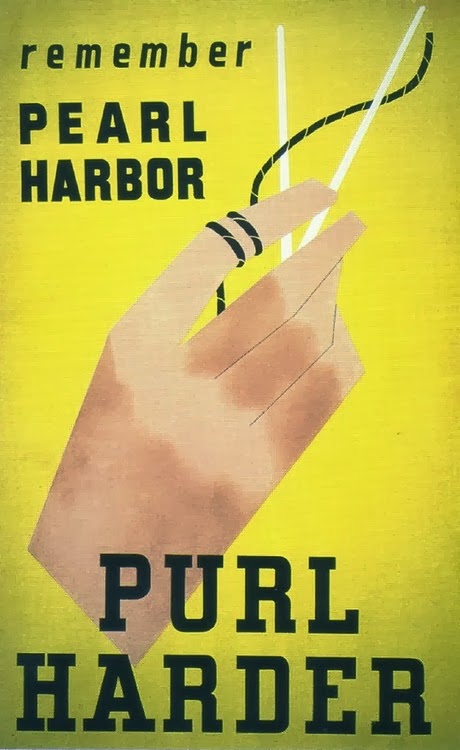 It is trying to encourage the women of America to do their part by knitting wool socks and sweaters for the fighting men. You will notice that the knitting needles form the “V for Victory”.

The poster above is part of the collection of the Smithsonian’s National Museum of American History.

I came across this interview with Trooper Stan W Scott, No. 3 Army Commando, in which he demonstrates the proper use of a Fairbairn-Sykes Fighting Knife. He was giving a lecture at the National Army Museum in London in connection with a 2011-2012 exhibition. The exhibition was entitled “Draw Your Weapons: The Art of Commando Comics”.  Commando Comics are a military oriented series of comic books dating from the 1960s that are still being published in the UK.

These old WWII veterans fought in a brutal war where both strength and cunning were prized. It shows in his demonstration on how to fight with a knife.

Old NFO has a very interesting post up about an abandoned airstrip located on the Pacific island of Tinian. What makes North Field and Runway Able of note is that it is where the instruments that ended WWII took off from.

Those instruments were two B-29s – the Enola Gay and Bockscar – which carried “Little Boy” and “Fat Man”. In other words, the planes that carried the atomic bombs that were dropped on Hiroshima and Nagasaki.

My dad was in an Overseas Replacement Depot in Florida having returned from service with the Army in the Caribbean Defense Command. He could very well have been reassigned to Operation Downfall for the invasion of Japan. As it was, VJ Day was August 14th and my parents were married later that month.

Read Old NFO’s full account as it makes interesting reading for those interested in the history of WWII.

The Complementary Spouse’s uncle sent me the video below. It describes the Allied effort in World War II to get gasoline from Great Britain to the front in continental Europe. It was called Operation Pluto for Pipe Lines Under the Ocean.

Mike Vanderboegh recently had a post about the importance of logistics for the Russian Army in their Chechnya campaign. It was based upon an article that had appeared in the Marine Corps Gazette. The article found that the Russians struggled in their battle due to their logistical problems.

The National Military History Center in Auburn, Indiana is auctioning off part of their collection in order to settle their mortgage. Auctions America is handling the auction for them. The auction catalog is here.

They will be offering 100 lots of WWII artifacts and 82 lots of military vehicles.

Worried about Predator drones flying overhead? Then how about an 88mm flak gun – demilled unfortunately? 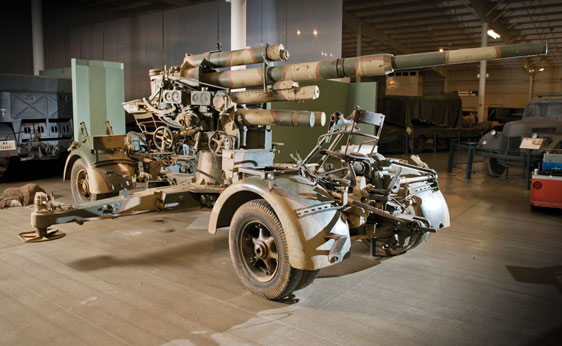 Tired of having to fight traffic? How about this – a 1944 M16 half-track with double M-2s in a motorized mount? 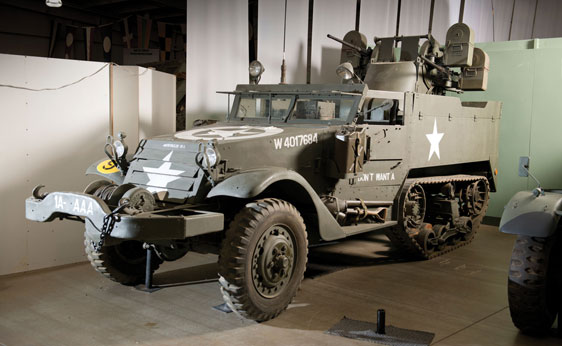 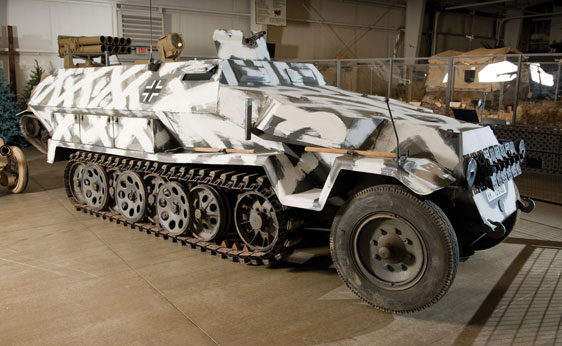 I didn’t see any tanks in the catalog but there are a lot of motorcycles, trucks, and other assorted vehicles along with the uniforms and demilled MP-40 sub-machine guns. None of these auctions have reserves but I expect collectors will be paying a fair price for some of these items.

The Complementary Spouse’s uncle sent me this yesterday. Given that the Oscars are tonight, I thought the timing was appropriate.

It is a short film featuring aerial combat between an RAF Spitfire and a German ME-109 during WWII. What makes this film so unique is the surprise ending. That and the attention to detail including the Webley revolver and the SMLE rifles.

The short film is approximately 10 minutes long. If you want to know more about the movie and how it was made go here.

The German from Nick Ryan on Vimeo.

The Atlantic is running a 20-part weekly feature on key events in World War II in pictures. The current one is on the campaigns in North Africa including pictures of German, Italian, British, Commonwealth, and American troops. An Australian unit in shown below.

Family legend has it that my father’s combat engineer unit was to have been part of the invasion of North Africa but their ship was diverted to the Caribbean. I don’t know how true that is but he did have the European/African/Middle Eastern Campaign Medal. 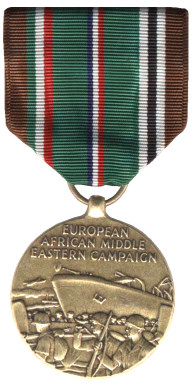 As Rick Atkinson writes in the Prologue to his great history of Operation Torch and the American battles in North Africa, An Army at Dawn, this campaign marked the beginning of the United States as a great power.

From a distance of sixty years, we can see that North Africa was a pivot point in American history, the place where the United States began to act like a great power — militarily, diplomatically, strategically, tactically. Along with Stalingrad and Midway, North Africa is where the Axis enemy forever lost the initiative in World War II. It is where Great Britain slipped into the role of junior partner in the Anglo-American alliance, and where the United States first emerged as the dominant force it would remain into the next millennium.

None of it was inevitable — not the individual deaths, nor the ultimate Allied victory, nor eventual American hegemony. History, like particular fates, hung in the balance, waiting to be tipped.

Measured by the proportions of the later war — of Normandy or the Bulge — the first engagements in North Africa were tiny, skirmishes between platoons and companies involving at most a few hundred men. Within six months, the campaign metastasized to battles between army groups comprising hundreds of thousands of soldiers; that scale persisted for the duration. North Africa gave the European war its immense canvas and implied — through 70,000 Allied killed, wounded, and missing — the casualties to come.

No large operation in World War II surpassed the invasion of North Africa in complexity, daring, risk, or — as the official U.S. Army Air Force history concludes — “the degree of strategic surprise achieved.” Moreover, this was the first campaign undertaken by the Anglo-American alliance; North Africa defined the coalition and its strategic course, prescribing how and where the Allies would fight for the rest of the war.

With modern equipment, 84-year old WWII sniper, Ted Gundy can still deliver the shot. He had a 5 inch group at 1,000 yards. And they were all head shots.

This is an interesting story. The P39 Airacobra was not used much by the U. S. Army Air Force as an interceptor during WWII due to the lack of a supercharger for its engine. This limited its speed and thus its usefulness about 17,000 feet. As a result many were shipped to the Soviets who were desperate for any type of plane. The Red Air Force found a good use for it as a ground attack fighter especially with its 37mm cannon.

The plane in this story was one of the Lend-Lease P39’s sent to Russia. It was found intact in a lake in Siberia and was eventually brought back to a museum in Buffalo, New York.

65 years ago today, Japan announced their acceptance of the terms of the Potsdam Declaration and hostilities ended in the Pacific.