If you are of a certain age, you’ll remember the 60s TV spy show called “The Man from U.N.C.L.E. It starred Robert Vaughn as Napolean Solo and David McCallum as his sidekick Illya Kuryakin. They were secret agents for the United Network Command for Law-Enforcement and engaged in weekly battles with the evil-doers from THRUSH. 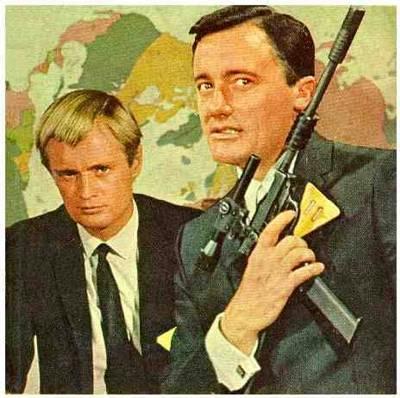 Napolean Solo carried a modified Walther P.38 that could be turned into a carbine by screwing on a longer barrel, a scope, and skeleton stock. Long before gun banners and nanny-staters thought it was evil for kids to have toy guns, the Ideal Toy Company produced a Man from U.N.C.L.E. toy gun. I remember one of my cousins got one for Christmas and we had a great time playing spy around my Grandmother’s house that Christmas.

Leave it to an enterprising Texan to come up with a real working version of it! Brad Ferguson of Amarillo has created his own version of the U.N.C.L.E. carbine as carried by Napolean Solo. He has made both functioning firearms and an Airsoft version of it. In addition, he has reproductions of the shoulder holster used in the show. He has produced a series of YouTube videos showing the assembly of the carbine as well as actual live fire testing at the range.

Assembling the Carbine
Details of the U.N.C.L.E. gun with the theme music from the show.
First test firing of a functional model.
At the range.