In a story from Washington State on how gun owners are preparing for new gun control law that go into effect July 1, there is this.

He tells Action News that as July approaches, his military surplus store, The Bunker, is selling more receivers for ArmaLite Rifle 15-style (AR-15) than expected.

I’m glad that that the author of the story recognizes that AR stands for ArmaLite Rifle and not “assault rifle” or “automatic rifle”. That said, you see it so rarely spelled out that when you do, it just looks looks weird.

Those guys in South Carolina really know how to stick it in the face of the gun prohibitionists. Palmetto State Armory is selling AR lowers with the logo #ONEMORE engraved on it. They are even on sale this weekend.

If I needed another AR lower, I’d certainly consider it. As it is, I have too many builds planned with the parts bought and not enough time. 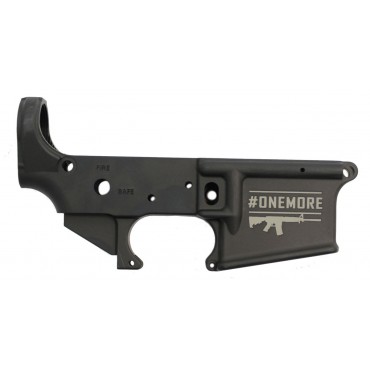