The 33rd Gun Rights Policy Conference in Chicago ended yesterday. I was honored to be on the panel speaking on Using New Media to Advance Gun Rights. I was joined on the panel by Don Irvine of Accuracy in Media, Paul Lathrop of the Polite Society Podcast, and Charlie Cook of Riding Shotgun With Charlie (on YouTube). This was my fourth time to be on the panel and I’m still surprised to be asked each year.

Below is my speech. This year I recognized that we are under attack like never before and need to up our game. I also recognized the diversity of those supporting our civil right to keep and bear arms. I don’t care who you sleep with or the color of your skin or even your political beliefs so long as you unreservedly support the right to self-defense and the right to keep and bear arms.

I blog at No Lawyers – Only Guns and Money and am also a co-host of the Polite Society Podcast.

If anything this year and indeed this past week have shown, it is that we are in a culture war. Everything we hold dear is under attack by an unholy alliance of the well-financed gun ban lobby, tech oligarchs, and the mass media. They have the money, they control the air waves, and are increasingly controlling and censoring our social media. Moreover, they have gotten smarter, savvier, and are actually, unfortunately, gaining a grass roots.

Nothing but our personal destruction will satisfy them. One need only to look at what they are trying to do to Judge Kavanaugh or to the vile, personal, and vicious attacks by former Parkland student David Hogg on those who would oppose his gun control agenda to understand this. In my past talks on using new media to advance gun rights I took a kinder, gentler approach.

We are all warriors in this culture war or we wouldn’t be in this room this morning.

I look out across this room and I don’t see men or women, young or old, gay or straight, liberal or conservative, white, black, Hispanic, or Asian. I see the Special Forces of the gun rights movement – people who believe in freedom, the right to armed self-defense, and the right to keep and bear arms – and who have the will to fight for it.

We have to be like the Green Beret A Teams sent behind enemy lines to create insurgencies to sap the strength and will of those who would curtail our constitutional rights.

Let me give you an example. When a Federal court in Washington State ignored the First Amendment implications of suppressing computer code and issued a temporary restraining order preventing Defense Distributed and the Second Amendment Foundation from putting it online, a group of civil rights groups including the Calguns Foundation and the Firearms Policy Coalition who were not covered by the order set up a website and put the information online themselves. They knew you couldn’t stop the signal.

I and hundreds of thousands others downloaded it. However, we didn’t stop there. We put the links up on Facebook, Twitter, and elsewhere. When the oligarchs running Facebook and Twitter tried to suppress the links, we went around them and put up pictures of the links or used barcodes. CodeIsFreeSpeech.com is still up and running and it infuriates the anti-gun, anti-civil rights elites.

That is just one example.

Virtually everyone in this room right now has on their person a very effective weapon. I’m not talking about those who the state of Illinois allows to carry concealed but rather all the iPhones and Android cell phones. They allow you to take both pictures and video as well as being connected to the Internet.

What kind of pictures or videos?

Well, my favorite ones are of anti-gun politicians and gun control celebs like Mike Bloomberg, Shannon Watts, and David Hogg surrounded by their armed security guards. They don’t want you to be able to protect your family and yourself. However, they insist on their own armed protection. You know there is a word for people like that – hypocrites.
If you do get those kinds of pictures, post them on Facebook, Twitter, Instagram, and every other place you can think of. If you see them posted by someone else, share or retweet them. Make it go viral!

Likewise, if you are going out shopping or taking friends out for dinner and you come across a store or restaurant that is posted against carry, take a picture. Post it to social media. Ask why these establishments want to keep you defenseless and put you at the mercy of those who would harm you or your family. As Massad Ayoob has said many times, gun free zones are nothing but hunting preserves for psychopaths.

Go to events sponsored by the gun control lobby. If they are having a town hall, record it on your phone. Take pictures of the Demanding Moms or the student marchers. Compare the numbers reported in the media with what you see with your own eyes and call them out on inflated numbers. I remember my late friend Bob Owens of BearingArms.com going to an anti-NRA rally held by Shannon Watts in Nashville. He took pictures from all angles and then compared them to their “official” picture. He exposed their lies and showed how they rigged the photo to make it seem like there were a lot more people there than there actually were.

My final thought on using New Media to advance and protect our rights and our culture. We have all the tools we need. We just have to have the will to use them and use them effectively.

Thank you for your time today.

Brownells is one of the most mainstream of companies in the firearms industry. Thus it is very surprising that their YouTube channel was terminated without warning or notice at around 2am this Saturday morning. 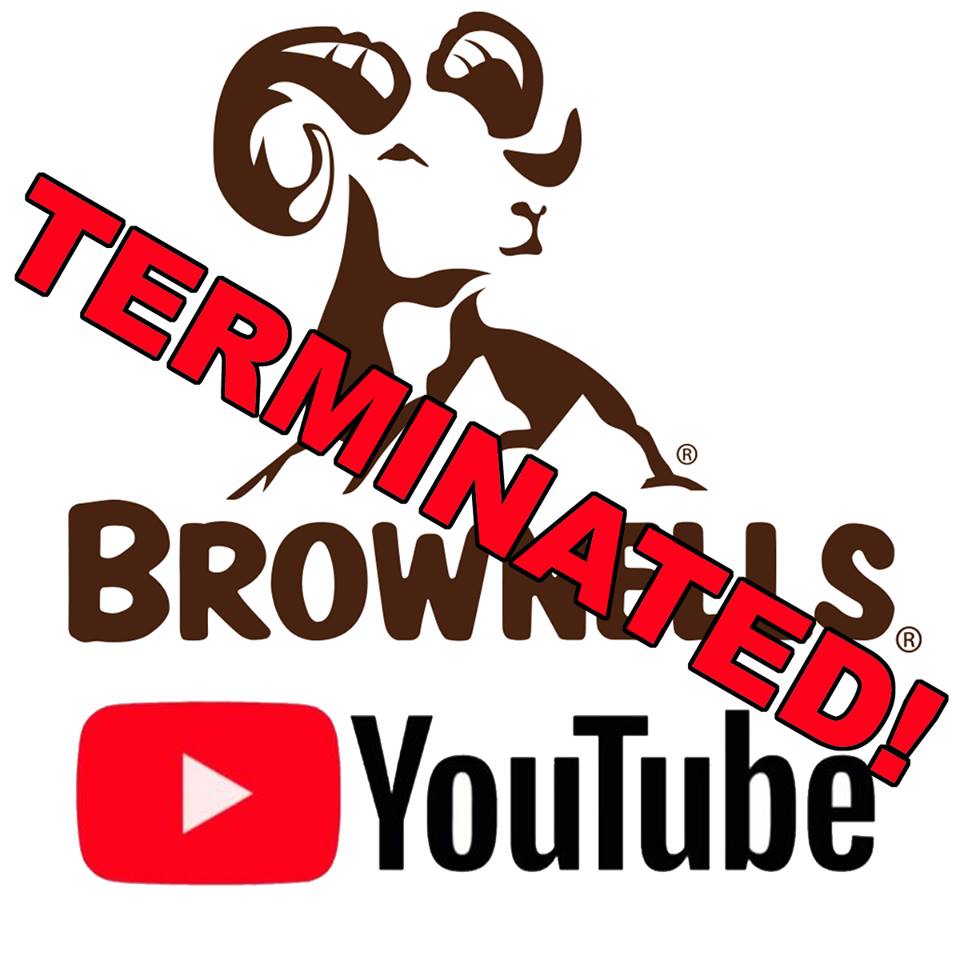 Brownells’ YouTube channel has been terminated without warning or notice.

If you’re opposed to the continued attack on our community’s First and Second Amendment rights, please contact
GOOGLE: 650-253-0000 OPTION 5 FOR YOUTUBE M – F

USE “SEND FEEDBACK” AT BOTTOM OF YOUR PAGE to message YT

Thank you! And as always, we appreciate your support.

Among the groups that Brownells has provided support include both Operation Blazing Sword and Black Guns Matter. Is YouTube that scared of gays and African-Americans exercising their god-given right to self-defense and their Second Amendment rights?

More on this from the Gun Collective:

We are in a culture war and the other side wants us dead. I mean that both figuratively and literally. Terminating Brownells YouTube channnel is another shot across the bow in this culture war. Take a few minutes and letting YouTube know your opinion of this. 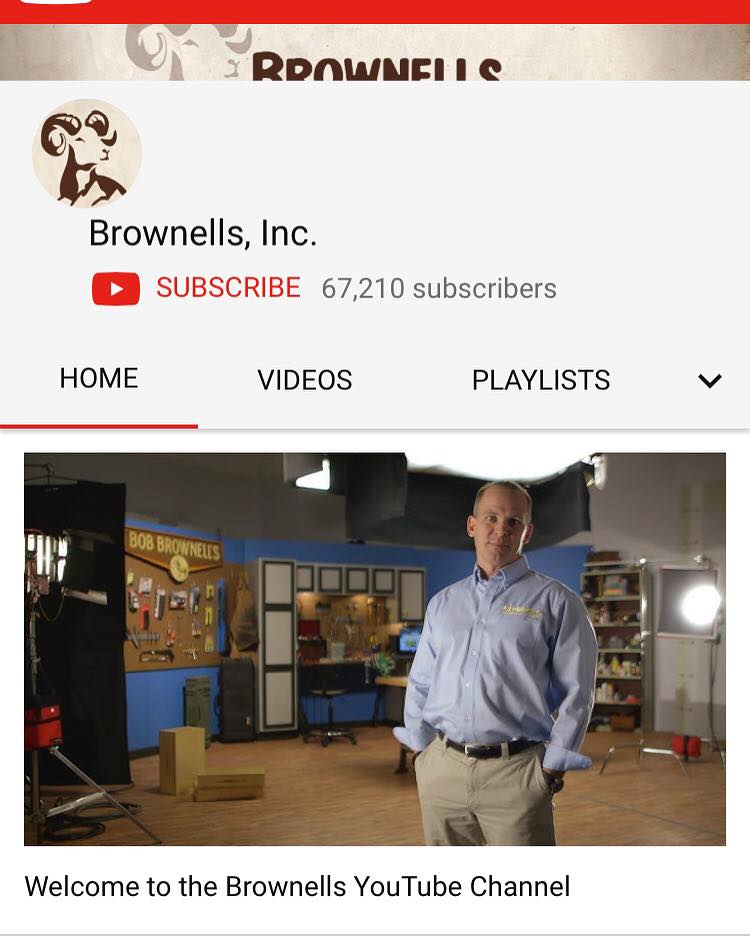 The Brownells YouTube channel has been restored. There is still no explanation why it was taken down.

We CANNOT thank you ALL enough for your shares, reposts, retweets and positive comments!

We are beyond proud to have the finest group of customers and supporters anywhere. 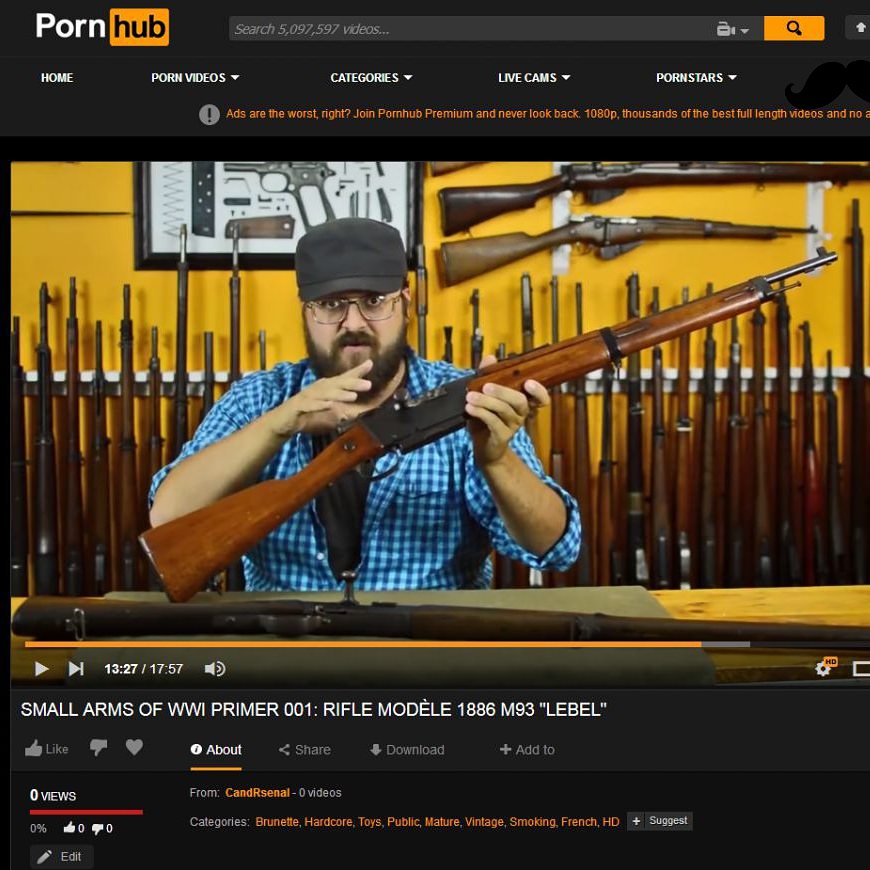