The chutzpah of the gun prohibitionists is certainly on display here. The Brady Campaign is highlighting an article from Mike Bloomberg’s newest media property TheTrace.org. The article says the abortive terrorist attack on the Amsterdam to Paris train which was stopped by three young Americans, a British businessman, and an undisclosed Frenchman shows that you don’t need guns. 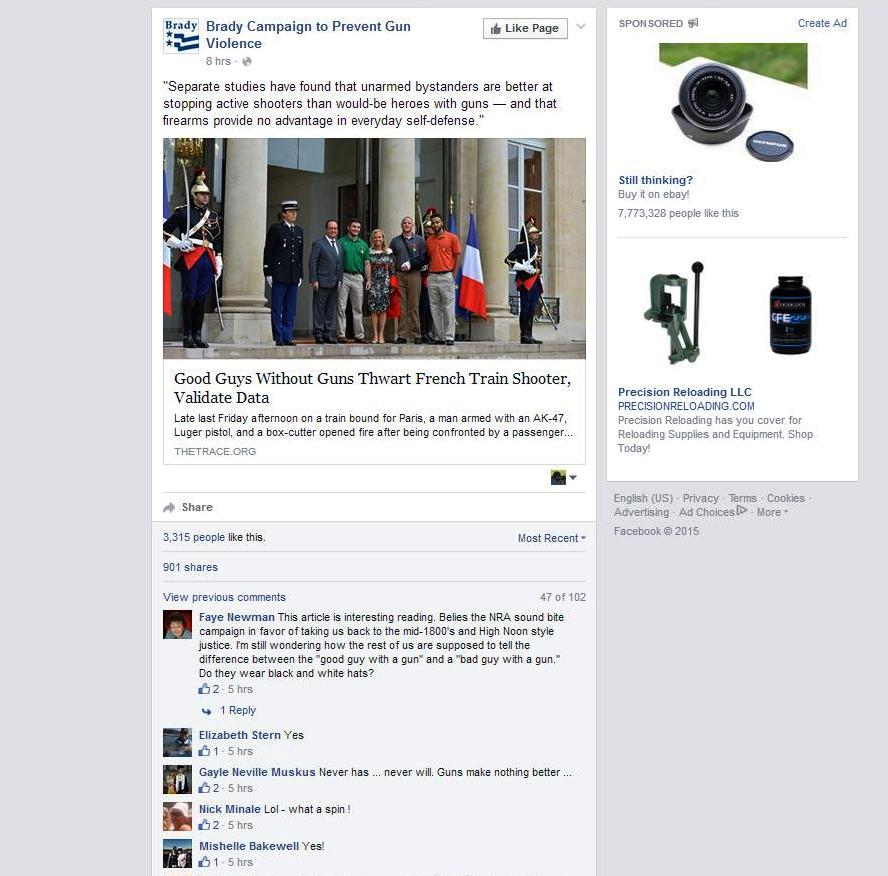 Evan DeFillipis and Devin Hughes say the fact that the people who stopped the attack were unarmed validates data from the latest research by Harvard’s David Hemenway.

In the wake of mass shootings, Wayne LaPierre of the National Rifle Association (NRA) frequently returns to a familiar soundbite: “The only thing that stops a bad guy with a gun, is a good guy with a gun.” The corollary of which is that unarmed civilians are helpless “fish in a barrel.” But the heroes on that French train clearly demonstrated otherwise — and the outcome of that active-shooter incident is just the most recent in a list of examples refuting an argument that has become central to the push for expanded gun rights.

Defillipis and Hughes, Oklahoma-based investment advisors who blog at Armedwithreason.com, go on to say that Hemenway’s “research” shows that having a firearm does not make a person safer nor give you any advantage in protecting property.

What they don’t discuss is why these incidents always seem to happen in gun-free zones. I guess that would not support their narrative.

As an aside and it has nothing to do with the article, how narcissistic do you have to be to put your SAT scores in your LinkedIn profile? There are some things you just can’t make up.