Last Friday, former House Speaker Nancy Pelosi (D-CA) released a statement on the first anniversary of the shootings in the theater in Aurora, Colorado. It was, as you would expect from the source, nonsensical. Rep. Pelosi stated in part:

“In Congress, there can be no more fitting memorial to the lives lost in Aurora, in Newtown, and across the country than a concerted effort to enact commonsense gun safety legislation. We must uphold our oath to ‘protect and defend’ the constitution and all Americans by expanding background checks and keeping dangerous firearms out of the wrong hands.

Beyond misstating the Congressional Oath of Office that she took, the rest of the statement is just absurd.

The cartoonists at Failure To Fire nailed her on this today and they did a damn fine job of it. 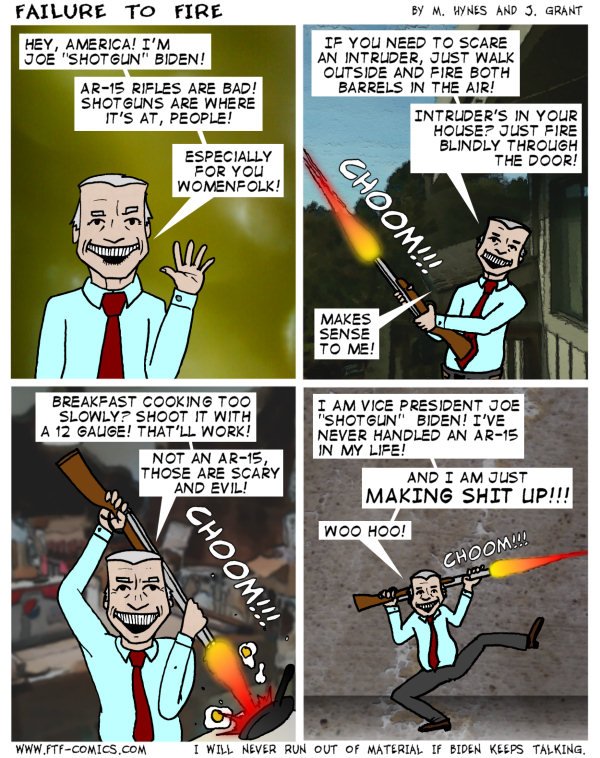 Mel Hynes and J. Grant at Failure To Fire Comics have nailed it with this cartoon. While hunting is a great tradition in the United States, the purpose of the Second Amendment wasn’t to protect it. 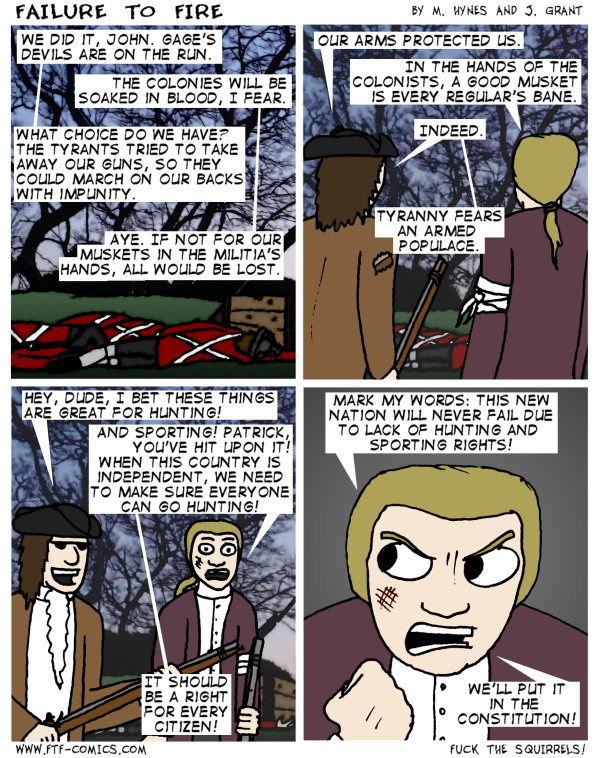 I got turned on to the Failure to Fire comic by Sebastian who, in turn, found out about it from Thirdpower. It has become a daily read for me. Today’s comic illustrates the point that Sen. Ted Cruz (R-TX) was making at Wednesday’s hearing – in just a bit more pointed and satirical way. 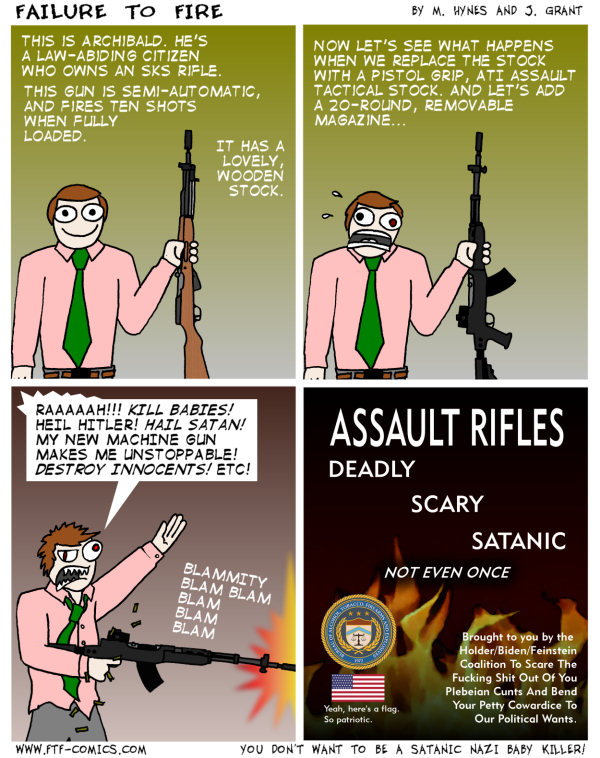