I wouldn’t want to be Wayne LaPierre right now. Not only is he named as a defendant in the New York Attorney General’s complaint against the NRA but now word has leaked that he is under investigation for tax fraud by the Internal Revenue Service. This comes from a story in the Wall Street Journal that was posted just earlier this afternoon.

You may remember that Letitia James said in her news conference in August that she was referring matters to the IRS. At that time, she claimed that LaPierre had received personal benefits that should have been reported by the NRA to the IRS on his Form W-2. If the Wall Street Journal’s sources are correct, she kept her word.

The Internal Revenue Service is investigating longtime National Rifle Association CEO Wayne LaPierre for possible criminal tax fraud related to his personal taxes, according to people familiar with the matter.

The story has the obligatory comment from William Brewer III. However, it is interesting to note he is representing the NRA and not LaPierre.

An attorney for Mr. LaPierre had no immediate comment.

“The NRA is not aware of any IRS inquiry but, of course, will fully cooperate with any appropriate requests for assistance,” said William A. Brewer III, an outside attorney for the NRA, who noted that the group’s tax filings are audited.

The story concludes with the note that this usually is a civil matter with some exceptions.

It couldn’t be determined how far along the investigation is, and such probes can end with no charges filed.

I wonder if any mention of this will be made at the Meeting on Members in Tucson on October 24th. For some reason, I doubt any official comments will be made but I’m sure it will be one of the many topics of gossip in the hallways.

While I am in no way making any side by side comparisons, I will note that running afoul of the IRS is what put Al Capone in the slammer.

Yesterday, Senate Finance Committee Chairman Chuck Grassley fired back in a letter to IRS Commissioner Charles Rettig. He characterized the Democrats’ efforts to get the IRS to investigate the NRA as “partisan” request. He said that the IRS ” is not a political weapon, and it should not be used as such. “

Sen. Grassley goes on to note:

The Minority report focuses on certain NRA personnel who traveled to Russia in December 2015 for a goodwill trip. After reviewing nearly identical evidence as the Minority staff at great length, it was clear to the Majority staff that nothing in those documents reasonably raises questions about whether the NRA should maintain its tax-exempt status under the tax code. Indeed, rather than present a careful and serious analysis, the Minority staff report offers incendiary conclusions unsupported by paragraphs full of belabored references to behavior that “raises serious” but undefined “concerns.” Even the cover of the Minority staff report deems the NRA a “Russian asset,” while nothing in the text of the actual report ever does more than editorialize to that effect.

He recalls the efforts of Obama Administration to politicize the Internal Revenue Service with some sadness.

Moreover, the IRS should never investigate taxpayers as a result of potential political motives. It is critical for the administration of our tax system that the IRS remain ideologically neutral when it comes to enforcing the tax code, and it is just as critical that taxpayers all throughout the United States know and believe this to be true. This decade has already seen the IRS involved in enough controversy around politically-motived tax enforcement, and the IRS should strive mightily to avoid such episodes in the future. As you are well aware, in May 2013 a scandal engulfed the IRS with its partisan enforcement of applications for tax-exempt status under Sec. 50I(c)(4) of the tax code, as led by Ms. Lois Lerner. Sadly, that scandal may have been precipitated by partisan requests for the IRS to investigate its perceived political opponents. This was a tragic episode in the IRS’ history and it must not happen again.

Grassley goes on to conclude that the IRS does important work. However, he warns that if the IRS is to retain its legitimacy with the American people, it must not “biased against them based on the exercise of their constitutional rights.”

He is right. The only way the IRS can ultimately get compliance with tax laws is voluntary compliance. If it is seen as a punitive tool by the Democrats – or the Republicans – it loses any sort of legitimacy and with that compliance. There are not enough IRS Criminal Investigation Special Agents to compel compliance if the American people as a whole say, “I will not comply.”

A couple of days ago the Washington Post broke a story that there had been talk about the NRA buying a $6 million mansion in Dallas for EVP Wayne LaPierre post-Parkland. The NRA is saying that it was Ackerman McQueen’s idea and AckMac is saying it was Wayne’s idea.

The origins of the idea to buy the mansion, its proposed purpose and the reason the deal never went through are now being fiercely disputed by the NRA and Ackerman McQueen, which are locked in a bitter legal fight.

In a statement late Tuesday night, Ackerman McQueen said LaPierre had sought the ad firm’s assistance with the real estate transaction, a proposal it said alarmed company officials. “Actions in this regard led to Ackerman McQueen’s loss of faith in Mr. LaPierre’s decision-making,” the firm said.

For their part, NRA officials said that the real estate purchase was suggested in early 2018 by Ackerman McQueen as an investment that would be managed by the ad firm’s top executives — and that it was ultimately rejected by top NRA leaders.

“The agency introduced Mr. LaPierre to its preferred local real estate agent, directed a tour of multiple homes, and established a company to manage the investment,” NRA spokesman Andrew Arulanandam said in a statement late Wednesday. “No matter, Mr. LaPierre ultimately rejected the opportunity and not one dime of the NRA’s money was spent on this venture.” The LaPierres did not respond to requests for comment.

The New York attorney general’s office is now examining the plan for an NRA-financed mansion as part of its ongoing investigation into the gun lobby’s tax-exempt status, in which it has subpoenaed the group’s financial records, the people said.

According to the Zillow listing, the mansion has 4 bedroom and 9 bathrooms. It overlooks a lake.

Now the idea of an organization have a residence in which to entertain rich donors and to house an executive is not unheard of. Indeed, universities and colleges around the nation do it all the time. If the NRA still wants to think about such a residence, I have a much better suggestion.

The Internal Revenue Service contracts with a company called CWS Marketing to sell seized properties. These properties are often seized due to tax fraud or due to being bought with illegal proceeds from drug or other transactions. As luck would have it CWS is holding an auction next week for a slightly smaller mansion that still has a lake view and is just made for entertaining.

The stately house is located in Mason, Ohio which is a suburb of Cincinnati. How ideal would it be to have the NRA Mansion be located in the same town as the Cincinnati Revolt of 1977. Just think how the location might remind NRA executives that if they didn’t stand up and fly straight they could go the way of Maxwell Rich.

It has a beautiful bar in the basement which is ideal for entertaining. 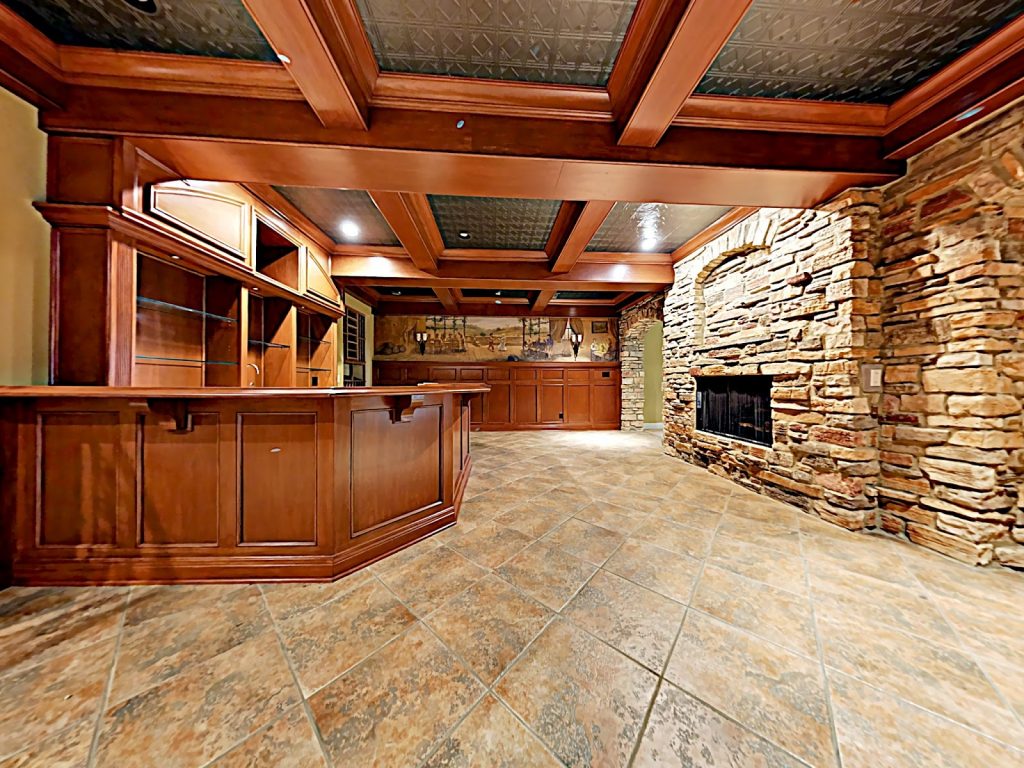 It also has a media room and a billiards room in the basement.

Moreover, it has some large closets that would fit most, if not all, of Wayne’s custom suits. 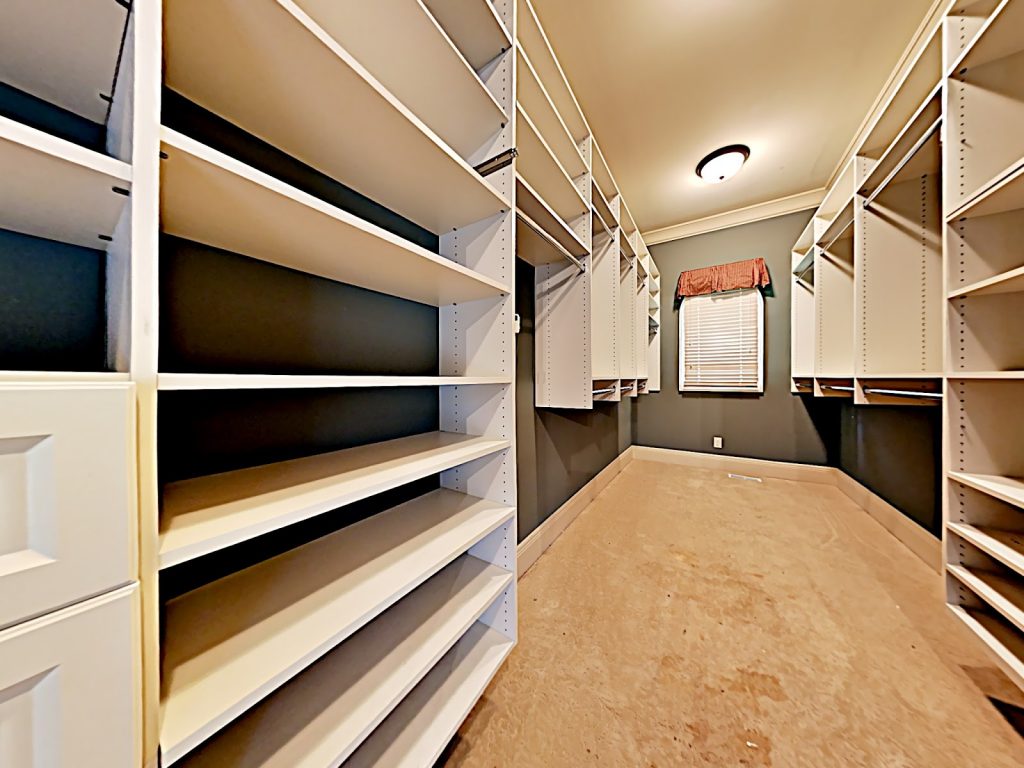 The house has a beautiful entry way which would be ideal for welcoming well-heeled donors. 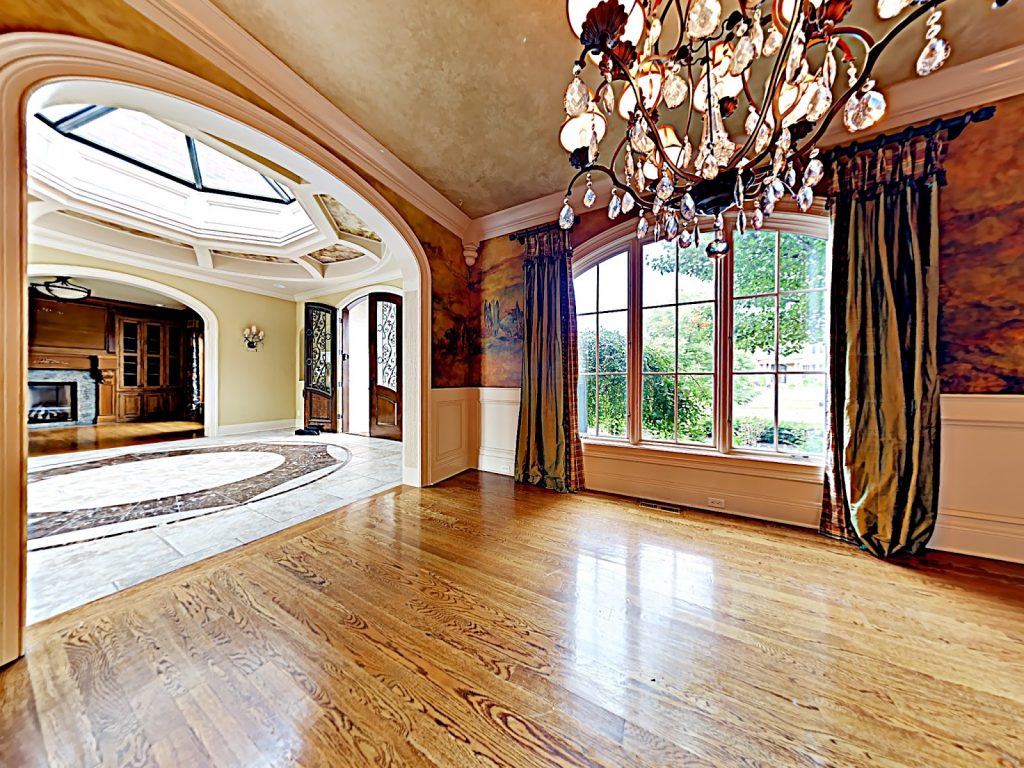 It has a large patio and deck area on the rear of the home overlooking the lake. I think this would be ideal for cocktail parties and other gatherings where the touch is put on donors. 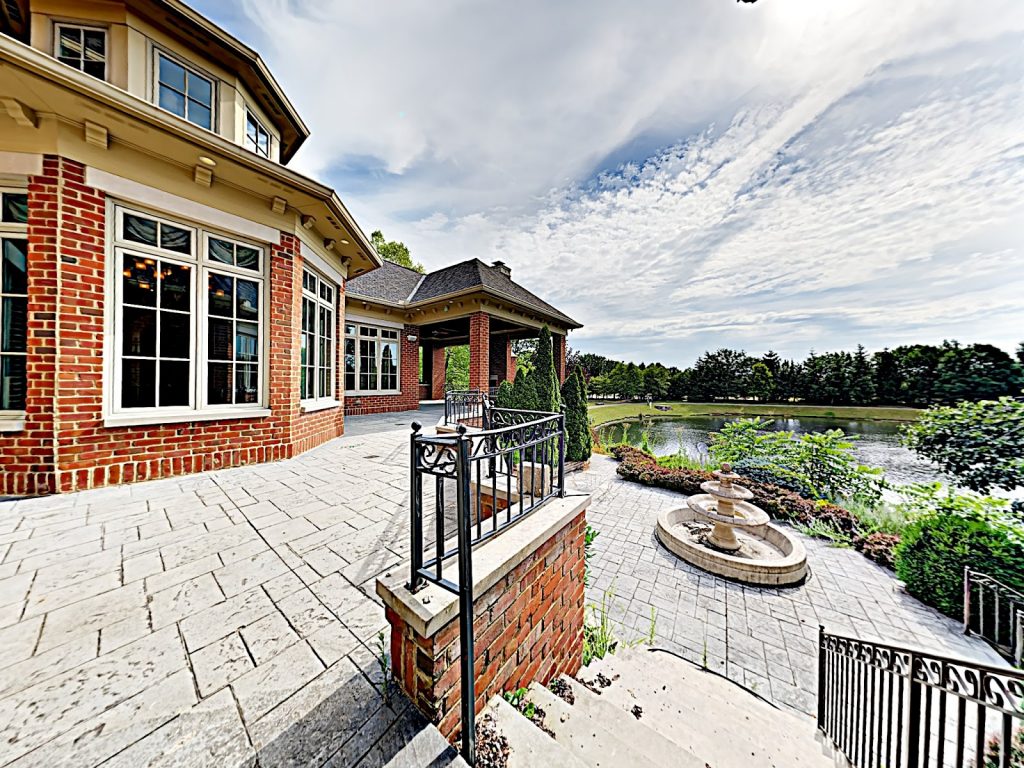 You can see many more pictures as well as the floor plans here.

The Zillow estimate of the value of the home is $1.8. However, with some artful bidding, I’m sure it could be had for much less than that.

A little bit of paint, some new carpeting, and it would be ready to go! Now doesn’t this make more sense than some house in Dallas. By the way the temperature in Dallas right now is 101 deg. while it is a balmy 84 deg. in Mason.

As originally reported by The Hill on Friday, Everytown for Gun Safety has filed a complaint with the Internal Revenue Service asking for an investigation into the National Rifle Association and their 501(c)(4) status. Specifically, the complaint alleges that the directors, officers, and others are using income and/or assets for personal gain and that the NRA is engaged in commercial, for-profit, activities.

The letter that accompanies the IRS Form 13909 Tax-Exempt Organization Complaint (Referral) accuses the NRA of related party transactions, financial mismanagement, and lack of transparency. It ask that the IRS begin an investigation to see whether the NRA has violated Section 501(c)(4) laws and regulations. It further asks that if violations are found that the IRS consider what would be appropriate remedies including revocation of the NRA’s 501(c)(4) status.

This complaint follows the publication of the expose’ of the NRA in The New Yorker by Mike Spies that was published on Wednesday. It relies heavily on the accusations leveled in that article as well as an earlier article that appeared in the New York Times.

Some of the items specified in the accompanying letter include:

I could only imagine the damage this complaint might have done if it had been filed during the Obama Administration. As it is,  it still isn’t good. You can read the entire letter here and make your own estimate of how harmful it is to the NRA.