With the numerous stories including mine regarding the closure of the Heculaneum, MO primary lead smelting facility, I thought this chart would be helpful to put the consumption of lead for ammo into perspective. The chart is from IndexMundi which got it from the US Geological Survey Mineral Resources Program.

Looking at where raw lead is found, data from the US Geological Survey shows that Australia has the greatest proven reserves of lead. China which has the second largest amount of reserves of lead is actually the largest miner of lead accounting for about half of the world’s yearly production in 2012. The United States has only the 6th largest reserves in the world.

Kurt Hofmann makes an excellent point in his post about the Herculaneum smelter closure. He notes that the possible squeeze in lead for bullets might be felt even more keenly due to the Federal ban on many other materials for use in handgun ammo.

Perhaps, perhaps not, but regardless, the squeeze is likely to be felt quite keenly by gun owners. All the more keenly because of longstanding federal law banning the use of many other materials in the construction of bullets used in “handgun ammunition.” If lead is unavailable/unaffordable (and now verboten, to California hunters), and if a great many other possible bullet materials are illegal, the remaining options are both few and of limited utility.

And what, anyway, is “handgun ammunition,” you ask? Excellent question. Handguns have been built in nearly every caliber that rifles have, including the .50 BMG and the .600 Nitro Express. It seems apparent that any caliber that can be fired from a rifle can also be fired from a handgun, given a shooter with sufficient tolerance for recoil (and, in many cases, for impracticality).

And that means that the Bureau of Alcohol, Tobacco, Firearms and Explosives can, if it chooses, ban bullets made with tungsten alloys, steel, brass, etc., in virtually every caliber. It is hardly difficult to imagine the BATFE, especially under an administration like this one, choosing to do precisely that.

And therein lies the rub when it comes to reduced US production of primary lead. 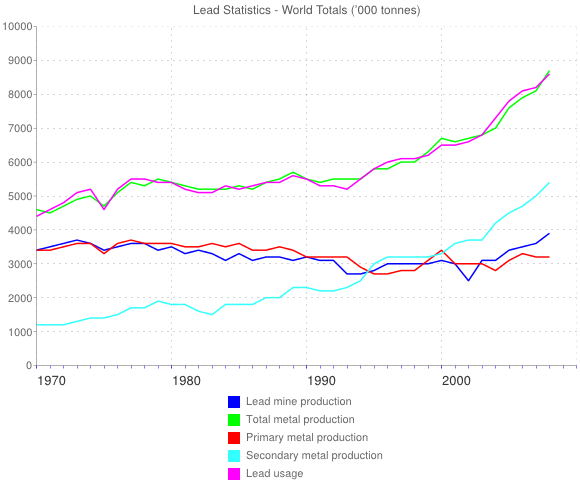