I think as Einstein developed the General Theory of Relativity he must have spent a week at the beach on vacation. That is because though the days are relaxed and time slows, the week itself is over before you know it. We leave tomorrow and it feels like we just got here.

That said, we had a wedding, a visit to the PTR Industries factory, and will take in a car show today for Mustang Week.

Moreover, out in the “real” world, someone shot down a Malaysian Air Boeing 777 and the Obama Administration has essentially banned the import of new Russian firearms through economic sanctions against Concern Kalashnikov. Conspiracy theorists should be having a field day with the timing of the sanctions and the shoot down of the Malaysian Air plane over Ukraine given the sanctions were only a day before the shoot down.

I’ll have a full story about the visit to PTR Industries factory when I get home. I have a ton of pictures of the factory floor and the manufacturing process.

It isn’t always sunny at the beach and I have pictures to prove it.

A line of thunderstorms blew into Myrtle Beach around noon today. The clouds were some of the most interesting ones I’ve ever seen in a storm. Needless to say, we didn’t spend the afternoon sunbathing! 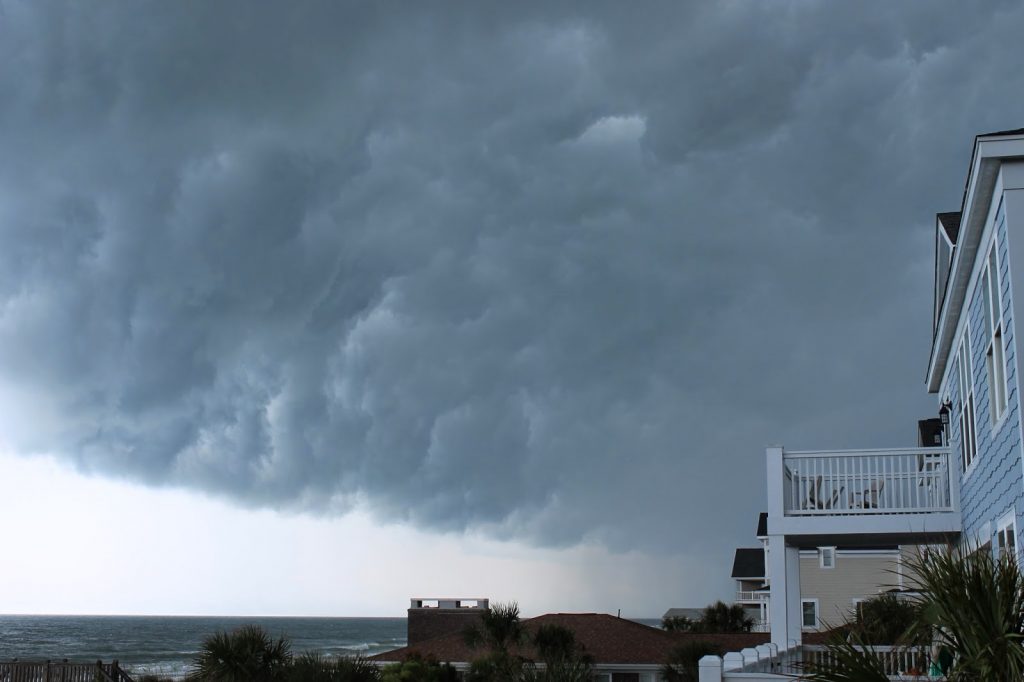 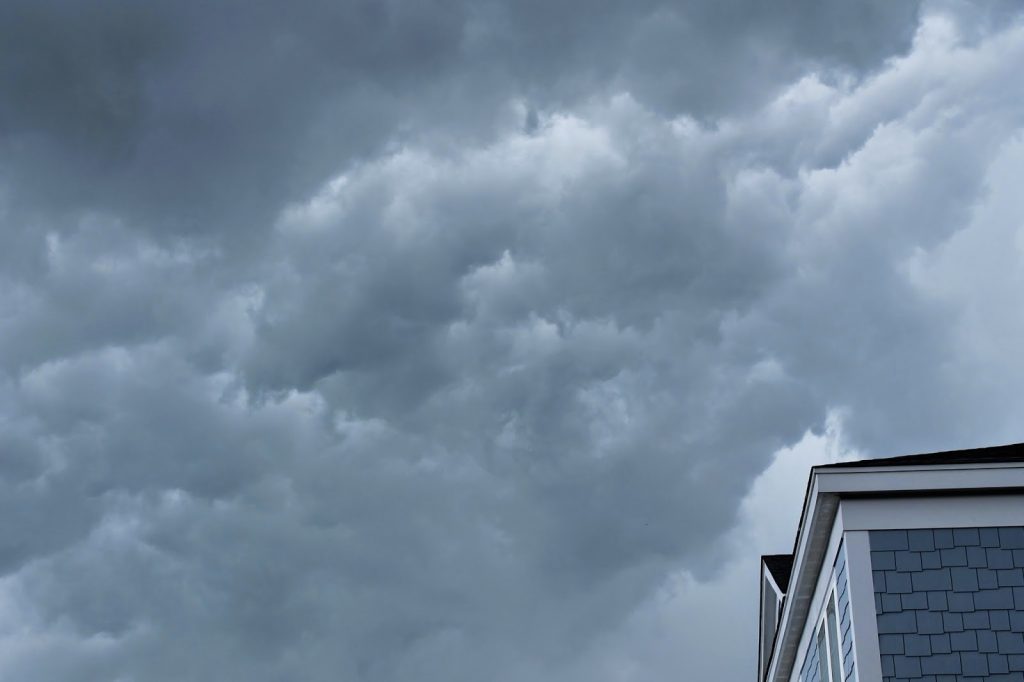 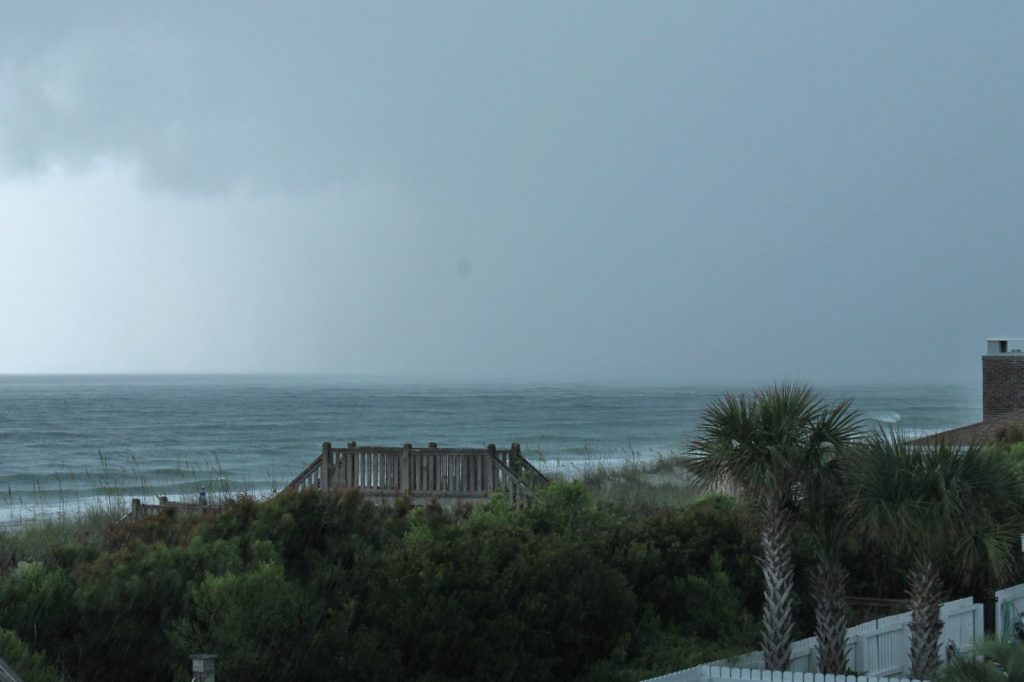 Mark Malkowski, President of Stag Arms, has an interesting choice to make. According to an announcement he made this past Friday, Malkowski has narrowed the choice for where Stag expands to either Houston, Texas or the Myrtle Beach area of South Carolina. The ultimate decision will be made by the end of this month.

“South Carolina is very competitive,” Mark Malkowski said of what the state has to offer his company versus that put forward by the Lone Star State. “At this point, we’re spending our time evaluating the offers.”

Assuming both states come up with comparable financial incentives, what advantages would Houston offer over Horry County (the H is silent)?

Houston would offer two major airports, two major universities with engineering schools, a number of technically skilled workers available with the downsizing of NASA, and all the amenities of a major metropolitan area including world-class healthcare facilities. The downside is that property taxes are higher, real estate and rents are more expensive, and, most importantly, wages tend to be higher. The overall cost of living as calculated by numerous cost of living calculators is about the same.

What about Myrtle Beach and Horry County?

First and foremost, it is closer to Connecticut. That was one of the deciding factors for PTR Industries when they relocated to Horry County.Workers that relocated from Connecticut are still within a long day’s driving distance of their relatives up north. Horry County officials are hoping that works in their favor.

Brad Lofton, CEO of the Myrtle Beach Regional Economic Development Corp., agreed that Horry County compares favorably in most areas with Texas, but hoped that Horry’s proximity to Stag’s Connecticut plant, quality of life and short distance to customers in Columbia and elsewhere in the Southeast could be the points that will sell Malkowski.

Both states have supportive Republican governors, good gun laws, and a welcoming business climate. Ultimately, I think it will come down to the intangibles such as quality of life. In other words, do they want to live at the beach or live in a major metropolis?

During our recent trip to the Myrtle Beach area, we took an afternoon excursion to a shooting range in Murrells Inlet. I had planned the trip as part of the “things we did at the beach” this year. I had remembered that there was a range near where we were staying from past trips to the area. Checking with all parts of the family in advance, I got an enthusiastic response from everyone. Thus, in addition to the pool toys and beach hut, we brought with us an assortment of pistols ranging from my Sig P238 to my Daewoo DH-40 with three various 9mm pistols in between. I also dug into my ammo stash so we wouldn’t have to buy ammo at the range.

Coastal Sports and Range in Murrells Inlet is a very nice gun store with an excellent, well-lit, 5-bay indoor range. When we got there, store manager Woodie Pitts greeted us warmly, discussed the range rules, inspected all my pistols and ammo, and helped us pick out targets. We also rented a Beretta Neo and a Ruger 22/45 for the new and newer shooters to use. The rangemaster Michael Wiestling went over the operations of both pistols with everyone before we entered the range.

After donning our hearing protection and safety glasses, we went into the range area. It was separated into the five shooting bays and a glassed-in room where the non-shooters could watch. While there were nine of us in the party, only seven had originally
planned to shoot. The Complementary Spouse’s older daughter Wendy said
she didn’t feel comfortable shooting but did want to watch. That would change.

While my niece and nephew had shot handguns before, my sister-in-law Cindy had not and wanted to experience it. She strongly believes everyone should have some exposure to gun safety and at least know enough about guns to safely unload one. As you can see below, she went beyond that. Before the range time was over, she had shot both .22’s, her sister’s M&P, and my Sig P238.

My niece Grace who had shot before likewise got to shoot both .22s and one of the 9mm pistols we brought as did her brother Grant.

While all the afternoon was good, in my opinion the best moment came when Wendy turned to the Complementary Spouse and said, “I think I’d like to try it.” And try it she did.

With help from the rangemaster Michael and her Uncle Larry, Wendy not only shot the .22 pistols but tried her hand at shooting the 9mm pistols. Like the former athlete she was, Wendy took instruction well and did great.

Like I said earlier, we arrived with seven shooters and left with eight including two first-time shooters. I think the smile on Laura’s face below captures just how much fun we all had. 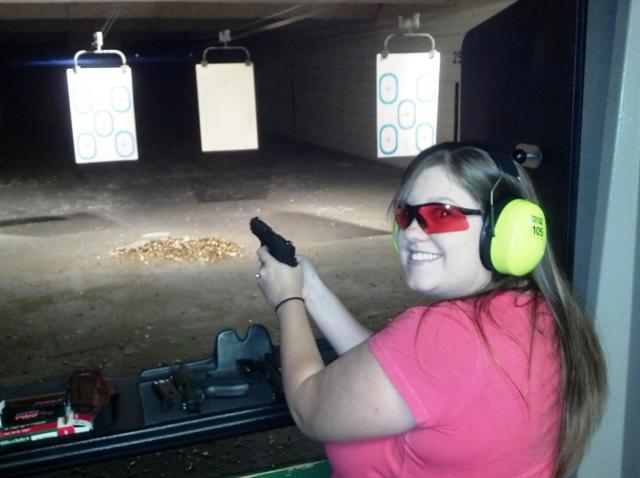 If you are taking a trip to the Myrtle Beach area and want to take in some shooting, I can highly recommend Coastal Sports and Range. They were great and have a really nice gun store to boot.

I think my view from the porch this week is a little different than Tam’s. 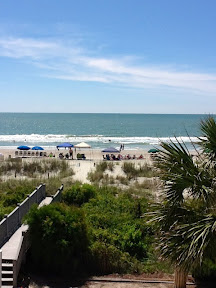