Michael Bloomberg’s appearance in Greensboro tomorrow was originally slated to be at his campaign headquarters at 300 S. Elm St.

Then it got changed to the Community Theatre of Greensboro at 520 S. Elm St.

As of this afternoon, the location for Bloomberg to bestow his oratory upon the citizens of the Gate City has been changed – again. It is now the Cadillac Service Garage at 304 East Market Street.

I know the Cadillac Service Garage is a wedding and event venue. However, for the 9th richest person in America to hold a campaign event at something that has “Cadillac” in its name, shows a degree of tone deafness that is hard to comprehend. I know Cadillac has lost a bit of its allure but it is still fairly synonymous with wealthy.

As to why the venue keeps changing, perhaps they have become aware that a warm North Carolina welcome is planned for Mini Mike by Grass Roots North Carolina and they are trying to confuse those planning to attend the protest.

So if you plan to “welcome” Mini Mike to the Gate City, remember it is at 304 East Market Street.

Also, his 7:30am Winston-Salem location has been changed from Campus Gas to Footnote Coffee & Cocktails at 634 W. 4th St, Ste 120 for those who can’t make the Greensboro “welcome”.

I was reading a press release on Monday from RW Arms of Fort Worth, Texas. They were a retailer of bump stocks. As I understand it, they had purchased the entire remaining inventory from Slide Fire last year. The press release said they were were surrendering their remaining 60,000 bump stock to BATFE for destruction.

Fort Worth based retailer, RW Arms, will turn in their entire inventory of bump stocks to the
Bureau of Alcohol, Tobacco, Firearms and Explosives (ATF) on Tuesday, March 26th, to be
destroyed, in compliance with the Bump Stock Ban. RW Arms will transfer 60,000 bump stocks
to American Shredder in Fort Worth, Texas, to be shredded and recycled under the supervision
of ATF agents.

Subsequent stories in Texas newspapers shows them being crushed at the recycling plant.

Now I’m sure they turned them over like this because they want to stay in the good graces of the BATFE and the rest of the Deep State. However, I might have taken a page from the French farmers protesting what they considered injustices.

I would have loaded them up into this. 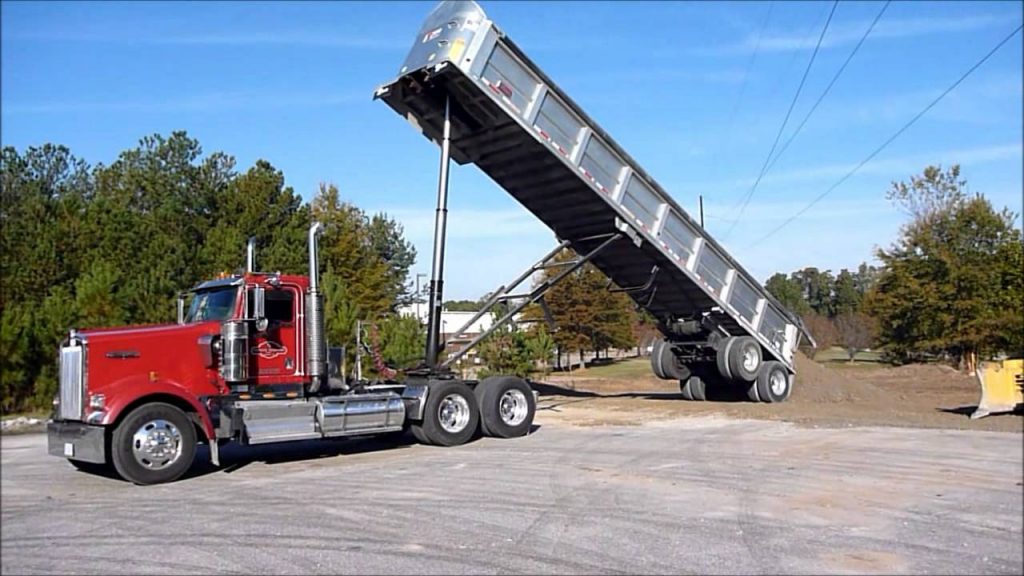 Driven them to this building which is the headquarters of the Bureau of Alcohol, Tobacco, Firearms, and Explosives. 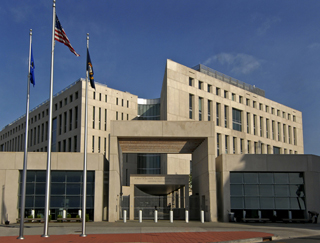 Donned my yellow vest. And then done this like French farmers have done in Paris.

Bearing in mind that French farmers have dumped more “odiferous” offerings, I think this would have been a more gentle protest of the perversion of the rule of law by the administrative state at the behest of politician than those French farmers might have conducted. I guess we will have to wait and see if the courts can grow a spine and actually stand up for the rule of law.

Anti-gun Rep. John Yarmuth (D-KY) tweeted this out picture of the Democrat’s sit-in of the House of Representatives floor. They are demanding a vote on gun control.

Here’s a suggestion for Speaker Paul Ryan and the Republican leadership. Be kind to those aging Democrats. I’m sure they are thirsty and you don’t want them fainting from dehydration. Send them some water or even some energy drinks (full of caffeine).

Make sure you provide them with a lot of liquids. Insist that they continue their sit-in for many more hours and don’t let them leave. I assure you that those old male Democrats with their old man bladders are going to start to get really twitchy sooner than later. I don’t care how much Flomax or Toviaz they are taking for BPH and OAB.

I was so afraid that the ne’er do wells from the lesser gun prohibitionist groups would not show up in Houston to the NRA Annual Meeting. They are always amusing in their sad pathetic way.

My prayers have been answered and there is joy in Mudville.

Outside the convention center, an array of gun-control advocates is expected to demonstrate opposition to the NRA and its lobbying prowess.

“I don’t think it’s a losing battle at all,” said Heather Ross, an organizer for the “Occupy the NRA” group that plans to lead the reading of names of 4,000 gun-violence victims under a #NoMoreNames banner at Discovery Green, across from the convention center. The list will start with the 26 victims of gunman Adam Lanza at Sandy Hook Elementary School in Newtown, Conn., last December.

Texas is not as uniformly pro-gun as most people believe, Ross insisted.

“The concept that we’re all a bunch of gun-toting crazies is inaccurate,” she said. “That’s largely pushed by people elected to office.”

Of course, they never would have you believe that lives are saved and rapes prevented through the use or even mere presence of a firearm.

If you read my post on the planned demonstration outside the NRA Annual Meeting by certain attention seeking St. Louis politicians and the Coalition to Stop Gun Violence (sic), you know it is scheduled for Saturday at 1pm. This time in the afternoon was chosen, I presume, to make the news cycle for the 5pm local news broadcasts.

As I said in the title, timing matters.

Whoever scheduled this event forgot about another major event happening in downtown St. Louis at the same time. The 2011 World Series Champion St. Louis Cardinals will receive their Championship Rings in a special ceremony at Busch Stadium prior to the 1:05pm game. They will wearing special gold trimmed uniforms to commemorate their World Championship. Not only is this the middle game of their first homestand of the season but they are playing the Chicago Cubs. This is a baseball rivalry on par with that of the Yankees and Red Sox in the American League.

Every fan attending the game with a paid ticket is getting a replica Championship Ring courtesy of St. Louis-based stock brokerage Edward Jones.

Now where do you think the local media is going to be – outside America’s Center with a bunch of protesters or inside Busch Stadium with the home town heroes? Even if they do cover the protest, it will be bumped off lead story status.

CSGV might be excused for not knowing about this event but what does it say about local politicians such as Rep. Jamilah Nasheed, Rep. Tishaura Jones, and Board of Alderman President Lewis Reed? Do they really think they will get more media attention – good, solid vote getting attention – by dissing the hometown team in favor of solidarity with the anti-gunners? Even Al Sharpton decided it was better not to be in Sanford, FL over the Easter Weekend despite his earlier promise to “occupy Sanford.”