Normally when you think of roadkill (if you do at all), you might think of those tacky cookbooks found in some outdoor stores or gift shops with recipes for “found critters”. They have names like Gourmet Style Road Kill Cooking and Other Fine Recipes, Road Kill Cooking Redneck Style and More Tails From the Fast Lane (Vol II), or Quick-Fix Cooking with Roadkill. You may even live in a state where it is totally legal to collect roadkill for these dining adventures.

However, roadkill and collecting it does have some serious scientific purposes. An article in today’s Wall Street Journal discussed roadkill and how wildlife and conservation biologists use it for a variety of purposes from deciding where to put warning signs to avoid car-deer collisions to using it as bait to attract scavengers so as to test their DNA.

If “it’s not road pizza…it has lots of potential future use,” said Greg Pauly, assistant curator of herpetology at the Natural History Museum of Los Angeles County, who often carries ethanol-filled test tubes to preserve tissue samples, Ziploc bags and a cooler in case he comes across a meaty roadside specimen. A rattlesnake he found is now part of a Los Angeles biodiversity exhibit at the museum, and some finds are powering his research on how gopher-snake diets have changed thanks to urbanization.

At the Field Museum in Chicago, scientists are using tissues from car-trodden barred owls to study genetics and evolution. These birds have expanded rapidly across the Great Plains and into the Pacific Northwest. They can’t always beat traffic, but they’re out-competing the spotted owl, which is endangered in the region.

“It’s a major conservation issue,” said John Bates, the Field Museum’s associate curator of birds. “What makes barred owls so successful? We’re still looking…15, 20 years ago when salvage work started going, nobody was thinking about the fact we might get genetic data from these samples.”

Dr. Pete Bloom, a biologist in Santa Ana, California, uses it to study turkey vultures. The video below shows his set-up to trap these vultures so he can take blood samples.

If you are a deer hunter and you have ever used scent products, you know of Tink’s #69 Doe-in-Rut deer scent. It is the most famous of products developed by Tink Nathan. Now Mr. Nathan is looking beyond just deer scents and lures to politics. He is a candidate for the Texas House of Representatives running as a Republican. 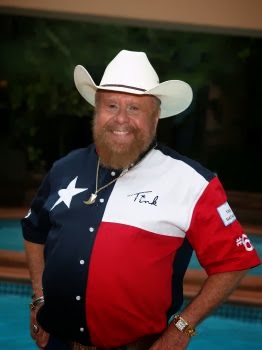 His platform? Roadkill! More specifically, an end to the prohibition in Texas on picking up roadkill for human consumption.

From the Dallas Observer:

He’s also the only candidate, apparently in the entire state, bold enough stand up and defend Texans’ God-given right to eat animals they run over in their cars.

As it stands, picking up roadkill is a crime. Partly, this is because of health-and-safety concerns (hard to know what vile pathogens might be swarming over any given carcass), partly it’s to discourage people from using their cars as hunting weapons. (This has actually been documented. In a 2012 Dallas Morning News story, a state game warden’s staffer recalled a couple of incidents in which motorists intentionally ran over exotic deer in Kerr County, right in Nathan’s backyard.)

Nathan thinks that scavenging roadkill is a personal decision best left up to a driver and the critter he just flattened. There’s no need for the government to stick its nose in.

Besides, he told the San Antonio Express-News, why should buzzards be the only ones to benefit from the frequent animal-car collisions that occur by the thousands on Texas roads. “That meat goes to waste,” Nathan says. “Why not utilize it?”

I think he might have a point. In other states it is legal and oft times fresh (emphasis on fresh) roadkill is taken to charitable food pantries for distribution.

Besides, I like his campaign slogan – “Don’t Send Another Lawyer To Austin” – not to mention the fact he is a Life Member of the NRA.

Within the list of the 68 proposed changes are some that should be of particular interest to gun owners and those that carry either concealed or openly.

H2. Remove restrictions on carrying firearms during the deer bow-and-arrow season and pistols during the muzzleloader season in accordance with state law. Allow hunting with muzzleloading pistols.

Under the “Dog Training” category:

Under the “Game Lands” category:

Finally, while not gun related, they are proposing another change that might be considered a sign of the economic times.  That is the ability to keep road-kill.

H21. Reduce restrictions on keeping wildlife killed accidentally or found dead. Specifically: Allow a person to request authorization to keep a deer or turkey found dead of natural causes or due to a vehicle collision; Allow a person to keep dead raptors and nongame migratory game birds if the person gets a federal permit; and Allow possession of any other species of wildlife found dead without Commission authorization, except bears and protected species may not be possessed at all.

Not that I’d encourage it but there are a number of cookbooks devoted to road-kill. The granddaddy of them all seems to be this book by Buck Peterson.