This year I took advantage of a variety of Black Friday sales to get the remaining parts needed to assemble a piston-driven M-4gery. I already had a stripped lower from Templar Custom thanks to Sean Sorrentino along with a DPMS lower parts kit I had purchased on sale a couple of years ago.

The heart of the rifle is a mid-length Adams Arms gas piston complete upper that I got on sale from MidwayUSA at the beginning of their week-long sale. It is chambered in 5.56 NATO and has a 1:7 right hand twist barrel. This will allow me to shoot the heavier 75 grain cartridge.

I got most of the other parts from Brownells using their discount code plus my dealer discount. I replaced the standard M-4 handguard and grip with a Magpul MOE mid-length handguard and a MOE+ pistol grip. The handguard did not need any fitting to work with the gas piston upper as can be seen in the picture below. 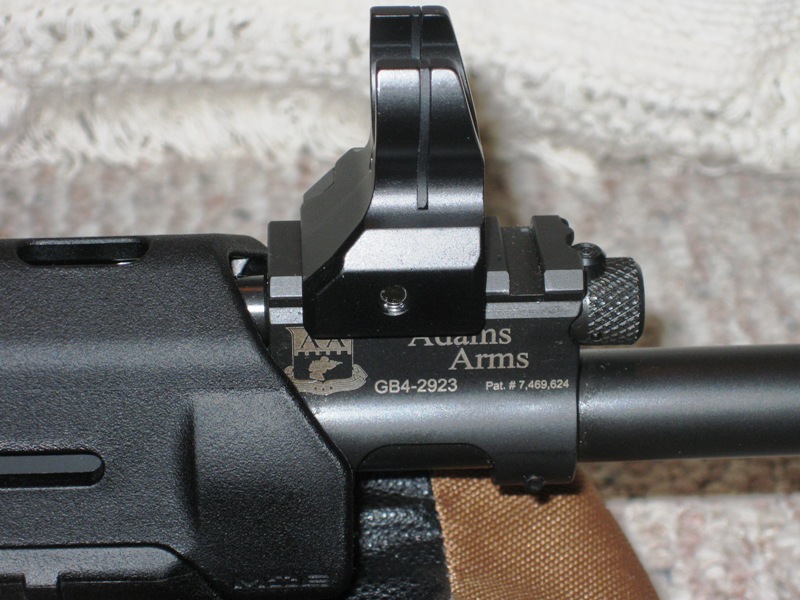 I did get the Magul BUIS but decided to go with a HK 416 sight set from RTG International Surplus Parts. These were about the only part that I used that I didn’t get on sale. Why the HK drum sight instead of a more traditional BUIS? I just liked them and I think that they are very rugged. I’ll use the Magpuls on another build down the road. You can also see the Magpul ASAP ambidextrous sling attachment point in the picture below. 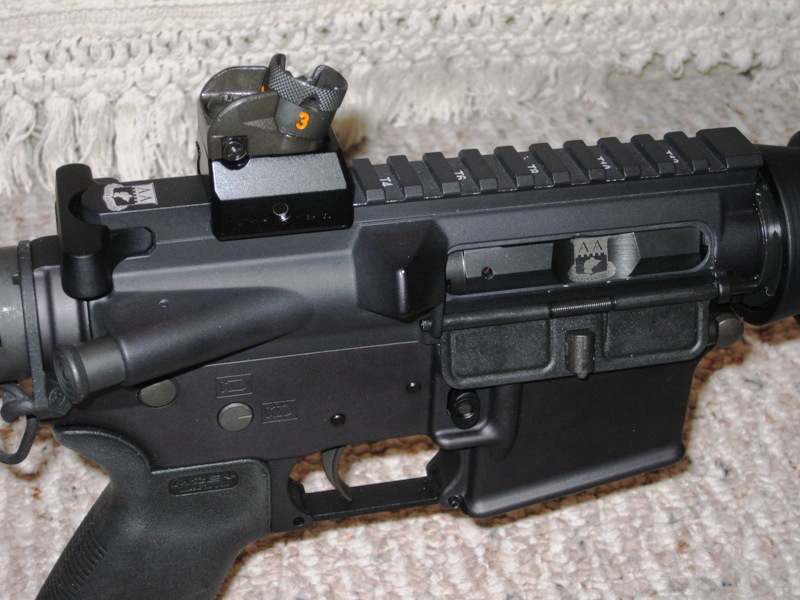 I got the mil-spec extension tube, spring, and a Spike’s Tactical T-2 buffer tube from Brownells. The buttstock is a Rogers Super-Stoc which came from Wilson Combat. Colt will be offering it soon but has not released it as of yet. I like the cam-lock system as it does away with any slop or rattle in the collapsible stock. Once adjusted for length and with the cam locked, it is as solid as an A2 stock. 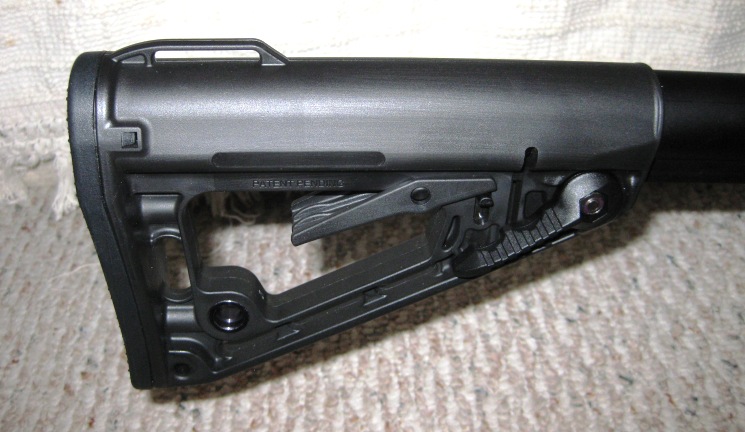 Thanks to my son-in-law’s dad Jeff, I got most of it assembled a couple of weeks ago. Jeff works as a machinist for a major airline and has assembled a number of lowers over the years. As this was my first lower that I had assembled from scratch, I was really glad to have his help and advice.

Sean had warned me that the Templar Custom lower was designed to be tight and might need some adjustment. He was correct and we had to do a little bit of fitting. However, this has made for a tight and solid fit between the upper and the lower. The magwell may need a little bit of light sanding to allow me to use Magpul PMAGs. GI mags fit just fine.

I still have to mount an optic on this. For now, I may just go with my Eotech 512 that I have on another AR. I am open to suggestions for other optics especially holographic or red-dot.

The final thing I want to do is to highlight the logo and safe and semi-auto icons with a little bit of Testor’s enamel. I think it will add a finished touch to this rifle.

I am quite pleased with my first real build and am looking forward to sighting it in. With all the year-end business stuff and family stuff, I haven’t had a chance to do this yet. But as Scarlett O’Hara famously said in Gone with the Wind, “for tomorrow is another day”.