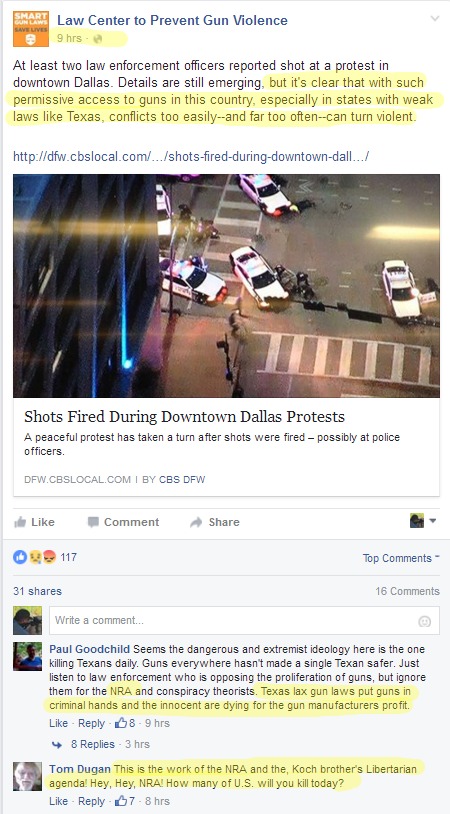 There has been much talk in recent days on whether persons on the FBI’s terrorist watch list, the Terrorist Screening Database, or the TSA’s No-Fly list should be allowed to purchase firearms.

The day after the terrorist attack in San Bernadino, Sen. Dianne Feinstein proposed Sen. Amendment 2910 to HR 3762 (a budget bill), which would have granted the attorney general the discretion to deny the right to purchase a firearm to anyone known or suspected of having been involved in any way with domestic or international terrorism. The Senate voted down this amendment 45-54.

Then this past Sunday in a televised speech to the nation from the Oval Office, President Obama said this:

To begin with, Congress should act to make sure no one on a no-fly list is able to buy a gun. What could possibly be the argument for allowing a terrorist suspect to buy a semi-automatic weapon? This is a matter of national security.

There have been many who have taken exception to using this no-fly list as means to deny someone the right to purchase a firearm. Prof. Eugene Volokh, among others, has objected to it on the basis of denial of due process noting that we don’t deny rights based upon mere suspicion. The New York Times was against them before they were for them. (My friend Prof. David Yamane has two very well-reasoned responses to the Times on this.) The NRA has long opposed using terrorist watch lists to deny firearm rights. Charles C. W. Cooke, a Brit who has a better appreciation for the Bill of Rights than many American politicians, says those who would use terror to subvert the Second Amendment should be tarred and feathered. That sounds appropriate to me.

Legal and philosophical arguments are fine and are needed. However, the most practical reason for not including those on any watch list on the NICS denied list is that it aids the terrorist.

What!? Aids the terrorist? The hell you say.

Larry Keane, General Counsel of the NSSF, explained his opposition to using these list to deny gun rights in a conversation with Jim Shepherd of the Gun/Outdoor/Tactical Wires.

His answer wasn’t based on individual gun rights.

Instead, it focused on the fact that adding a person who might be under suspicion for a criminal activity to the prohibited persons list wouldn’t keep them from getting firearms illegally, but it would create a de facto “terrorist notification system.

“If someone suspected they were being surveilled -or they were doing something illegal and wanted to know if they’d done something to alert authorities,” Keane said, “they could go to a gun store and try to make a legal purchase. If they were denied, well.there’s their answer.”

In essence, smart terrorists (and we better get used to the idea that our enemies are pretty smart) would use the NICS denial process as the on-line equivalent of a storefront’s glass windows. Spies, terrorists, and anyone being followed is trained to use the windows as a way to spot a tail. Terrorists could easily use the NICS system in much the same manner.

Forewarned is forearmed and that is the last thing you want to do when dealing with a terrorist. You want the terrorists rolled up with their guns and explosives in hand long before they’ve perpetrated this act of jihad. You absolutely don’t want them to accelerate their plans because authorities are on to them.

As I said, this is something to think about.

The tweet of the day comes from California gun rights attorney Don Kilmer. I think we know the answer to his question.

Ask the fathers of the Nigerian slave-girls if they wish they had an American father’s access to guns. @HollyRFisher @jpr9954
— Don Kilmer (@donkilmer) May 8, 2014