Libertarian comedienne Julie Borowski with her squeaky little voice and innocent, confused looks nails it in this video. This is especially true given the statement from Sen. Joe Manchin (D-WV) that “due process is what’s killing us right now”.

Due process is and will remain important so long as we as a country remain faithful to the Constitution. Once due process goes we might just as well have just remained colonies under the British Crown.

The answer to that headline is not much if the billionaire in question is New York Mayor Michael Bloomberg.

At a press conference held in conjunction with the Conde Nast Celebrates Editorial Excellence: Toast To Editors, Writers And Contributors event, Bloomberg said that our interpretation of the Constitution must change “to allow for greater security” to stave off events like the Boston Marathon bombing.

“The people who are worried about privacy have a legitimate worry,” Mr.
Bloomberg said during a press conference in Midtown. “But we live in a
complex word where you’re going to have to have a level of security
greater than you did back in the olden days, if you will. And our laws
and our interpretation of the Constitution, I think, have to change.”

I, for one, prefer the “olden days” before we had America’s scold and nanny as mayor of New York City.

Never one to miss a chance to push gun control and show his disdain for the Second Amendment, he had to add comments about guns.

The mayor pointed to the gun debate and noted the courts have allowed for increasingly stringent regulations in response to ever-more powerful weapons.

“Clearly the Supreme Court has recognized that you have to have different interpretations of the Second Amendment and what it applies to and reasonable gun laws … Here we’re going to to have to live with reasonable levels of security,” he said, pointing to the use of magnetometers to catch weapons in city schools.

I know some of the wealthy are somewhat arrogant just like many politicians are arrogant. However, when you cross extremely wealthy with politician you get a special kind of arrogance and Mike Bloomberg is the epitome of it.

In an editorial published yesterday after the defeat of Manchin-Toomey, the editors of Bloomberg View bemoaned the filibuster and the fact that even small states have two senators. They claim the “rural bias” of the Senate puts gun control out of reach.

The struggle to enact their plan turned uphill this week, with nearly all Senate Republicans opposing it and even a few red-state Democrats running for cover. The proposal’s demise, in a 54-46 vote, is a testament to legislators’ continuing fear of the gun lobby. It also illuminates a political equation that grows more unbalanced, especially in the Senate, every year. The votes of Wyoming’s two senators, representing 580,000 citizens, effectively cancel the votes of California’s two senators, representing 38 million. The votes of Illinois, with a population of almost 13 million, are voided by those of Alaska, with little more than 700,000.

This is a problem for sensible gun legislation. It is also a problem for American democracy. If the nation’s laws fail to represent the views of the overwhelming majority of its people, representative democracy becomes a shallow and unsustainable exercise.

Just as gun laws have failed to keep pace with the advance of technology — which puts ever greater firepower in the hands of virtually anyone who wants it — the Senate has failed to adapt to the urbanization and suburbanization of the nation, enabling rural representatives to veto the will of an increasingly metropolitan majority. The Senate cannot, and indeed does not, function if 60 votes are the threshold for every proposal.

While I might be able to excuse their lamentations about the failure of the Senate to gun control, there is no excuse for their abysmal ignorance of the Constitution and the history behind its creation which the editors should have learned before they even got to high school.

When representatives from the thirteen states assembled in Philadelphia to revise the Articles of Confederation in 1787, the delegates brought with them ideas on how they would like the future government to be structured. James Madison of Virginia brought a plan for a bicameral legislature. The Virginia, or Large State, Plan would have apportioned each house of the legislature based upon population. In response to the Virginia Plan, William Paterson of New Jersey proposed an alternative unicameral legislature with one vote per state. While the New Jersey Plan was rejected in favor of the Virginia Plan, the delegates to the Constitutional Convention finally adopted the Connecticut Compromise which satisfied both large and small states. It is this bicameral legislature that we have today: a House of Representatives apportioned by population and a Senate with two Senators per state.

The founding fathers were wise in their compromise. The Senate was meant to be a deliberative body somewhat akin to a non-hereditary House of Lords. It was meant to be a bulwark against populist passions. To throw out the filibuster and equal apportionment by state in the name of some ill-conceived claim of discrimination against the urban areas is to trample on the concept of minority rights. I sincerely think the editors of Bloomberg View might want to consider the ramifications of that move. 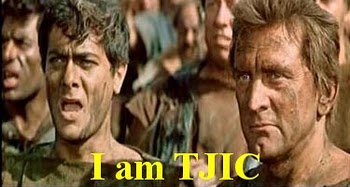 A Massachusetts gun blogger, Travis Corcoran, has had his firearms license suspended over a blog post he made after the shooting of Gabriele Giffords. His blog, Dispatches from TJICistan, is down. Borepatch and JayG have much more on the story and you should read them.

To lose your Second Amendments rights because you used your First Amendment rights to write something insensitive – but not illegal – puts a damper on the exercise of both constitutional rights.

From the Oath of Office she swore:

I, (name), do solemnly swear (or affirm) that I will support and defend the Constitution of the United States against all enemies, foreign and domestic; that I will bear true faith and allegiance to the same; that I take this obligation freely, without any mental reservation or purpose of evasion; and that I will well and faithfully discharge the duties of the office on which I am about to enter. So help me God.

The last I knew both the First and Second Amendments were part of the Constitution. What part of “support and defend the Constitution of the United States” does Congresswoman Carolyn McCarthy not understand?

UPDATE: Jacob at GunPoliticsNY.com has a draft copy of the proposed McCarthy magazine ban.Sebastian at Snow Flakes In Hell has some analysis of this draft bill.