The Colt “snake” revolvers are back. First, they released the Cobra a few years ago followed by the Black Cobra. Last year, Colt released the King Cobra. Yesterday, they announced the re-released of what for many was always a Holy Grail – the Colt Python .357 Magnum Revolver.

The new Python is not the old Python. Changes have been made especially to the fire control parts.

From Ed Head who had the opportunity to fire the new Python 2020 at Gunsite back in November:

Back in November we had the pleasure of hosting Colt at Gunsite for a writer event, followed by a training class for Colt executives. They introduced the new Python, a stainless steel model available in 4″ and 6″ barrel lengths. The action has the smoothest DA trigger I have experienced in a factory revolver. They accomplished this by eliminating 12 parts from the old action and re-designing the internals. Dimensionally these revolvers are the same size as the previous models so grips, speed loaders and holsters are interchangeable.

As to why a blued version is not being released (yet), he wrote on Facebook:

The internals are CNC machined billet steel. Pretty much the rest of the revolver as well. Billet steel barrel. Whether you accept it or not, the reason they explained the blued model would be considerably more expensive is in order to meet the standards expected of a Colt Royal Blue revolver it would require a great deal of hand polishing and labor. BTW, as of mid-November they had a Python on a fixture running it double action and it was somewhere past 50,000 cycles without failing.

Colt released this video about the Python 2020 on YouTube yesterday. 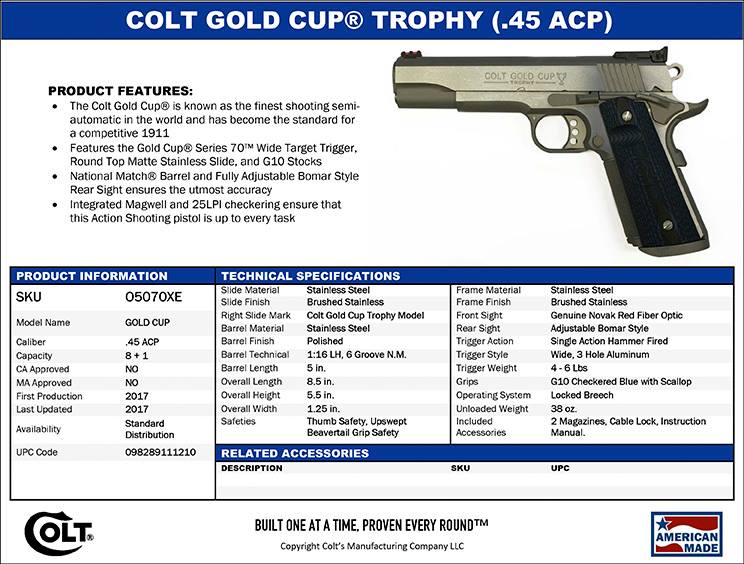 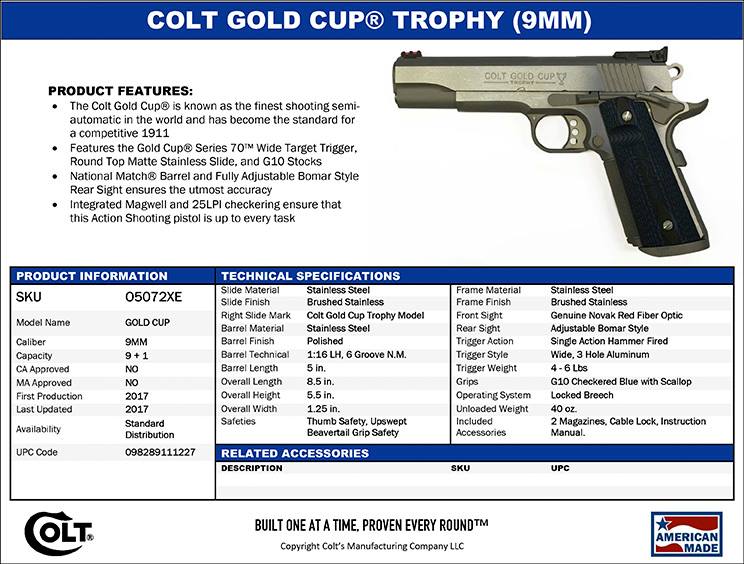 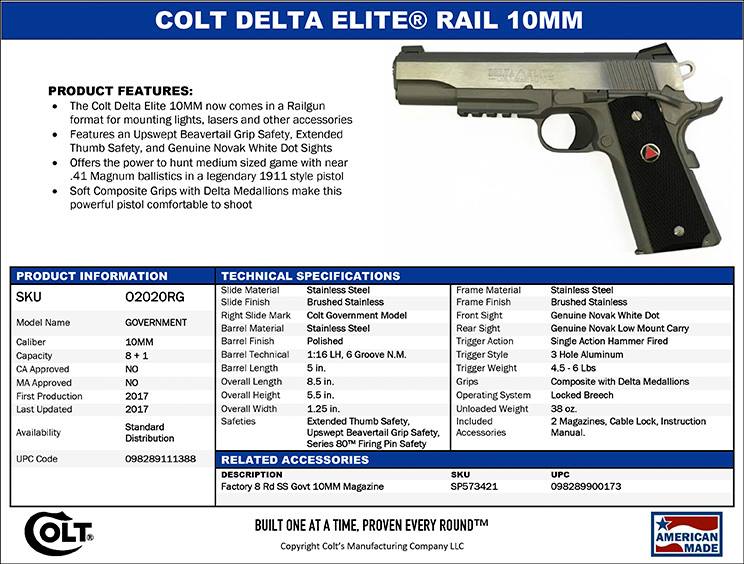 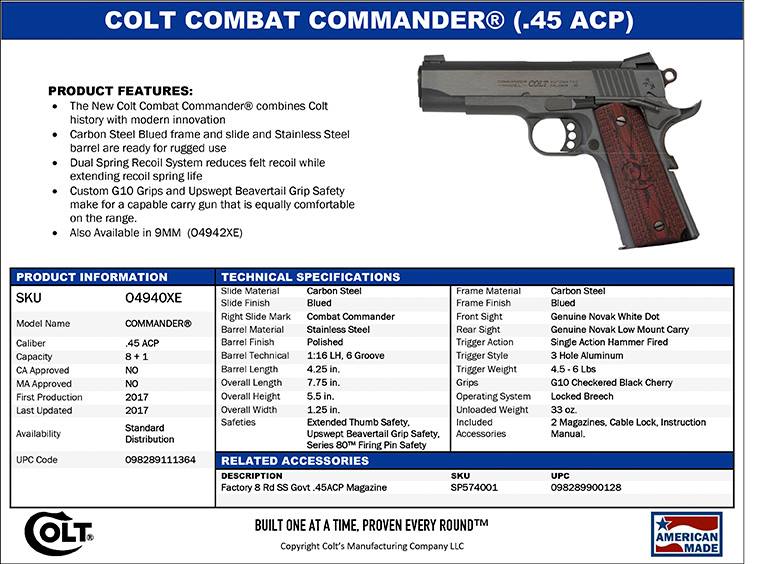 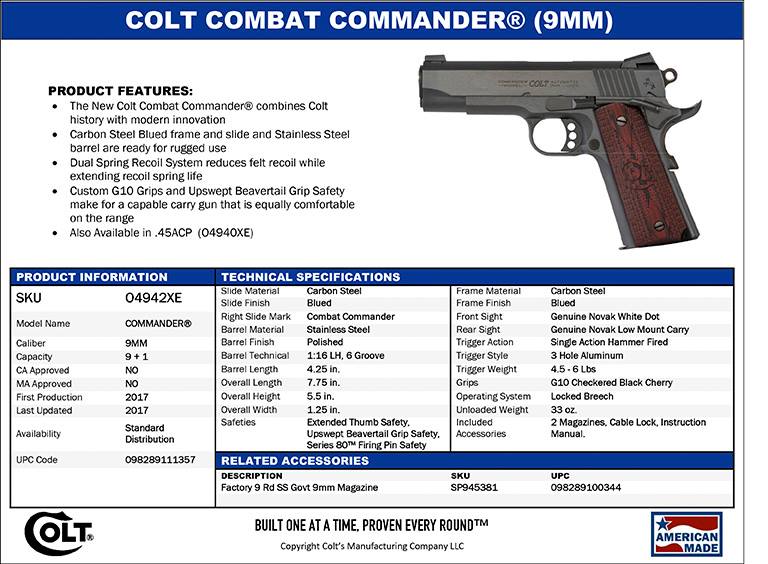 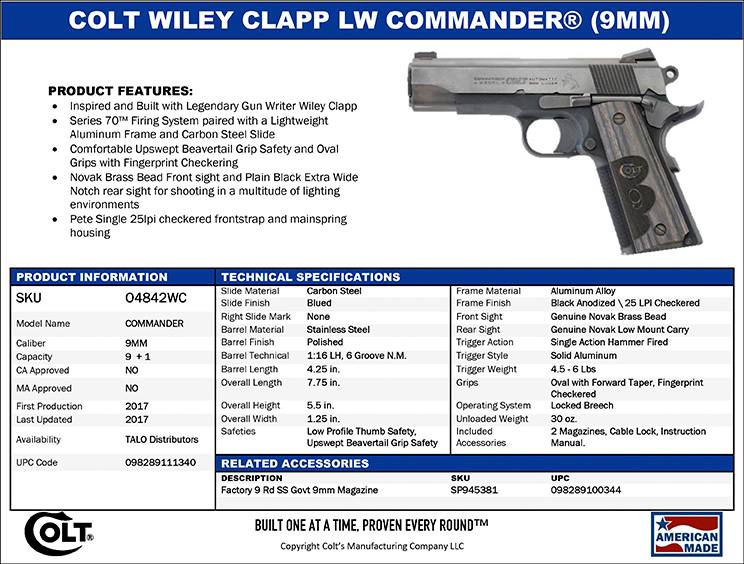 With the SHOT Show beginning in little more than two weeks, I’ve been cruising Instagram to get clues about new production introductions. I’m not an industry insider invited to special showings so I have to glean info where I can. While that can be a disadvantage, it also means that I’m not under any sort of non-disclosure agreement prohibiting me from writing about what I find.

Last night I happened across this picture of an ad that Colt reportedly will be running for the Colt Cobra revolver in .38 +P. The revolver will also have a fiber optic front sight and a steel frame.

The original Cobra introduced in 1950 was an alloy framed revolver similar to the steel framed Detective Special. Only the King Cobra and Combat Cobra revolvers produced from the mid-1980s until the Nineties were steel framed. Looking at the ad for the new model Cobra, it appears that Colt has also changed the cylinder release button from the more traditional version. Otherwise it is very similar to the second issue Cobra.

Colt’s Manufacturing is listed as an exhibitor to Industry Day at the Range so I anticipate that if they are actually releasing the Colt Cobra I will have a chance to try it out. If so, I will report on it then. It will be interesting to see whether they have changed the internals to eliminate the traditional Colt trigger stacking.

It have embedded below the Chapter 11 bankruptcy petition filed by Colt Defense LLC and its associated companies with the US Bankruptcy Court for Delaware. The associated companies include both Colt’s Manufacturing Company and Colt Canada. The petition was filed on Sunday evening according to their press spokesman.

I have not had time to read the whole document and I’m not an expert on reading bankruptcy petitions. However, I did read through the list of unsecured creditors to whom it owes money. Number two on the list was Magpul. Colt owes Magpul almost $1 million presumably for PMags, MOE furniture, etc. Many of the other unsecured creditors are small companies that provide services to the firearms industry. As such, Colt’s bankruptcy is going to be felt throughout the industry.

Jim Shepherd at The Outdoor Wire has some good commentary about the role of Sciens Capital Management in the Colt bankruptcy. They are the favored buyer or stalking horse bidder. Also read the commentary on the bankruptcy at Weaponsman.com.

More filings and the press release can be found here.

Back in late 2011, Colt’s Manufacturing Company indicated that it planned to open a plant in Kissimmee, Florida. They said they were going to make a $2.5 million investment in a vacant facility that was owned by Osceola County. While the plant was scheduled to open in 2012, it never did.

Fast forward to today. At today’s Regular Meeting of the Osceola County Board of Commissioners, the Board gave their unanimous approval and authorization for the Board Chair and Vice-Chair to sign the landlord agreement with Colt’s Manufacturing. The lease will run through 2023. This agreement was necessary before the equipment lessor would allow Colt’s Manufacturing to move any machinery into the building.

While Colt has committed to this plant since 2011, I don’t believe any mention has been made of just what will be made or assembled in this plant. Given Connecticut’s new gun control laws, I would not be surprised to see the plant being used for the assembly of AR-15s for the civilian market. However, that is just a guess.

WFTV Channel 9 Orlando has a report on Colt moving in along with the positive reaction by area residents.

Since 2003 there have been two Colt companies manufacturing firearms. There is Colt Defense LLC which manufactures the M4 carbine for the US military along with the C7 and C8 rifles through their Canadian subsidiary Colt Canada. And then there is New Colt Holding Company or, as it is better known, Colt’s Manufacturing Company. This latter company produces rifles and pistols for the civilian market including both AR-15s and 1911s.

Andrew at Vuurwapen Blog has more on the buyout and why he thinks it will be good for the consumer.