P. Beretta is the world’s oldest continually operating firearms company. They trace their history back to 1526 making arquebus barrels. Their products range from the ultra-utilitarian Beretta 92 series of handguns to exquisitely beautiful double shotguns.

A few years ago they produced a short film illustrating the interface between high technology and hand craftmanship in their high end shotguns. It was exceedingly well done and perfect to watch on a Monday morning.

I came across this interesting animation of how the Browning Auto-5 shotgun works. It would also show how the Remington Model 11 and Savage 720/745 shotguns work. Interestingly, there were two Japanese made clones of the Auto-5 that were introduced in the 1970s: the Auto Pointer by Yamamoto of Tokyo and Herter’s SL-18.

I have a FN labeled Auto-5 in 16 gauge that was my father-in-law’s. I think he picked it up at an auction minus its stock. One of these days I’m going to get it restocked. 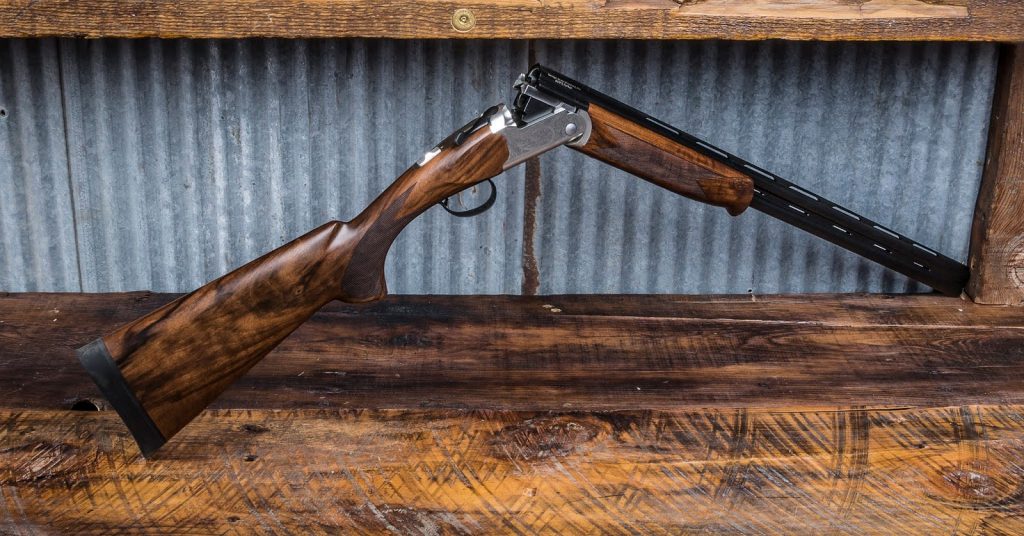 Clint Smith of Thunder Ranch is one of the most highly respected trainers in the industry. In the NSSF video below, he discusses the use of a pistol versus a shotgun for home defense.

Often, the shotgun is downgraded as a home defense tool due to its length and the thought that an intruder could grab the barrel. As Clint shows in the video, the difference in length between a properly presented handgun and a shotgun is not that great. That said, regardless of the weapon used, you need to train as Grant Cunningham makes clear in this post.

Most of us will never get the change to shoot a sawed-off shotgun or SBR like an Uzi. However, if we do get the chance, this short video from Hickok45 might just save our finger tips.

There is always the argument about whether nature or nurture is more important. However, that argument is moot when you are dealing with pro-shooter Lena Michulek. That is because she is the daughter of champion shooters Jerry Michulek and Kay Clark Michulek. She has both good genes and good training.

This shows in the video below in which she shows how to quickly perform a strong hand tactical reload of a shotgun – and then proceeds to quickly knock down five plate targets. I like her reload technique and plan to get some dummy rounds to practice it.

I’ve never participated in cowboy action shooting but that doesn’t mean I can’t learn something from it. In one of the most recent shooting tips videos put out by the National Shooting Sports Foundation, Jim “Long Hunter” Finch shows some single and double loading techniques for a pump shotgun. While Jim is using a Winchester Model 97, his techniques would work just as well with a Mossberg 500 or a Remington 870.

Even if your pump shotgun has an extra long extension tube and you have 7 or 9 shells in the tube, these techniques could be invaluable if you need to switch from buckshot to slugs or vice-versa. I’m no expert but it just makes sense to me to practice some of these techniques regardless of whether you are using the shotgun for hunting or self-defense.

UPDATE: It occurred to me early this morning that if you are trying to load the shotgun while you have a full tube, there are other techniques you have to add in to prevent the round(s) in the tube from loading.

Back during the Vietnam War, USAF Security Police, Marines and Navy SEALs often used shotguns with “duck bill” spreader choke devices. The device would cause the shot to spread out in a wide horizontal pattern. It was designed to be used with No. 4 shot. An example is shown below. 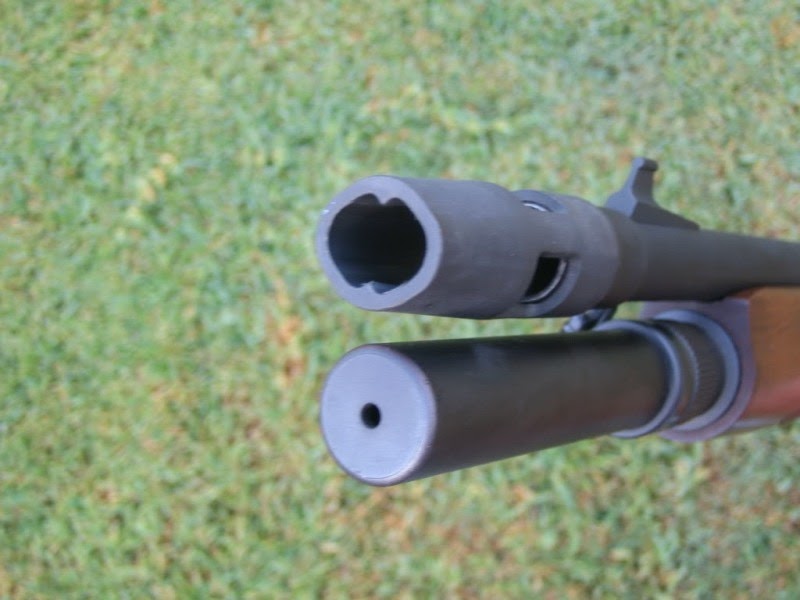 This duck bill spreader device had a couple of faults. First, the openings would catch in jungle vegetation. Second, they had a tendency to crack after extensive use.

Paradigm SRP has just released their own versions of the spreader choke that they call the Gator Shotgun Spreader. Unlike the Vietnam-era chokes, it can be used with both No. 4 and 00 buckshot. Moreover, they make one version that will screw into shotgun barrels that use screw-in chokes and another version that can used with the Saiga shotgun. Neither version needs to be welded on unlike the earlier Vietnam-era spreaders. Both versions are door-breaching capable and will spread shot six feet wide at 12 yards. 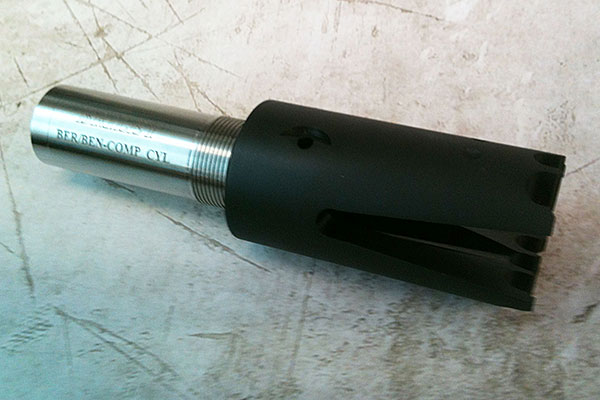 If society ever breaks down to the point where we might defend ourselves against roving hoards of mutant zombie bikers, I could see the utility in having one of these. That said, until then, I wouldn’t want to have to defend its use in court of law, castle doctrine or no castle doctrine.

Videos are available of the device in action on Paradigm SRP’s Facebook page.

This is fantastic slow-motion photography. If you ever wondered how a shotgun wad travels in flight and then separates from the shot, this video shows it.

H/T Everyday No Days Off

According to Magpul Dynamics:

While it’s the most versatile and violent weapon system in the small arms arsenal, the shotgun brings a level of complexity that requires extensive training to master.

Join Magpul Dynamics instructors, Travis Haley and Chris Costa as they guide a diverse group of shot gunners up an intense ladder of excellence. On this journey, the viewer takes a student perspective, benefiting as the students identify and solve problems with a variety of shotgun platforms. This 3 disc instructional set progresses quickly as it covers the fundamentals of shotgun manipulation, pattering, weapon’s configurations, actions types, ammo management, and real life complex scenarios for the Home Defender, Law Enforcement Officer, Military Operator and Competitor.

That reminds me, I need to install the TacStar Side-Saddle I bought on my Remington 870. It does no good sitting in the box!