While strolling the aisles of the NRA Annual Meeting, we came across Single Six Ltd. and their Bison Bull single-action revolver in .45-70 Government. The revolver was massive as you would expect for something that is firing the .45-70 Government cartridge. It truly was a hand cannon.

The version that I am holding is scoped and has a sling post on the barrel that can be used to mount a bipod. A revolver that weighs around 7 pounds empty is going to need either a good rest or a bipod if you want to hit anything. I don’t know many people that could shoot this revolver single-handed a’ la Clint Eastwood in “Dirty Harry”. Even with a two-handed grip, it would be hard to steady this gun shooting offhand. 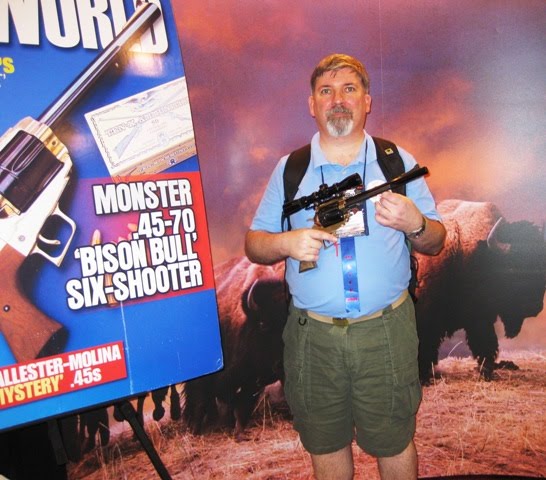 The Bison Bull should appeal to those wanting something more than a single-shot for big-game hunting. The cartridge has enough oomph to take virtually any North American large game.