The Coalition to Stop Gun Violence had its Twitter privileges restored about an hour ago. They seem to be making up for lost time. Their last Tweet said:

CSGV’s promise to victims and survivors of gun violence: We will NEVER stop standing with you, including when you… http://fb.me/W4KQK9WQ

This linked to their Facebook page where they implicitly accuse gun rights activists of harrassing, intimidating, and threatening these poor sheep. 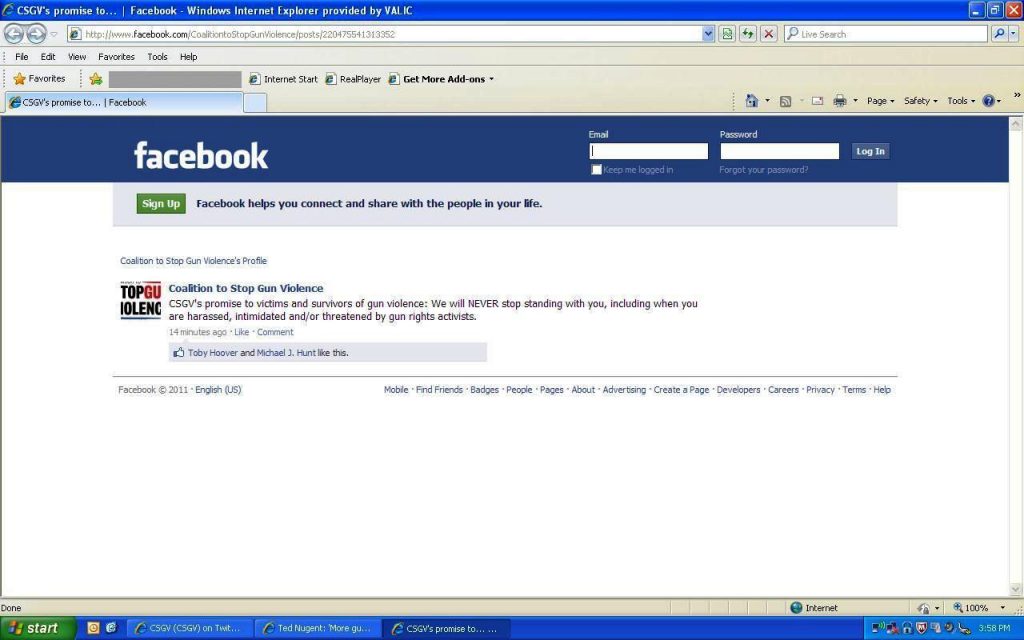 One of the definitions of intimidate is to “to overawe or cow, as through the force of personality or by superior display of wealth, talent, etc.” If one uses a superior argument with CSGV and their followers, I guess you would be guilty of intimidation. I can live with that.