The National Instant Criminal Background Check System, or NICS, has released its statistics for the month of February. We are now at 21 months and counting of year over year increases in monthly NICS checks adjusted for CCW checks. 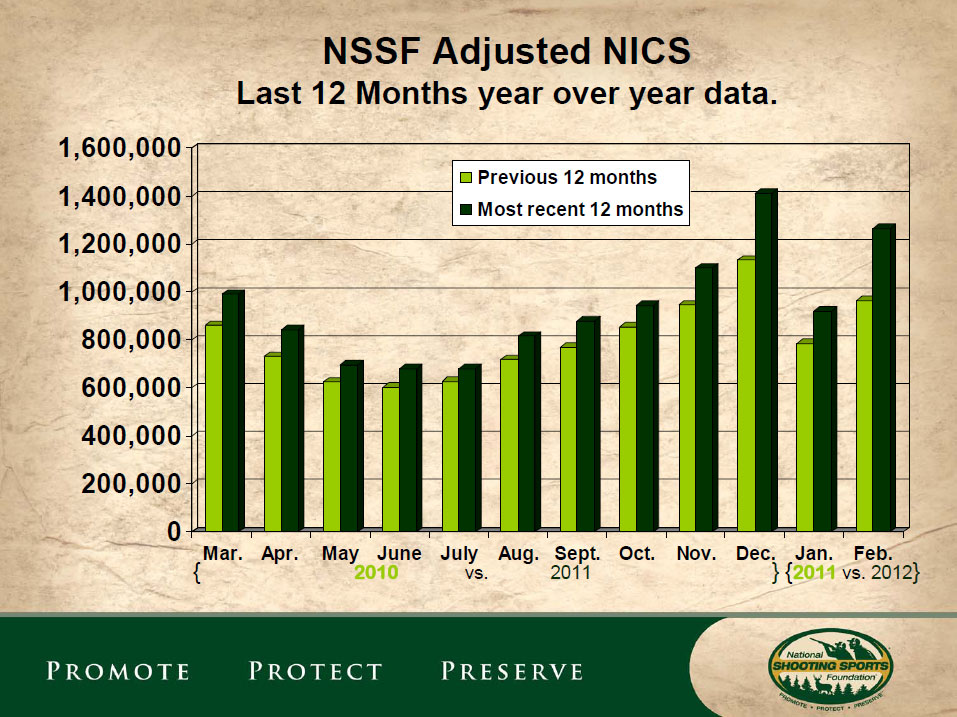 It is important to remember that this isn’t a direct correlation to firearm sales as NICS checks are used for other purposes such as the background check in some states for a concealed carry permit. That said, the NSSF has adjusted these numbers for those checks. These adjusted numbers do represent a reliable indicator of monthly firearm sales of both new and used firearms despite the denials of gun prohibitionist Josh Horwitz.

What I found particularly interesting in February’s numbers was the incredible increase for February 2012 over February 2008. Both are election year months with the primaries well under way. Looking back to February 2008, it was still neck and neck in both the Democratic and Republican primaries. More importantly, the economy had not started into recession yet and the major banks had not imploded. In other words, consumers were still relatively optimistic and had more money available to buy things like guns and ammo. 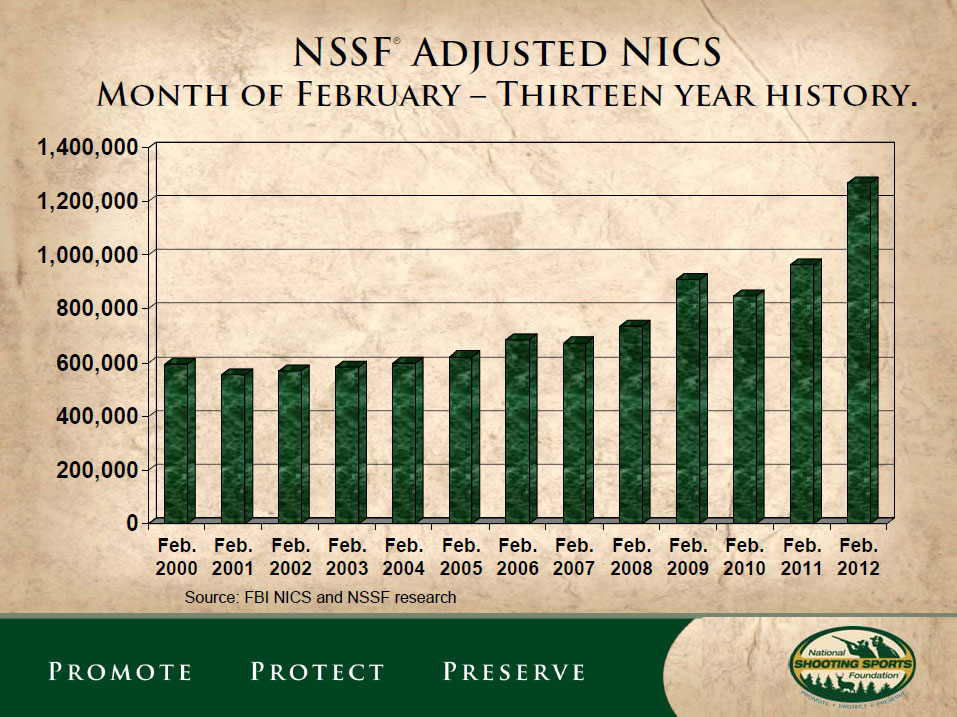 Fast forward to today and the unemployment rate is hovering at 9% more or less. The economy is still stumbling. Yet, the adjusted NICS check figure is approximately 500,000 more for 2012 than for 2008. If I had to answer why, my guess is that it has to do with politics. Specifically with the bitter Republican primaries between a bunch of weak candidates that excite very few, the chances of Obama being reelected have increased to at least 50-50. I think this rightly scares gun owners and potential gun owners as there is no telling what an Obama Administration could do in a second term regarding gun rights without having the constraints of reelection. Frankly that is a very sobering thought.