Within hours of the shooting in Aurora, Colorado, NYC Mayor Michael Bloomberg was on the air demanding more gun control. On Monday night on CNN, he went further and made the ludicrous statement that the police should go on strike until more gun control is enacted.

Now Bloomberg’s Illegal Mayors has gotten into the act with a full page ad in USA Today, a brand new website, and a petition demanding “a plan” to stop “gun violence” (sic). They are using some of the survivors of the Tucson shooting to push the message. Moreover, the gun prohibitionists from VPC and CSGV are going full tilt on Twitter pushing Bloomberg’s new efforts. 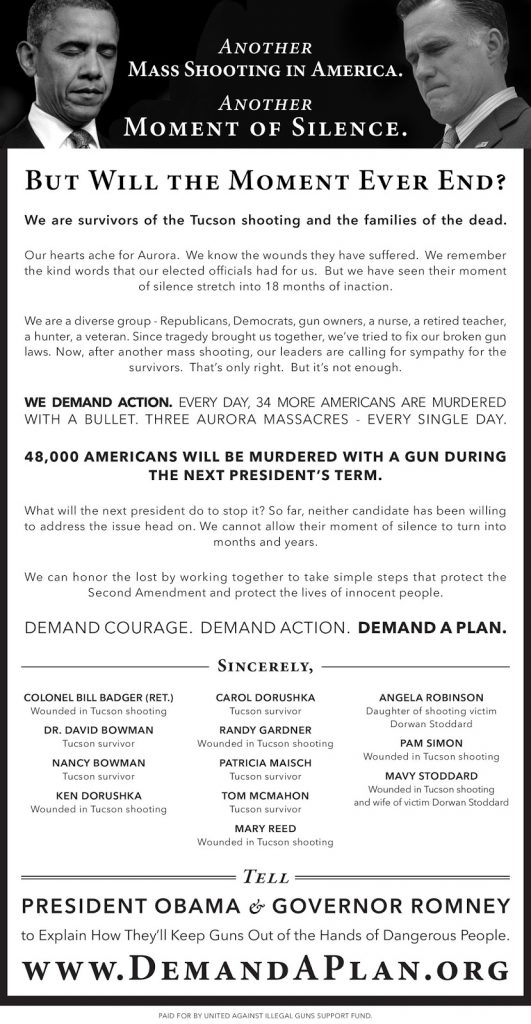 Interestingly enough, Bloomberg’s call to have the police strike may violate New York State’s Taylor law which says “no public employee or employee organization shall cause, instigate, encourage, or condone a strike.” Hmm, isn’t the mayor of New York City a public employee? Unfortunately, just like with his efforts at gun shows in Arizona where he hired private investigators to make straw purchases, he’ll probably skate on this as well.