I posted a bleg asking for advice on the purchase of a laptop back in July. One was to be for me and the other for Laura – the Virtual Stepdaughter – who needed a new laptop as she begins grad school. I want to say that I appreciate all the advice I was given.

I can now report that the laptops have been bought and no sales tax has been paid on either purchase! This is the back-to-school tax-free weekend in North Carolina.

I purchased a HP Pavilion G6-2010nr for Laura as she starts her M.A.Ed. in Elementary Education at Gardner-Webb University. She has been teaching first and second graders for the past three years and was named Grade Level Chair for first grade at her school. With her husband having finished his master’s in athletic training last year, it was her turn to start grad school.

The HP has 4GB of RAM, a 640GB harddrive, a 15.6 inch screen, built-in DVD burner, and weighs 5 1/2 pounds. The other thing that was essential was decent battery life. This laptop has almost a 6 hour estimated battery life. Her operating software is a 64-bit version of Windows 7.

As you can tell from the picture below, she is very pleased with it. She’s even keeping the protective plastic on it for now to keep it “nice”. 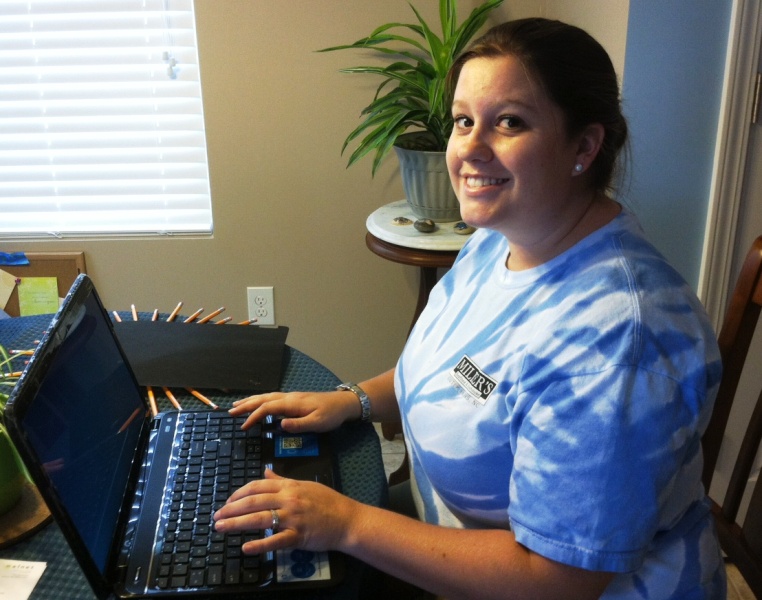 I was looking for something very lightweight with good battery life to use in traveling and at conferences. I wanted something similar to the MacBook Air. I looked at the specs on a lot of “ultrabooks”, checked some out at Sam’s Club, etc. The advice I kept getting from many people was that if I wanted something like a MacBook, why not just get a MacBook? The more I thought about it I realized they were right.

I bought the 13″ MacBook Air base model (4GB RAM and 128GB Solid State Drive) at the Apple Store in Greensboro yesterday. I got a university discount (that adjunct status is paying off!) plus they kicked in a $100 gift card for apps at the App Store. The store was packed and the line was almost out the door. 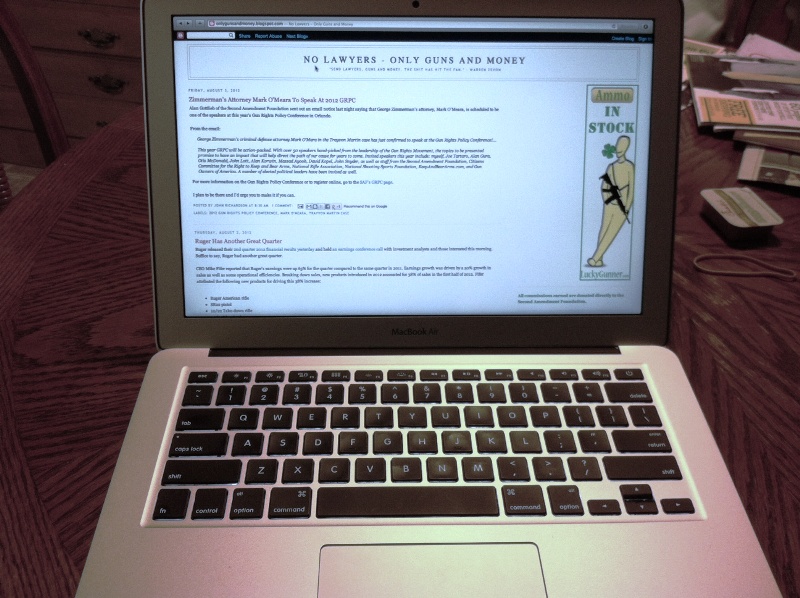 I haven’t had time to give it the full workout that it deserves. Nonetheless, I am exceedingly happy with it so far. I haven’t installed OS X Mountain Lion yet but do have the code to get it for free. I did install Office for Mac 2011 this evening along with a series of other software updates. I have much more set-up and customizing work to do but it is coming along.

A special thanks to PT, Bruce, and Sebastian for recommending that I go with the MacBook. It was good advice.

Again, a big thank you to everyone who gave advice.