At the bottom of the page of a story about how redistricting was causing some voter confusion at the polls in the recall election, KKTV had a set of links entitled More From Our Partners. The lead story in this category was about the new voter ID law in North Carolina. It was from “DGA”. Following the link I found that DGA stands for the Democratic Governors Association and the article was accusing Gov. Pat McCrory of backing “voter suppresion.” The link is gone now as they have rotating links. However, you can still see it in the screen cap shown below. 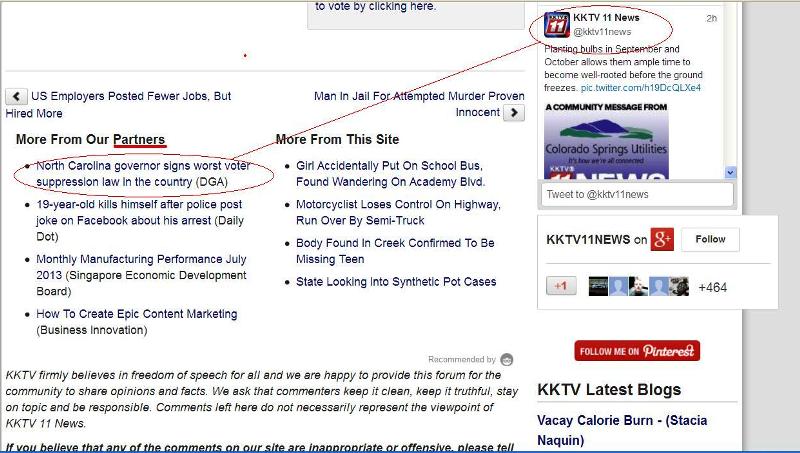 You have to wonder if this same station would consider the Republican Governors Association as their “partner” and include links to its “news” stories. Frankly, I don’t want my local TV station to consider either party as their “partner”. I want them to report the news without a slant. At least with KKTV the curtains have been pulled aside a bit and their bias can be seen.