I read a lot. Just ask the Complementary Spouse when she wants to get my attention!

I tend to have a number of books going at the same time. Currently, I’m reading three books that I hope to review for the blog.

The first is by well known Second Amendment attorney and scholar Stephen Halbrook. The Independent Institute has just published his book “Gun Control in the Third Reich: Disarming the Jews and ‘Enemies of the State'”. From the publisher’s blurb:

Based on newly discovered documents from German archives, diaries, and newspapers of the time, Halbrook presents the hidden history—in a readable but well documented, scholarly manner—of how the Third Reich made use of gun control to disarm and repress its enemies and consolidate its power.

The book covers the historical periods of the Weimar Republic and the Third Reich leading up to World War II. The book then presents a panorama of pertinent events during World War II regarding the effects of the disarming policies. As Americans’ right to bear arms becomes increasingly challenged, it is a caution to all who debate these issues. 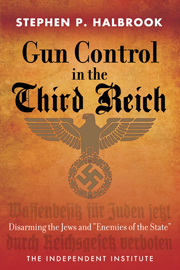 The second book I’m reading is a short book by British publisher Osprey Publishing. They tend to do a lot of military history and weapons-related books. This one is entitled “The Book of Gun Trivia” and it is written by Gordon Rottman. I’ve learned a lot from what I’ve read so far. 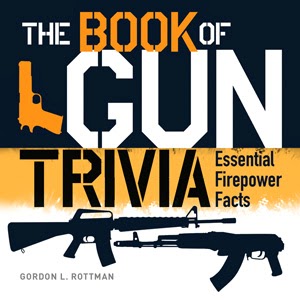 The final book is about forward air controllers and their work with the Studies and Observation Group (SOG) in Vietnam. One of the places that my father was stationed in Vietnam was Cam Ranh Bay where he ran a small Army airfield. That is what spurred my interest in this book. Da Nang Diary was originally published in 1991 and is now being republished by Casemate.