The National Shooting Sports Foundation has released its adjusted-NICS figures for the month of November 2013.  It shows a drop of 14.2% from November 2012.

In many ways this really shouldn’t be surprising. While the peak in November 2012 was pre-Newtown, it reflects the uncertainty for gun owners of another presidential term for Barack Obama. If you look in the chart below of the adjusted NICS checks for the month of November going back to year 2000, you see definite spikes in 2008 and 2012. 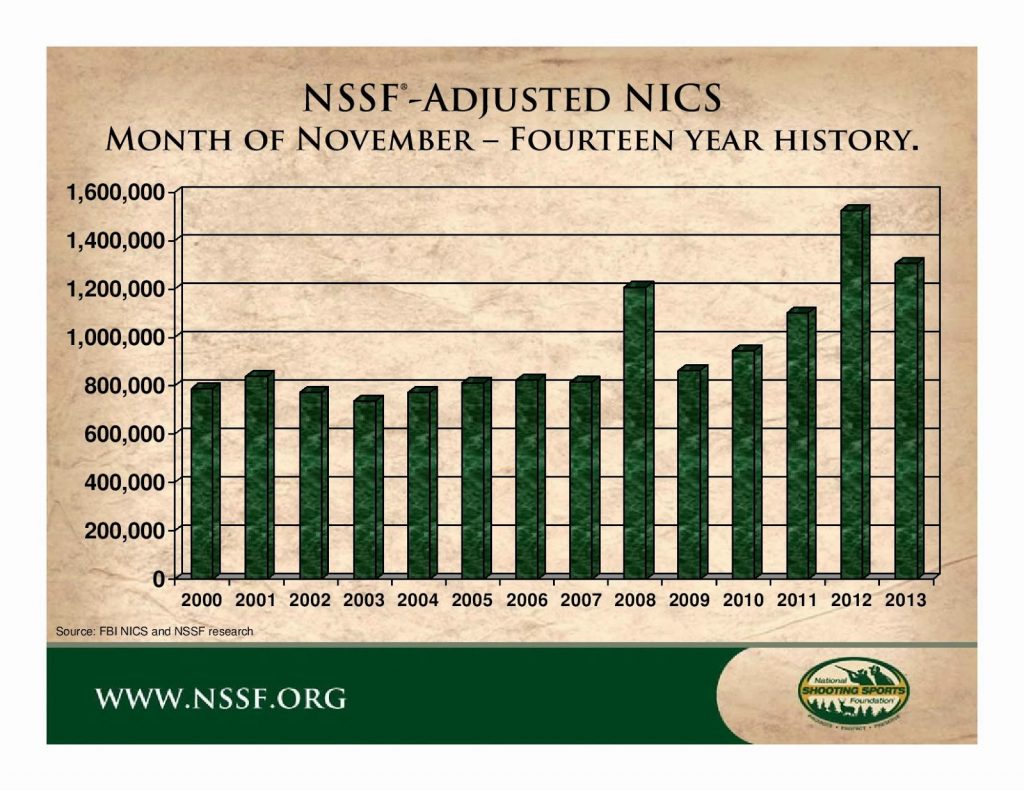 As I wrote last month, gun sales as reflected in the adjusted-NICS checks are trending towards a new normal. They are coming off their post-Newtown peaks but are still at a much higher overall level than they were pre-Newtown. Firearms manufacturers are still trying to catch up with the demand and are working through their backlog of orders. Tom Taylor of Mossberg confirmed this last Sunday on Tom Gresham’s Gun Talk in the first hour of the show.

NICS checks are an indicator of trends in gun sales but are not perfectly correlated with them. This is because many states use the NICS database for initial and continuing checks on their concealed carry permit holders. Moreover, in many states such as North Carolina, a concealed handgun permit substitutes for a NICS check.