FN-Herstal unveiled a new version of their SCAR rifle in mid-June. The unveiling took place in Paris at the Eurosatory – International Defence Week exhibition.

The new rifle, SCAR-H PR (Precision Rifle), is somewhat similar to the SCAR Mk-20 SSR (Sniper Support Rifle). Both are in 7.62×51 NATO caliber. The SCAR-H PR features a 20 inch free-floating barrel, two-stage trigger, a new 6-position buttstock with a nonslip cheek piece, and Picatinny rails on the top, sides, and bottom of the rifle. The flash suppressor appears to be similar to the Smith Vortex and allows for easy attachment of a sound suppressor. The thinking is that this rifle was designed to take over the role of the M-14 as a Designated Marksman Rifle. 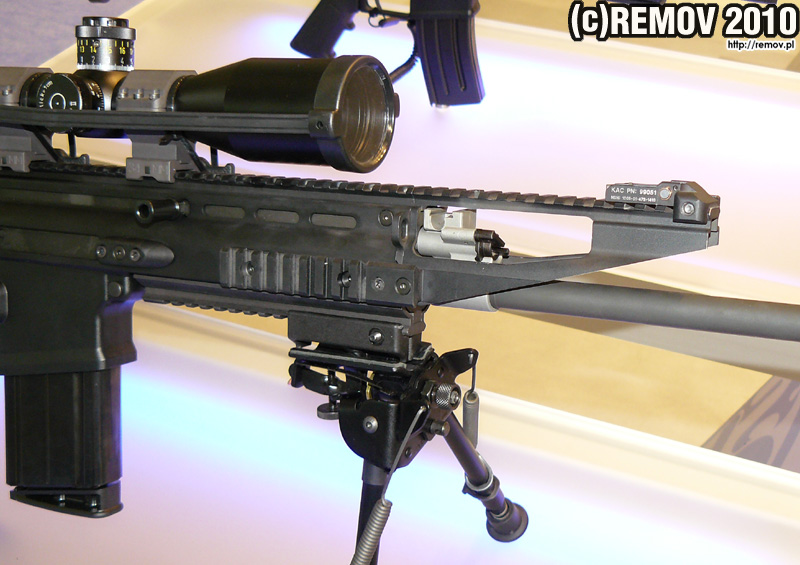 Contrasting it to the SCAR Mk-20 SSR, the first differences appear to be a different buttstock, a different flash suppressor, and, most obvious, a cut-back rail system. The changes in the rail system look like they would save some weight. When compared to a SCAR-H Mk-17, you can see the differences in the cheek piece of the buttstock. 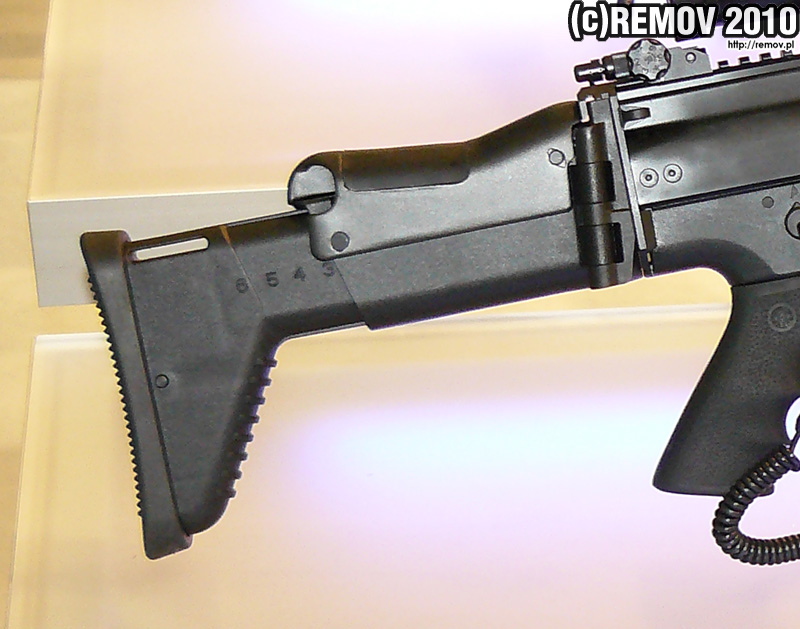 From Internet discussion of the SCAR-H PR, there are unconfirmed reports that this rifle underwent serious testing at the Naval Special Warfare facility in Niland, California. Indeed, the accuracy of this rifle was reputed to be so good that some questioned the need for the Mk-20 SSR.

The photos of the SCAR-H PR and SCAR Mk-20 are used with permission from Remi Wilk – REMOV.