The coroner’s inquest into the shooting of Erik Scott outside the Summerlin Costco by Las Vegas Metro Police is today. I don’t know how it will turn out and that isn’t the subject of this blog post. There has been a lot of speculation about the case and a Google News search will turn up hundreds of stories.

Michael Bane has just devoted a full episode of his Downrange Radio podcast to this shooting and how one can take steps to avoid something like this happening to you if you are carrying concealed.

As Michael says in the podcast, if you are accosted by staff in a Big Box store about carrying concealed, you have just entered Condition Red. Your goal is to do what is needed to get out of the situation unhurt and in one piece. You need to de-escalate the situation and get out of the store. The podcast gives some good advice on how to do this. 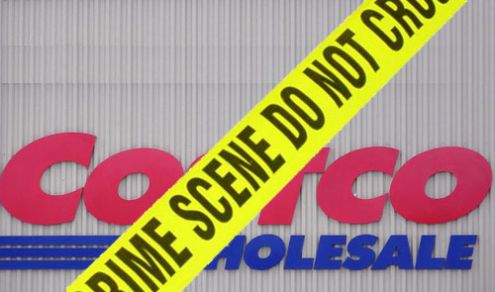 The next major bit of advice that he gives is to be the first one to call the police. Do it if you have been accosted by store employees or store security, do it if you suspect that they have called the police, and especially do it if they are trying to prevent you from exiting the store. All 9-1-1 calls are recorded. Use this to your advantage to get your story on tape – leave the cell phone on to establish a record of your behavior.

Finally, if you leave the store and police are waiting for you outside, do what they say. You can work out the legalities, the rightness of it, etc. later. Your goal is to survive. Put your hands in the air and announce you are going to your knees. Tell them you are a CCW holder and where the gun is located on your body. But for God’s sake, do not reach to show them the gun – let them take it off of you.

We may never know the full story out of Las Vegas as videos have disappeared and there are conflicting stories. What we can do is make sure it doesn’t happen to us.

The podcast is available on iTunes as well as on the Downrange Radio website.  It is well worth listening to however you do it.

PS: As Sailorcurt on Captain of a Crew of One has noted, Costco Wholesale Clubs have a restrictive policy that only allows law enforcement to carry in their stores. I posted on it here. Whether I am carrying or not, I do not plan to give them my business.

6 thoughts on “How To Avoid Another Las Vegas Costco Shooting”