As you should know by now, Arizona has constitutional carry. You can carry a handgun openly or discretely without a license. There is no training requirement, no license, and no fee or tax that has to be paid. Some who put on the formerly required concealed carry permit class were upset at this and tried to rally opposition to it. They based their opposition to it on the need for training.

We all need training. That should be a given. The Arizona Citizens Defense League has stepped in with a great project to provide this training. They call it TrainMeAz.com.

Interested parties from around the state joined forces to promote gun-safety training, the shooting sports, self-defense awareness and exercise of the fundamental constitutional right of the people, to keep and bear arms for all lawful purposes. The goal is to advance marksmanship, safe gun handling, and a deep appreciation of the valuable role firearms play in a peaceful society, on a statewide scale.

They maintain a list of all the gun trainers and training classes in Arizona, a list of ranges and other places to shoot, gun shows, and information for people traveling to Arizona.

To publicize their efforts they have, in addition to the website, a series of billboards publicizing the project.

They also have a special billboard on the border with California welcoming visitors from that state. 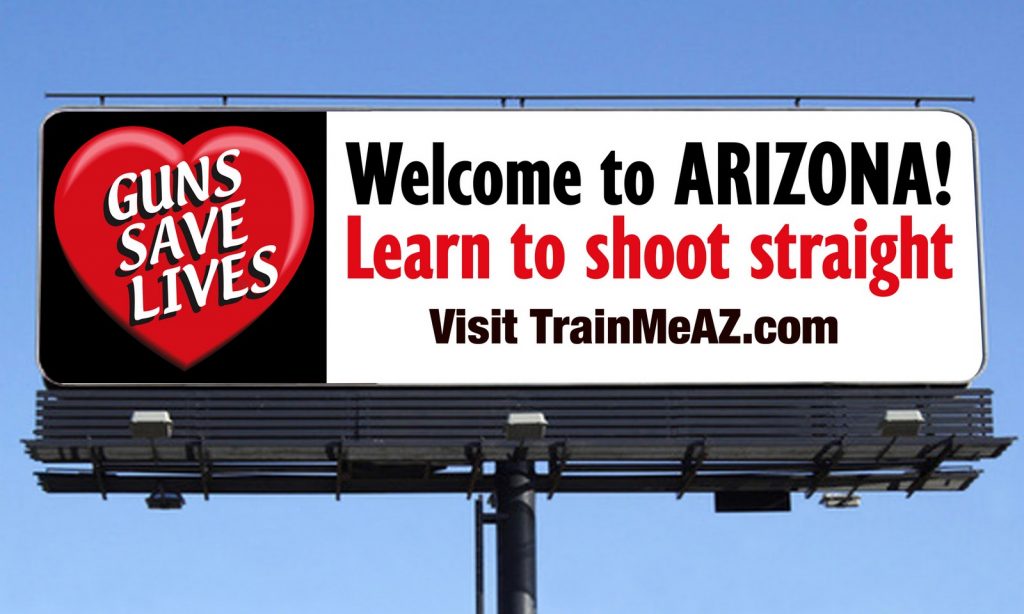 One thought on “Great Project in Arizona”