Verizon and Apple announced on Tuesday that the iPhone4 (or maybe 4.5) will be available to Verizon Wireless customers starting on February 3rd for existing customers and February 10th for new customers. This announcement made a big splash in the media even making all the nightly news shows.

OK, you say, so how does this relate to guns? Money, sure, it is a somewhat big deal as it involves the battle of Apple to stave off the challenges from the Android phones among other things.

It relates to guns because one of our favorite makers of magazines, AR accessories, and training videos – Magpul- is now shipping their own protective case for both the iPhone 3 and iPhone 4 according to a post on the SoldierSystems blog. 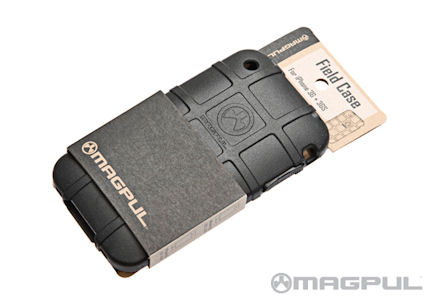 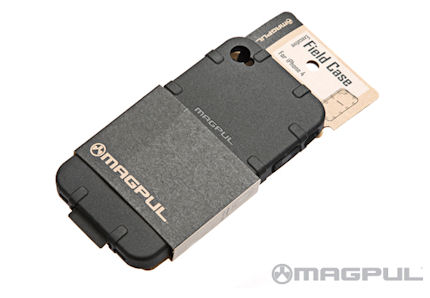 Magpul is selling the protective case for only $9.95. It is made from the same semi-rigid thermoplastic as the original Magpul loop. The specs on it according to Magpul are:

One other feature – made in America.

You can tell the world you are a Magpul fanboy with your iPhone case and only those in the gun culture will get it. Think of it as the secret handshake that the Brady Campaign in their fevered imagination swears exists among gun owners.

UPDATE:  My Magpul case for the iPhone 4 for Verizon arrived yesterday. One of the concerns was whether with the side buttons being in a slightly different location on the Verizon phone versus the AT&T phone would it work. It does. The molded in button for the on-off switch and for the volume works just fine. The cut-out for the switch to turn off the ringer is off a little but still usable. You just have to use your fingernail to flip it up or down.

I found the case to be solid and it fits well (see comments above). The ribs on the side allow you to grasp the phone easier. As to price, it seems to be about half as much as the silicone ones I was seeing at WalMart.

I am happy I got it and would recommend to anyone with an iPhone 4.