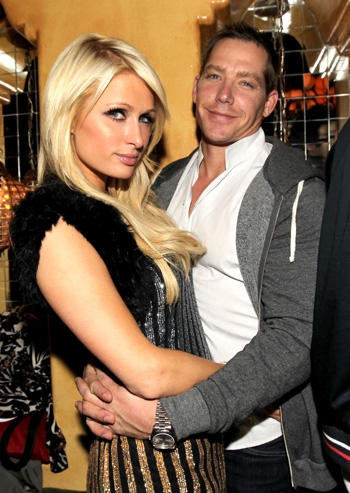 Paris Hilton (seen above with her boyfriend Cy Waits) revealed that Waits stopped an armed burglar from getting into her home last August by pulling a gun on the intruder. Waits held the burglar at gunpoint for a half hour while they waited for police to arrive according to the story. The burglar was armed with “two large knives”.

It is not known whether Waits, a nightclub “mogul”, had one of those rare LA County concealed carry permits or just kept the pistol at Hilton’s house. The discussion about this incident on the CalGuns.net forum seems to indicate that even though Waits was not at his own residence, it was lawful for him to use a firearm to stop the armed intruder.

Neither Hilton or Waits are someone the NRA would want as a spokesperson due to run-ins with the law but I’m glad that a firearm was available for use in stopping an knife-wielding intruder. I am surprised that the LAPD took 30 minutes to get to Paris Hilton’s house given that she is a celebrity.

One thought on “That’s Hot!”