The Irish rock group U2 played a series of concerts last week in Mexico City. The band’s leader Bono made news when he said that most murders in Mexico are committed with automatic firearms smuggled in from the United States. From the band’s website:

‘Ask them to answer the question. Why is it that all we hear on the news is how drugs are smuggled through Mexico to the United States ?

‘And we don’t hear about all the automatic weapons that are being smuggled into Mexico from the United States. Nine thousand registered arms dealers on the other side of the border. Nine thousand.

‘Most of the murders committed here are from weapons sold in the United States of America.

In the video embedded below (which I have also posted on YouTube), you can listen to the comments made by Bono and the change in lyrics he made to their song Pride (In the Name of Love).

I can’t exactly blame you. You have probably heard the “statistic” that 90 percent of guns used to commit crimes in Mexico come from the United States from Hillary Clinton herself. Or Senator Dianne Feinstein. Or maybe even from William Hoover, assistant director for field operations at the Bureau of Alcohol, Tobacco, Firearms and Explosives. After all, if anyone knows, the ATF should, right?

The problem is, as with many other factoids which gain a life of their own and enter the general circulation through media and internet, this is simply not true.

Thanks to the NSSF, we have this graphic showing that for 2008 – the latest year for which figures are available – only 12% of firearms seized in Mexico came from the United States. Of course, with all the firearms that went to Mexico due to Project Gunwalker, the numbers could be higher in later years. 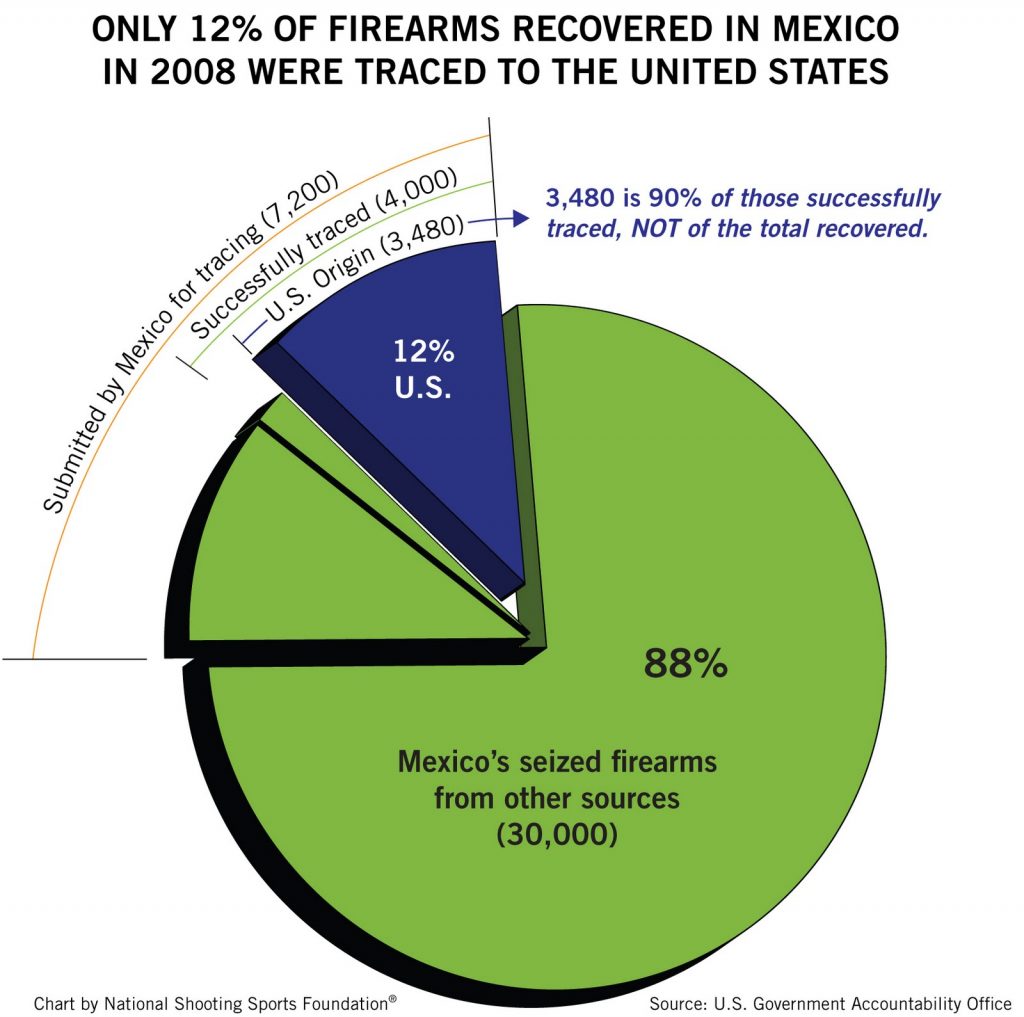 The bottom line is that we’d be a lot better off if rock stars, actors, and other assorted glitterati stuck to music or acting or just looking pretty and save us from having to hear their pronouncements about matters on which they know nothing.