American-born Muslim jihadist Adam Yahiye Gadahn (born Adam Pearlman) released a video the other day that is making the rounds of the Internet. In the video, Gadahn calls on Muslims in the United States to attack Zionists and Crusaders. He says that “America is absolutely awash with easily obtainable firearms” He goes on to say that the jihadis can just go to any American gun show at the local convention center and come away with “fully automatic assault weapons with no background check” and no request for ID.

As one would come to expect, the gun prohibitionists have jumped on this video and are playing it on their websites. Below is a screen shot from Mayor Bloomberg’s Illegal Mayors “Fix Gun Checks” site. 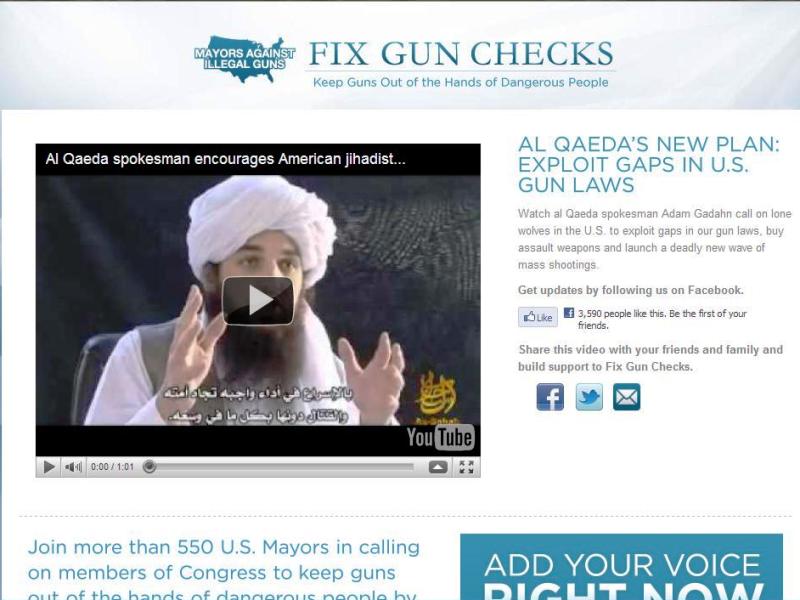 Of course both Adam Gadahn and those gun prohibitionists who believe this live in La-La Land. The going cost of a fully automatic M-16A1 eligible for transfer under the National Firearms Act sells for approximately $16,000 – and includes a background check that can take up to 6 months, fingerprints, photos, a $200 tax stamp, and the approval of the local chief law enforcement official before the transfer takes place.

Those of us in the gun culture know this is a farce. Unfortunately, there will be some that are taken in by this sham.