From a release sent out by Crimson Trace tonight:

(Camp Perry, OH) Crimson Trace’s media relations manager, Iain Harrison took top honors at the new National Defense Match at Camp Perry this weekend. In a neck and neck race with Team FNH’s Tommy Thacker, the two shot almost identical times during the first half of the match, until Thacker made a procedural error which cost him dearly. Marking a departure from the usual Camp Perry matches, the National Defense Match introduces a more practical aspect to the discipline and stresses speed as well as accuracy at ranges from 7 to 500 yards.

Match Director and ex-SEAL Trey Tuggle masterminded the event and brought in Swiss-manufactured electronic targets from Shot Response . Although new technology played an important role in the national match, the course of fire is designed to be adaptable to the club level. “We wanted to remove barriers to people enjoying competitive shooting and get more folks involved in the sport,” said Tuggle. “This match is designed to be challenging, but not so overwhelming that the average guy with an off the shelf semi-auto rifle can’t come out and play. We hope that clubs across the country will adopt the new format as a way of getting new shooters involved in competitions.”

The Camp Perry event received wide support from the firearms industry, not only from title sponsors FNH, but also from key players such as DPMS, JP Enterprises, Geisselle Triggers, Bladetech and Sinclair. Also joining Harrison for the event was fellow Top Shot finalist and Ohio native Chris Cerino. 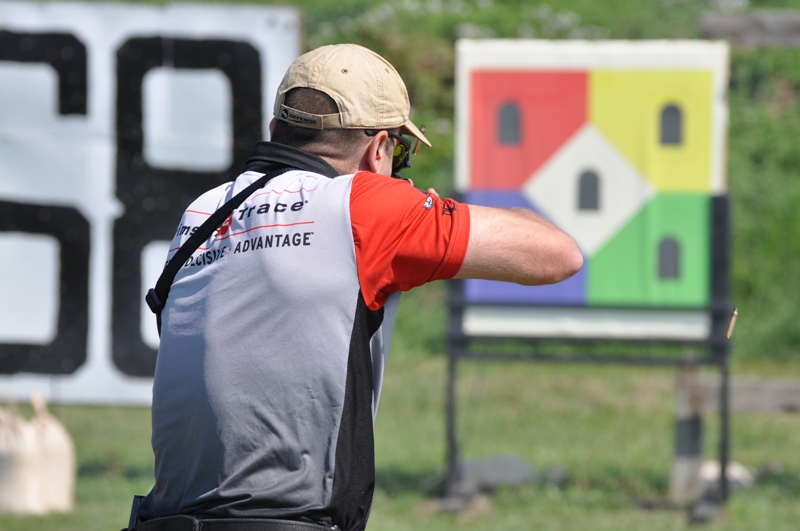