I received this press release today about the ISSC-Austria M-22 .22LR pistol today. I haven’t shot it but after seeing Jeff Quinn’s review of it, I think that might change. It is a “Glockish” pistol with a very similar silhouette. The difference is that it is not striker-fired but rather it is hammer-fired. It also has an external safety.

WARE, MA (August 2011) – ISSC-Austria, exclusive importer and distributor of the M22 range pistol and MK22 Modern Sporting Rifle, will commence shipping the M22 pistol in Olive Drab starting the final two weeks in August. The M22 OD will be available in ISSC’s proprietary Ti-clad black and Two Tone finish which protects the pistol from harmful elements and chemicals. The M22 pistol is the ideal range pistol designed to use inexpensive, high-velocity 22LR ammunition, while providing a highly accurate, defensive pistol feel in handling.

The ISSC M22 pistol offers shooters the economical alternative to practicing with high-priced ammunition. Using inexpensive .22LR, the M22 pistol provides the shooter with the same rapid fire performance of a traditional centerfire pistol. Built using the combination of a Lothar Walter match barrel, adjustable sights and a very crisp 4-lb single-action trigger, the M22 is the new standard in training pistols. MSRP starts at $299.95. 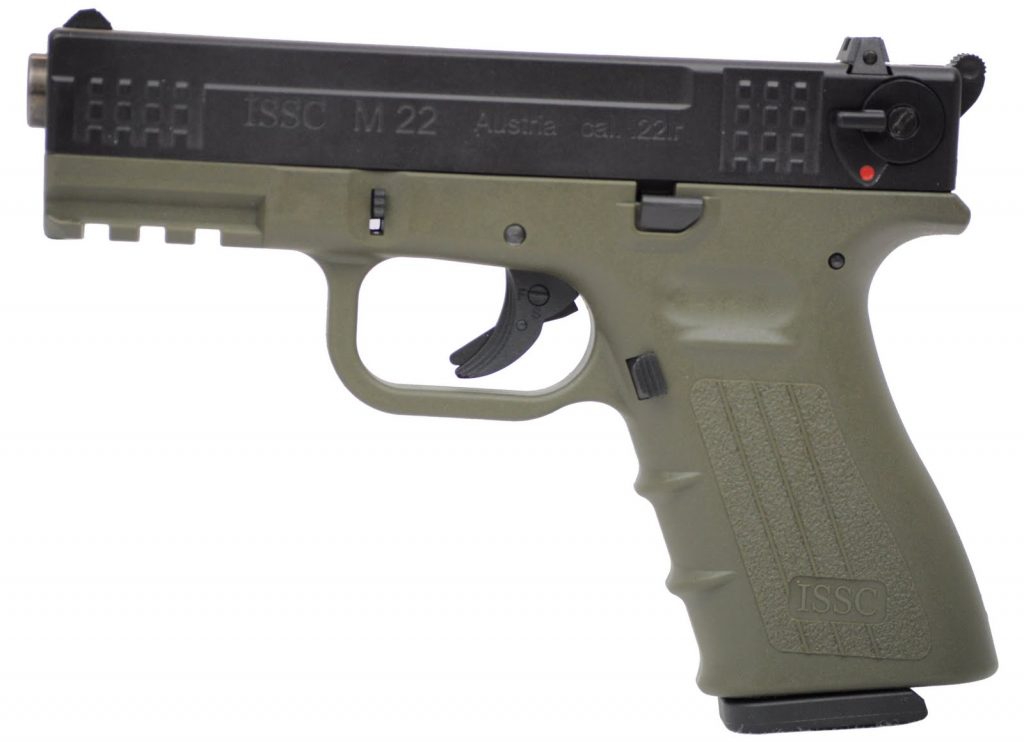 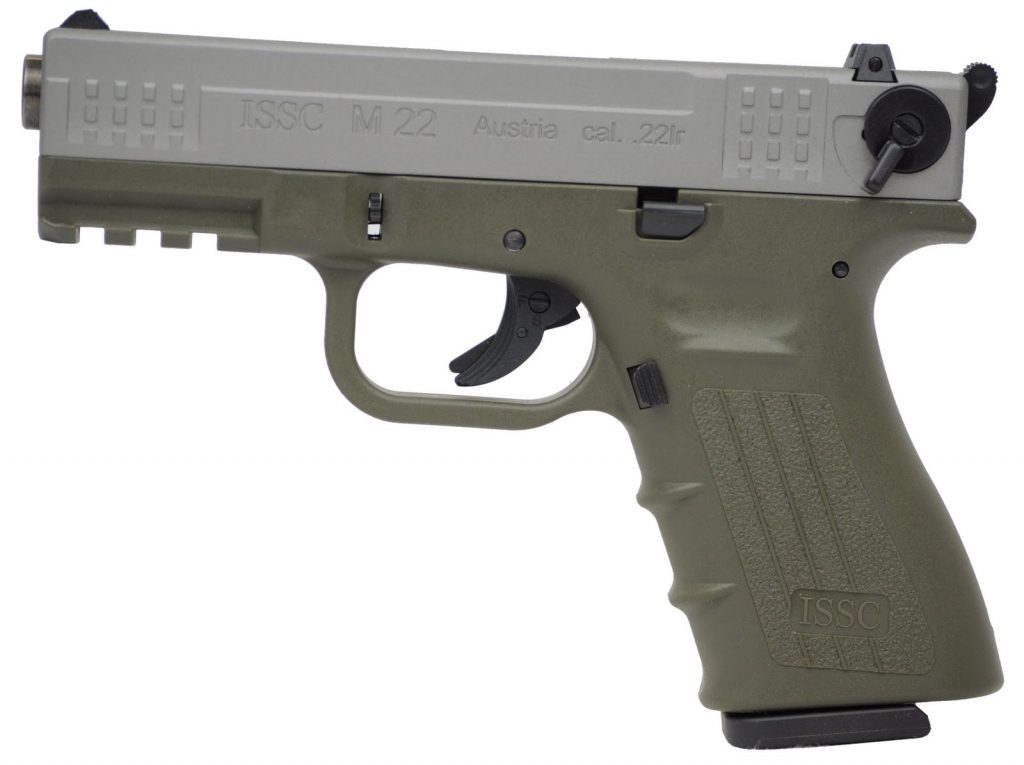