Mike Vanderboegh has been calling for a “Second Front” in the investigation into Project Gunwalker.

The selective release of the emails proves that the Obamanoids are now in full damage control mode, for as Ben Franklin quoted Samuel Johnson, “Nothing concentrates the mind so wonderfully as the prospect of being hung in morning.”

That same sentiment can work for the investigation into the truth of the matter, for once some of these malefactors are put on the Congressional hot seat under oath they will more reason to come clean. Let’s face it, not enough questions are being asked of too few people who were at the genesis of this scandal, and if that pace continues some of the malefactors will die of old age before they face justice.

So, it is time to open a second front, or even a third front, on the search for truth in the Gunwalker Plot. As before, since the beginning, this will have to be from the bottom up.

By a Second Front he means hearings by other committees such as the House Judiciary Committee or the House Foreign Affairs Committee as they would have jurisdiction over the Justice Deparment and transnational arms smuggling respectively. 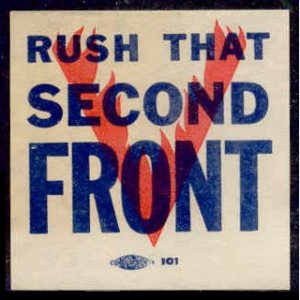 A Second Front may be opening due to pressure from what I would consider an unexpected source – Sen. John McCain (R-AZ).

According to an article in the Arizona Daily Star of Tucson, McCain has sent a letter to Senators Joe Lieberman (D-CT) and Susan Collins (R-ME), Chairman and Ranking Member respectively of the Senate Homeland Security and Governmental Affairs Committee, asking for committee hearings into Operation Fast and Furious.

In a letter sent Wednesday, McCain said additional information released about the operation last week warrants a hearing of the Senate Homeland Security and Governmental Affairs Committee, of which McCain is a member.

“The committee should hold a meeting as soon as possible to examine these new revelations and determine what additional measures are needed to help prevent this type of malfeasance from occurring again,” McCain wrote in a letter addressed to Sen. Joe Lieberman, I-Conn., and Sen. Susan Collins, R-Maine.

The veteran Arizona Senator is asking for the committee to call the U.S. Attorney General, Eric Holder; the Homeland Security Secretary, Janet Napolitano; and the ATF’s acting director, B. Todd Jones; as witnesses.

A PDF of the letter can be found here.

I am anxious to see what comes of this push by McCain to have hearing on Project Gunwalker in the Senate. While I think the Senate Judiciary Committee is probably a lost cause given the chairmanship of Sen. Pat Leahy (D-VT), this committee may hold some promise. Lieberman broke from the Democratic ranks to support John McCain for President in 2008 and given he has said he isn’t running for re-election he has nothing to lose by going after Obama and Holder. It will be interesting.

One thought on “Is A Second Front Opening”