Earlier this month I made the suggestion that people should send Mayor Michael Bloomberg packets of Goody’s or B.C. Headache Powders.

Mayor Bloomberg, if you will recall, had slandered Tennessee nurse and med student Meredith Graves by saying she had been arrested for cocaine possession. This was in addition to running afoul of New York City’s draconian gun laws. That “cocaine” was, in reality, an aspirin-based headache powder which is very common throughout the South. Of course, those charges were dropped after the substance was tested.

I followed my own suggestion and mailed Mayor Bloomberg a six-pack of Goody’s Powders along with a sheet from the North Carolina History Project explaining the origins of headache powders. I fully expect that I am now on the suspected terrorist list for the City of New York. To use a good Southern expression, this makes no nevermind to me as I don’t intend to set foot in any of the five boroughs while Bloomberg is mayor and the gun laws are as they are. 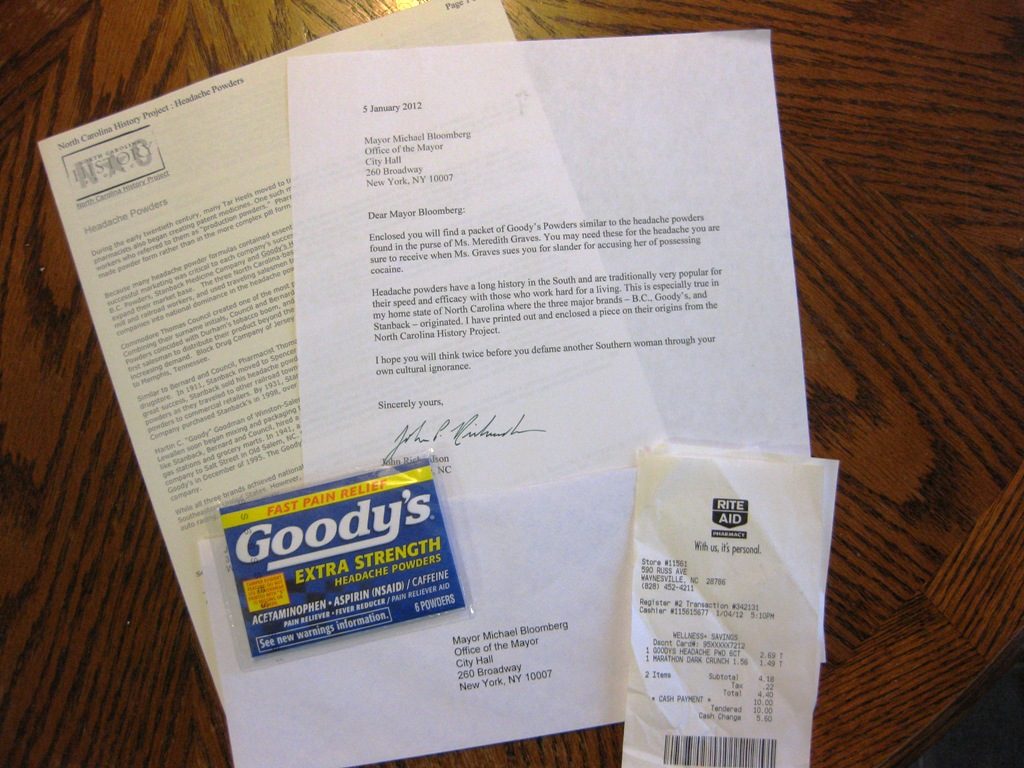 Note – If you click on the picture, you can enlarge it and read the text of my letter without squinting.

12 thoughts on “A Present For Bloomberg”