Sorry for the light blogging for the last couple of days. I had to attend a company regional meeting in Baltimore.

With Maryland’s uber-restrictive carry laws, I knew concealed carry was out. Moreover because I only had carry-on luggage, the next level of protection – a knife – was out as well. Thus, I was restricted to a tactical pen that I thought I could get past the oh so vigilant eyes of TSA.

I went with one of the new Sharpie stainless steel bodied pens. They are a bit slimmer than their markers but still seem substantial enough without screaming tactical. I have a couple of pens marketed as tactical but wasn’t sure they would get past TSA. I’d rather lose a $4.57 pen to them than one that cost $25 or more. 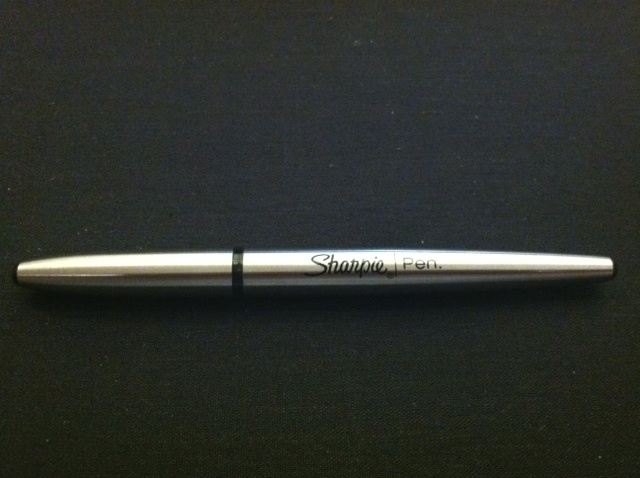 The Sharpie pen actually writes fairly well and is comfortable for writing. Some tactical pens in my opinion are just too heavy for constant use.

As to TSA, they were actually easier to deal with in Baltimore than in Asheville. In Asheville, I had to go through the screener 3 times stripping off my belt and then my watch before I didn’t set it off. I guess I should be thankful that I wasn’t groped. The one thing that did creep my out a bit was seeing Big Sis Janet Napolitano playing on a video over the “security” check-point in Baltimore. A little bigger screen and it would have been right out of Apple’s 1984 Superbowl ad.

7 thoughts on “Back From Baltimore”