The gun prohibitionists love to characterize those of us who care about our Second Amendment rights as “insurrectionists”. This is especially true of Ladd Everitt and Josh Horwitz of the Coalition to Stop Gun Violence (sic).

Frankly, if standing up for one’s Constitutional rights makes one an “insurrectionist” then I wear their epithet proudly. So proudly in fact that I bought the T-shirt. 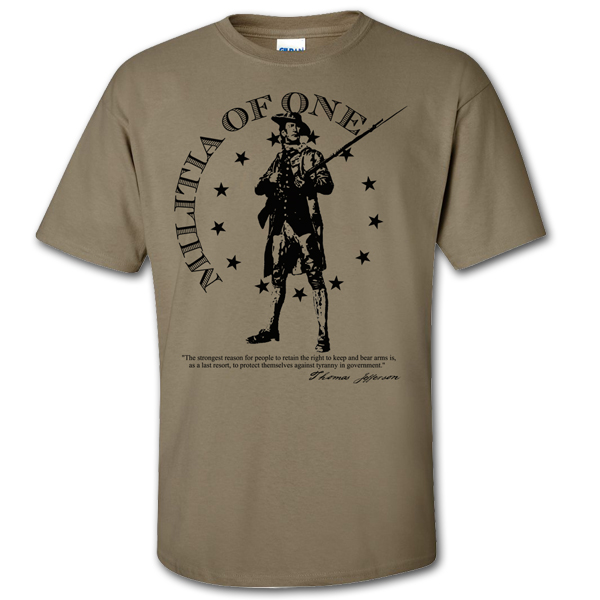 The quotation on the shirt is from Thomas Jefferson and reads, “The strongest reason for people to retain the right to keep and bear arms is, as a last resort, to protect themselves against tyranny in government.” That works for me.

The T-shirt is available from Gadsden and Culpepper in black and coyote for $12 plus shipping.

And for the FTC bureaucrats who have too much time on their hands, my only relationship with Gadsden and Culpepper is as a customer and I bought my coyote Militia of One T-shirt at retail.

3 thoughts on “If They Are Going To Call Us Insurrectionists, Might As Well Get The T-Shirt”