Josh Horwitz, the head of the Coalition to Stop Gun Violence (sic), is on this campaign to have you believe that, despite all the evidence to the contrary, gun ownership is declining.

The gun lobby is desperate to perpetuate its image as The Lobby That Cannot Be Crossed by Politicians in the face of a very harsh reality: Declining gun ownership in the United States.

As The Riddler used to say in the old Batman shows, “So riddle me this”. I think we can all agree that the economy is in recession. Moreover, small businesses are closing right and left due to the poor economy. So given that, why have the number of Federal Firearms Licensees been on the increase since January 2010?

According to data from the Bureau of Alcohol, Tobacco, Firearms, and Explosives, the number of 01 FFLs – dealers in firearms – has increased from 47,411 in January 2010 to 48,987 in February 2012. This is an increase of 1,576 dealers or a 3.3% increase during that time period. The days of the kitchen table FFL are, for the most part, long over due to the Clinton Administration. Thus, this means that 1,576 people thought the growth in the market for firearms was strong enough to invest their time and money into a storefront business.

You can see this in graphic form below. 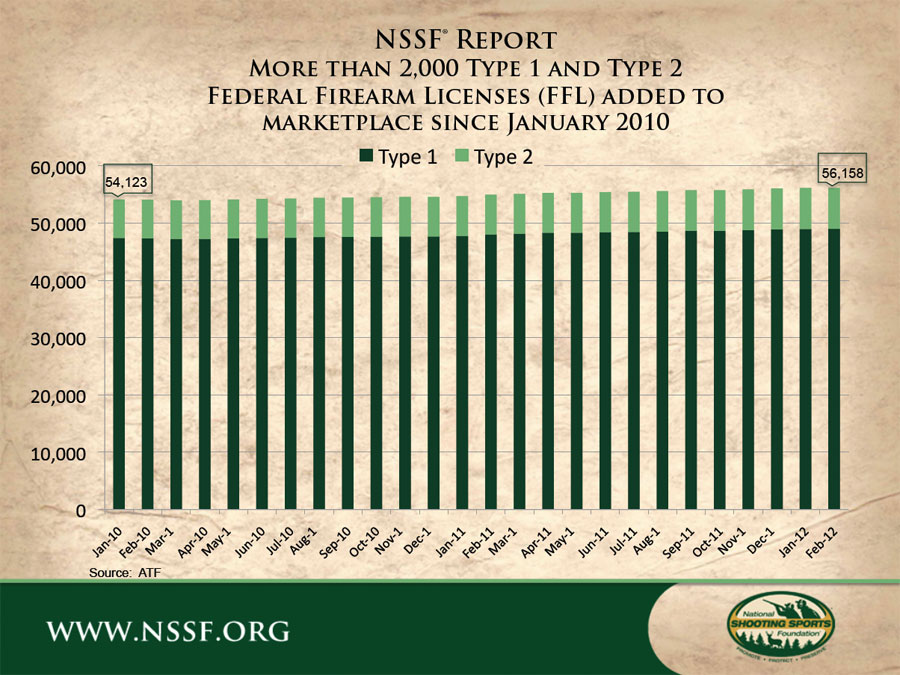 So riddle me this Mr. Horwitz, if as you claim the number of gun owners is declining and that the new sales are only going to existing gun owners, why would anyone in their right mind open a new gun shop in a bad economy? The answer is that they wouldn’t. So either those 1,576 people getting new dealer licenses are delusional pawns of the gun industry or you are deliberately trying to minimize the real growth in the number of gun owners to mask the ineffectiveness of your arguments.

I vote for the latter.

2 thoughts on “So Riddle Me This, Josh Horwitz”