This is getting to be something of a broken record – not that I’m complaining. March 2012 marks the 22nd straight month in which the NSSF-adjusted NICS checks (National Instant Criminal Background Check System) has increased when compared to the same period last year. 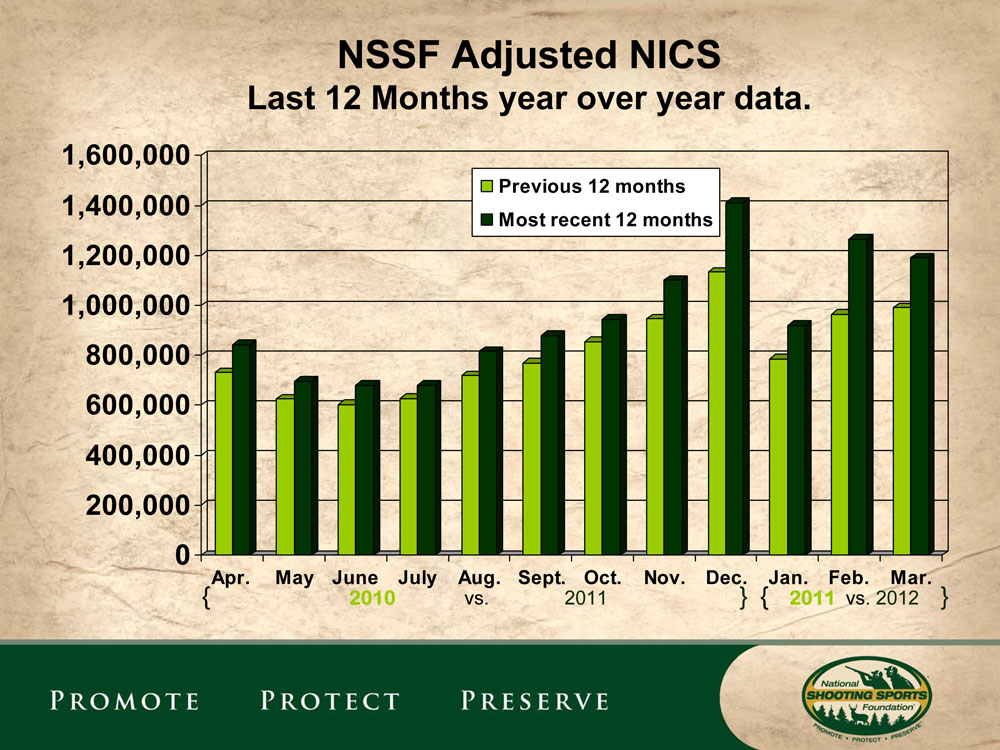 While NICS checks are not a direct correlation with firearm sales, they do give a good indication of the state of the firearms market. NICS checks are used by some states such as Kentucky, Iowa, and Michigan to conduct their concealed carry permit application checks. Moreover, in states such as North Carolina where a Concealed Handgun Permit is a substitute for the NICS check for the purchase of a firearm, you have some underreporting.

March 2012 was the highest month in the last decade with 1.2 million NSSF-adjusted NICS checks. It eclipsed even the then record number checks for March 2009 and March 2011. 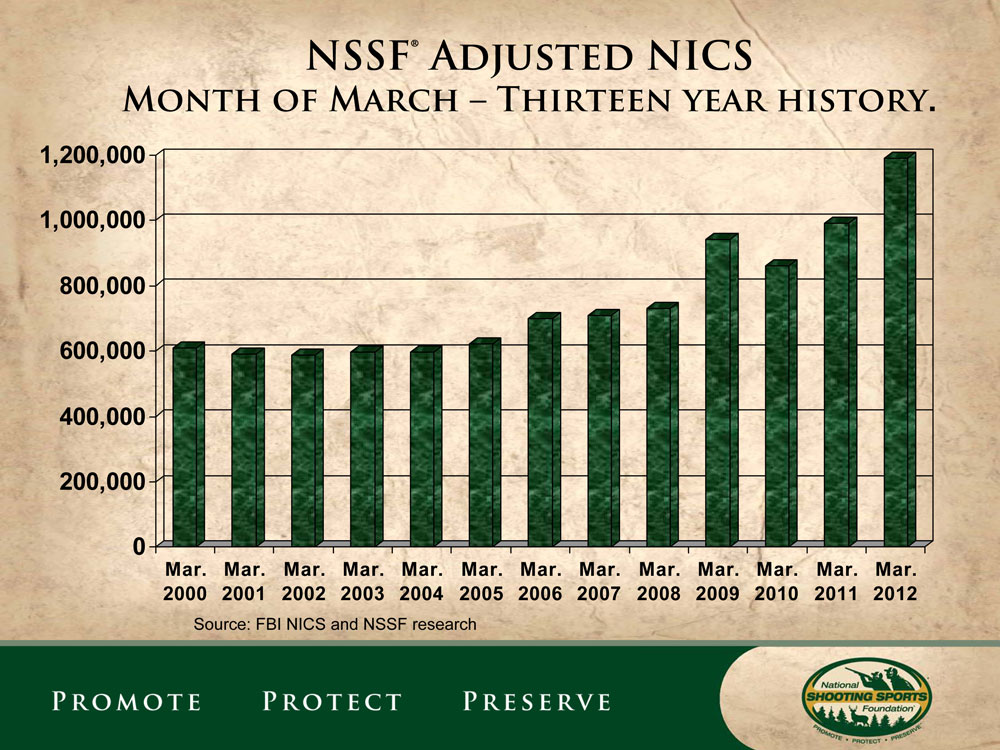 The possibility of Obama’s reelection is one factor frequently cited as the motivation behind the increased sales of firearms. While this certainly is a major factor, the increase in the number of women taking responsibility for their own protection as well as the growth in concealed carry has to factor in as well.

With this 22nd continuous increase from prior year periods, I think there is little doubt that we will see that the April and May numbers will mark the 23rd and 24th consecutive months of increases. Josh Horwitz of the Coalition to Stop Gun Violence (sic) can rant and rave all he wants that these figures are meaningless in terms of gun sales and new gun owners. The tide has turned and it is sweeping over him and his hoodie-wearing wannabe staffers just like the tsunami swept over northern Japan.

One thought on “22 Months And Counting”