NPR’s Audie Cornish interviewed the Kevin Perkins, director of the FBI’s Criminal Investigative Division, about what it takes to make the Ten Most Wanted List.

Perkins says that there are two critical factors that must be present for a person to be placed on the list. First, they must be “a present threat to society.” Second, it must be someone who, with the public’s help, “we think we can capture in a relatively short period of time.”

I think I can suggest a candidate for that tenth spot. This person has been implicated in an operation that involved the running of guns to narco-terrorists in Mexico. This has resulted in the death of an estimated 300 Mexican nationals and two Federal law enforcement officers.

Teams of investigators are actively seeking more information on his activities.

Here is a recent picture of this person. 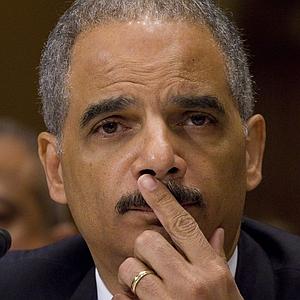