May marked the 24th straight month in which the NSSF-adjusted NICS checks were greater than the same period in the year before. While not a perfect correlation with gun sales, the NICS checks are indicative of the direction of the firearms market and the associated sales. The NSSF adjusts the gross NICS checks by dropping out the checks from Michigan, Kentucky, and Iowa that are used for CCW permit application purposes as well as those from checks on active CCW permits. 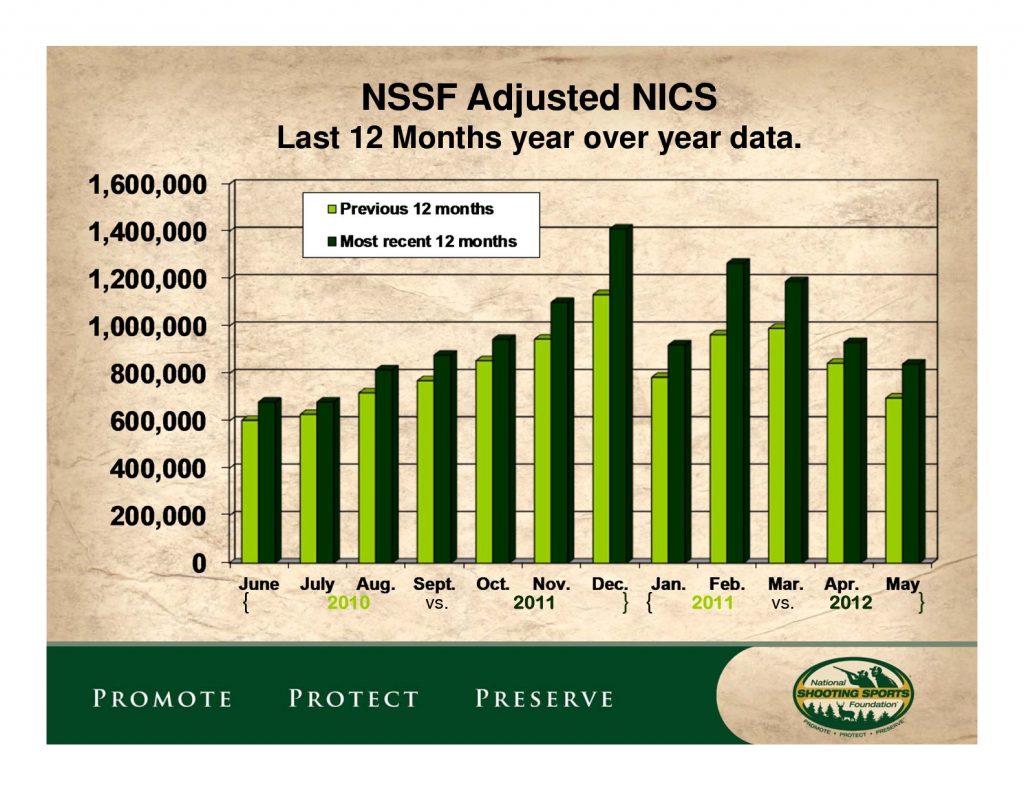 May 2012 also marks the highest number of NICS checks for the month of May over the last 13 years. It is almost double what is was in the year 2000. 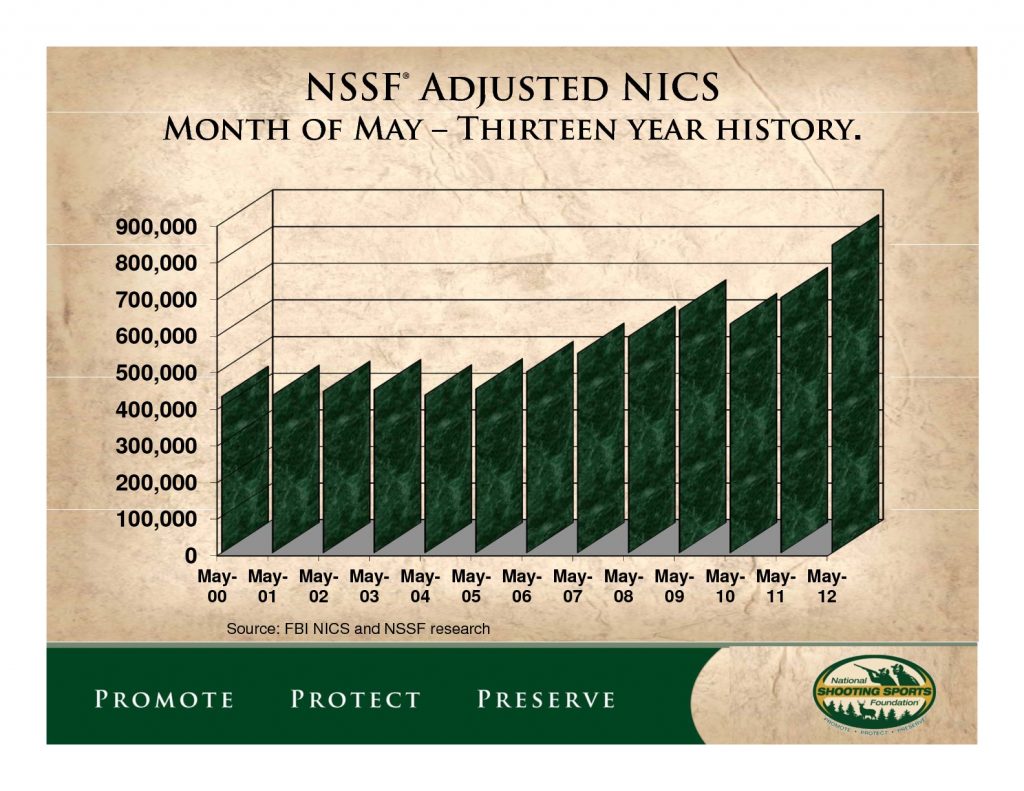 One often cited reason for the growth in NICS checks – and presumably gun sales – is the fear of an Obama re-election. However, I tend to agree with Michael Bane who has argued that the growth in sales is more a reflection of the growth of Gun Culture v.2.0 and the new entrants to gun ownership especially for personal defense.

While the presidential election is rather tight, it is not a runaway in favor of Obama and the latest Rasmussen daily poll actually puts Romney in the lead. Nonetheless, if it looks like Obama is solidly in the lead come September and October, I think then it will be Katie bar the door for gun and ammo sales. I really hope it doesn’t come to that.

5 thoughts on “24 Months And Counting”