It’s a good record. He has been both rated A and endorsed by the NRA-PVF going back to at least 2002. The archives don’t go back any further than that.

Gun Owners of America rates him an A. They define this as “A & A- Pro-Gun Voter: philosophically sound.”

On The Issues has this on his record on gun rights:

More recently, he was a co-sponsor of HR 822, the National Right-to-Carry Reciprocity Act, and HR 615, the Collectible Firearms Protection Act, which allows M-1 Garands and M-1 Carbines to be repatriated without State Department approval.

Ryan is also an outdoorsman. He reportedly proposed to his wife Janna at his favorite fishing lake in Wisconsin. Moreover, in what will drive the PETAfiles nuts, he includes pictures of deer and turkey that he shot on his Congressional campaign website. Here is Ryan with a nice 8-pointer. 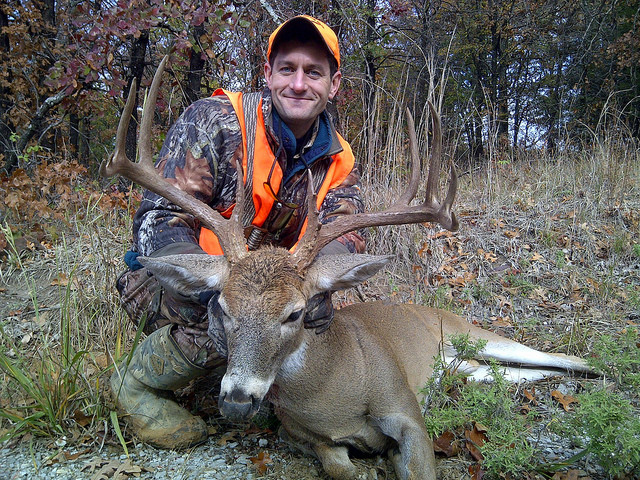 With regard to the contempt vote for Attorney General Eric Holder, Ryan said Holder brought it upon himself for stonewalling the Oversight Committee in the investigation of Operation Fast and Furious. The video of this interview can be seen here.

On the Department of Justice’s handling of the “Fast and Furious” operation:

Paul Ryan: Attorney General Eric Holder brought this upon himself. He has been stonewalling Congress for 16 months and, yes, he can avoid this if he brings the documents that have been requested for months.

NeilCavuto: Do you think a lot of cynics will say quickly that this is along party lines and this is sort of like a Republican cabal to embarrass the Attorney General and embarrass the White House. What are you saying?

Paul Ryan: I think what’s embarrassing is “Fast and Furious.” It is something that should never happen ever again and we need to get to the bottom of it. All Congress is doing is its job, detailed in the Constitution, to conduct oversight of the Executive Branch. We have separation of powers for a very important reason, to preserve liberty and limits to government, and this is being infringed upon by this stonewalling so we are just doing our jobs here in the Legislative Branch.

Finally, here is what a much younger Paul Ryan had to say to C-Span about gun control laws back in 1998 when he was a Congressman-elect. (Thanks to TTAG for the pointer on this.)

As a gun owner, I think Mitt Romney made a good choice with the pick of Paul Ryan as his running mate. As an American, I think he made an even better choice because of Ryan’s determination to not pass the buck on fiscal issues to another generation.
UPDATE: More on Ryan and the Second Amendment from HotAir.com. Also has another picture to drive PETA nuts not that they aren’t already.
Post Views: 445
Tags: 2012 elections gun rights Mitt Romney Rep. Paul Ryan