It turns out that Paula Broadwell and I have something in common.

You guys went to same school? Nope. She went to West Point and I, believe it or not, am a graduate of a Quaker college. Go figure.

You both have written a book? Alas, no. I haven’t written any books with or without a ghost writer though I’ve thought about it once or twice.

And no, I’m not having an affair on the Complementary Spouse!

Actually, what we both have in common are visits from the FBI. Her visits have been a little more “intense” and are related to harassing emails she supposedly sent to Jill Kelley. The visit I got was to my blog and it was from the FBI Criminal Justice Information Systems in Clarksburg, WV. Someone there was interested in the blog post I did on Paradigm SRP’s Gator Shotgun Spreader device. According to Wikipedia, their mission is:

The mission of CJIS is to reduce terrorist and criminal activities by
maximizing the ability to provide timely and relevant criminal justice
information to the FBI and to qualified law enforcement, criminal justice,
civilian, academic, employment, and licensing agencies concerning
individuals, stolen property, criminal organizations and activities, and
other law enforcement related data.

They are also the home of the NICS database. I’m guessing the CJIS wants to have info about the shotgun spreader device in their database. Either that or the title of my post, “If Society Disintegrates, I Want One Of These”, triggered some key word search function. I don’t believe supporting the Constitution and the Second Amendment rises to the level of “treason” or “insurrection” even if we are continually being called “traitors” and “insurrectionists” by the ne’er do wells at CSGV. 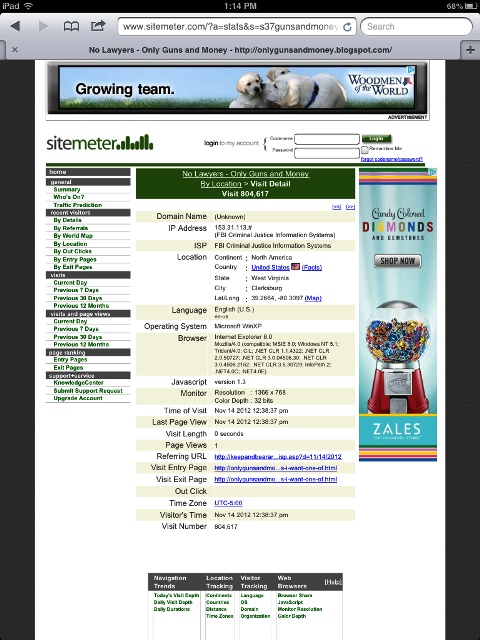 4 thoughts on “Me And Paula”